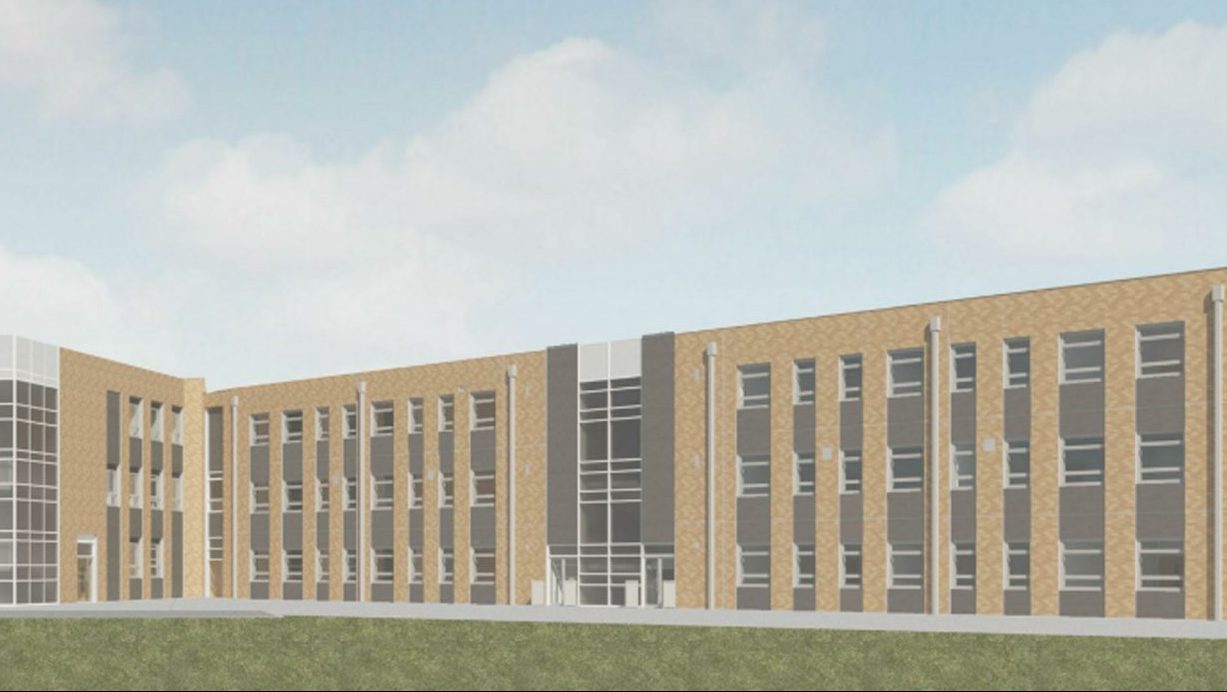 Work is about to begin on a £6 million expansion of the Boulevard Academy, which will increase capacity in response to a growing demand for places, as well as enabling it to offer a range of new courses from September 2022.

The Boulevard Academy on Massey Close, west Hull, welcomed its first pupils in September 2013. The school, which occupies the site of Hull FCs former Boulevard ground, was initially built to accommodate 600 students aged 11 to 16. But now, as the local population grows, a three-storey extension will be built on the existing school, creating an additional 300 places for students, taking the total capacity to 900.

The major expansion will include new dedicated rooms for food technology and textiles, meaning Boulevard will be able to offer courses in these subjects for the first time. There will be an extension to the existing multi-use games area along with an activity studio within the extension, improving the outdoor exercise spaces for students, as well as enhancing the internal PE provision.

Two specialist music rooms with four new practice areas for lessons and rehearsals will be introduced, whilst improvements to computer science facilities will add two extra suites and additional classrooms.

The project is being delivered by Hull Esteem Consortium LEP as part of Hull City Council’s £50 million investment into the city’s schools, with work due to begin late July.

Gavin Barley, general manager of Hull Esteem, said: “The expansion of The Boulevard Academy is going to open up so many opportunities for pupils, allowing the school to widen its curriculum and offer a variety of brand-new courses.

“The design will enable and facilitate the school’s preferred teaching format and curriculum through a more functional layout to boost departmental relationships as well as creating a bigger space for SEN support, group work and music practice all within a purpose-built space.

“We’re delighted to be able to work in partnership with Hull City Council and our local delivery partners, Sewell Construction, once again to deliver such an exciting education facility for the city.”

Janice Mitchell, CEO and principal of the Boulevard Academy, said: “It has obviously been an incredibly challenging time for everyone at Boulevard, as it has been for every school in the country, but our students and staff have been fantastic throughout and I couldn’t be prouder of the way everyone has responded.

“I’m delighted that our expansion plans have finally received formal approval. This significant expansion of our facilities and provision will mean we are able to respond to the increasing demand for places at Boulevard and offer new career opportunities for our students.

“Here at Boulevard, we are committed to providing our students with an outstanding, well-rounded education to give them the platform for success and this will help us do just that.”

External works will include developing the existing carpark to provide an additional 19 spaces, as well as the tarmac area of the playgrounds being increased slightly to allow for greater pupil numbers.

Councillor Shane McMurray, portfolio holder for children’s services at Hull City Council, said: “In response to the increase in the childhood population, we’re working with schools to increase not just capacity and choice, but a choice based around quality provision.

“We want to provide the best education possible in the best learning environments possible, and this is why we are investing around £50 million in the city’s schools.”

Hull Esteem is the local authority’s pre-procured framework which has led the delivery of more than £400 million of new and improved education facilities across the city through the BSF programme, as well as the most recent new build of Broadacre Primary School which celebrated reaching its halfway milestone last month, and further expansion of Kingswood Academy.

Through Hull Esteem, the council has a loyal, local supply chain with a demonstrable track record of delivering both capital projects and operational support services.

Sewell Construction has been appointed to carry out the works to the Boulevard Academy. Completion is expected in September 2022, and the school will remain fully operational throughout.