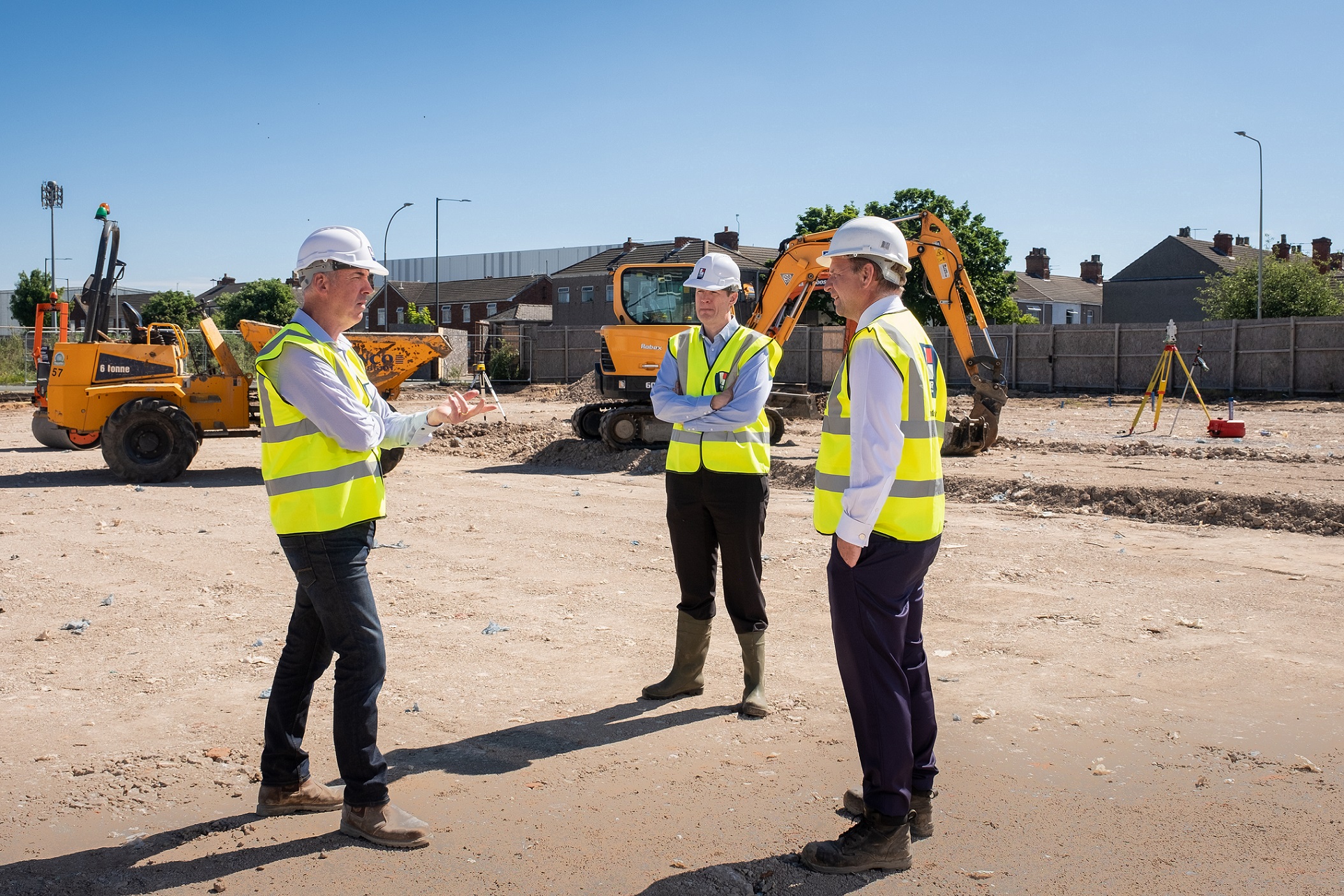 Construction has started to launch an exciting new era for a landmark site in Grimsby, bringing significant investment and new jobs to the town.

Developer Wykeland Group, which is leading several major schemes across Yorkshire and the Humber, is driving forward a multimillion-pound retail and leisure development that is set to transform the former Ramsdens Superstore site.

Working in partnership with Ramsden Group, the development by Hull-based Wykeland will encompass the site of the former superstore, which closed in 2016, some neighbouring properties and open land, and is ultimately expected to create 200 jobs.

Starbucks is the first operator to sign up to the regeneration scheme and work has now started on construction of an 1,800 sq ft drive-through and eat-in café for the world’s most popular coffee house group.

The single-storey venue on the corner of Cleethorpe Road and Park Street will be the first Starbucks drive-thru in Grimsby and will act as a catalyst for further investment on the brownfield site.

Wykeland is at the forefront of development across the Humber, particularly in Grimsby as the owner and developer of the Europarc business park, and this latest scheme is further evidence of its commitment to the town’s regeneration.

Wykeland development director Jonathan Stubbs said: “We’ve been a committed investor in Grimsby for many years and proud to have now taken the development of this key site in the town into the build phase.

“The construction of this Starbucks facility signals the beginning of a new chapter for the former Ramsdens Superstore site.

“Since announcing Starbucks’ commitment to the scheme we have seen a strong upturn in enquiries from retail operators and we are actively pursuing these opportunities.”

Nick Ramsden, managing director of site owner Ramsden Group, which operates retail and wholesale businesses from Grimsby and is one of the town’s largest employers, said: “It is very exciting to see this major regeneration project get under way with the start of construction of the new Starbucks.

“This marks the rebirth of this important site, which will bring in significant investment and create much-needed jobs in Grimsby at a time when the economy has been disrupted by the Covid pandemic.”

Foundation and groundworks have already been carried out on the site ahead of the expected opening in October. Up to 25 staff will be employed at the new Starbucks.

North East Lincolnshire Council has granted full planning permission for 89,000 sq ft of retail and leisure space on the site of just over four acres. The development will also include parking for more than 200 cars and facilities for disabled people and cyclists.

David Maughan, contracts director at contractor PDR Construction, said: “We are delighted to have started construction work on the Starbucks drive-through and café, which represents the beginning of the wider regeneration of this landmark location in Grimsby.

“This development will completely transform the local area at a time when it is needed more than ever and we are proud to be playing our part.”