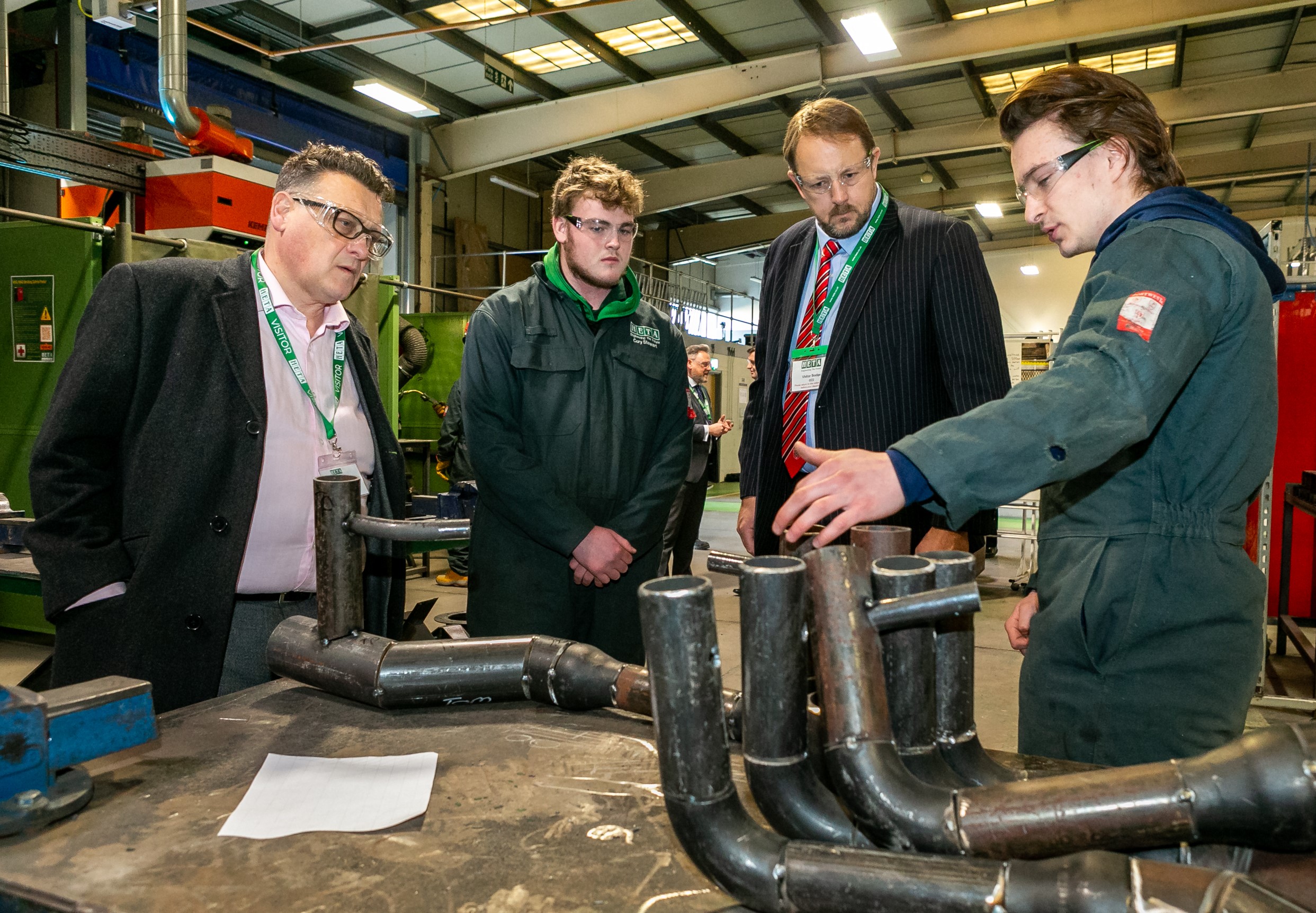 The head of a leading engineering training business says his organisation is “fighting with one hand tied behind our back” because of a lack of funding to support its work with learners and employers.

Mr Elliott made his appeal during a fact-finding visit to HETA’s Hull headquarters by Toby Perkins, Shadow Minister for Skills and Education and the MP for Chesterfield and Staveley.

They were joined on a tour of workshops by Mark Maudsley, who brokered the visit in his role as chief executive officer of GTA England.

HETA was formed in 1967 and is on course to repeat its record-breaking year from 2021 of receiving more than 800 applications for around 200 learner places at its sites in Hull, Scunthorpe and Stallingborough.

The company has always been employer-led and has ambitions for further growth with plans due to be submitted soon for a new facility at Stallingborough geared to meet the rising demand for training from existing and incoming industry.

Mr Elliott said: “There isn’t any capital funding and the government has got to start thinking about how it can get more funding to source which will actually encourage growth. There has got to be a level playing field for all skills providers. We would like to see some of that funding coming into organisations like GTAs.

“We have growth plans to get more learners on board and deliver more commercial training which is what employers want. In order to do that we need to redevelop our facilities and at the moment we are doing that with one hand tied behind our back.

“I would love to see some of the levelling up coming here because it doesn’t exist at the moment in terms of the skills sector. For many businesses getting growth funding is just too difficult.”

Learners faced probing questions as the VIP group asked about the route from school to apprenticeships and traineeships, which are given greater recognition at HETA as pre-apprenticeships.

Katie Blanchard, 27, from Beverley, told how she held admin roles in construction and insurance and had no interest in STEM subjects until she went to Rwanda with her Girlguiding group and experienced building houses with sticks. Now she is learning mechanical and electrical engineering at HETA and is employed by Karro Food Group.

Ibrahim Aziz, 18, from Hull, joined HETA in September after leaving Ron Dearing UTC and is now an apprentice with Reckitt working at HETA on mechanical and electrical engineering. He told how his interest in engineering was fired by taking his toys apart as a child.

Ethan Bowman, 16, from Hull, started at HETA after secondary school at Trinity House. He is now doing an electrical pre-apprenticeship course and trying to find an employer who will help him pursue his ambitions of working in instrumentation in renewables.

He said: “The traineeships are a great programme for people who can’t find employment. If they didn’t exist I wouldn’t be at HETA today.”

Mr Perkins, who also spoke to representatives of PLCs that use HETA for training, said Labour was generally supportive of the provisions of the Skills Bill but he wanted to see more detail around the role of GTAs and independent training providers, who he sees as the best at selling apprenticeships to employers.

He said: “Despite skills shortages, the number of apprentices in the engineering sector has remained flat in recent years. We talked about how employers use the apprenticeship levy underspend because Labour’s wage subsidy policy would apply it to create 100,000 new apprenticeships, with 12,970 specifically across Yorkshire and the Humber.”

Mr Maudsley said it would be a missed opportunity if the government failed to involve HETA in shaping the Skills Bill.

He said: “Independent providers deliver 75 per cent of apprenticeships – why wouldn’t you want an organisation like this which has good links with employers and can prove it is getting people into employment and hitting targets? The learners have told me today that going to HETA transformed their lives.”

He said: “That reinforces the need to demonstrate the high quality that HETA can deliver, working with employers and helping young people develop their engineering skills, their business skills and their human skills. HETA is a benchmark for how to do that well.

“If we can help to shape policy for whichever government that’s great. It’s important that people get out of Westminster and listen to the learners and employers who matter. Toby had some very good conversations with the learners and spent a lot of time listening.”

Mr Perkins said: “HETA is an excellent facility and we need more like it. I definitely leave better informed in terms of traineeships and in terms of the role of the independent sector and its engagement with employers.

“It was also good to meet the learners who were superb. The best antidote to the idea there’s something wrong with this generation is to actually meet some of them.”