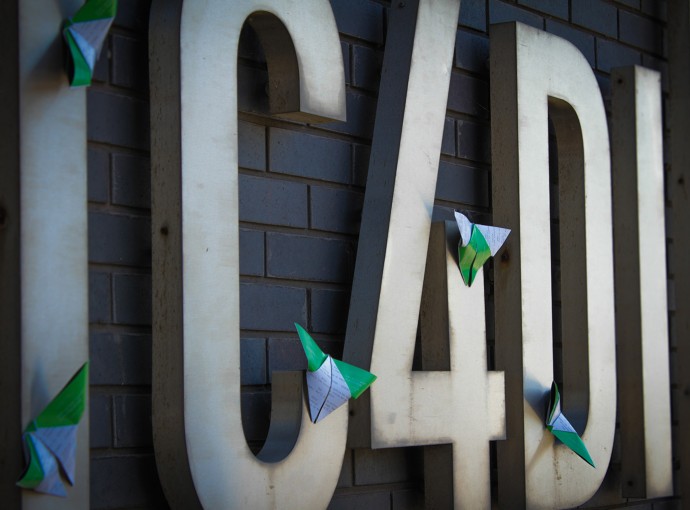 The team responsible is Drunk Animal Creative Studio, which has teamed up with Restart Productions, a recently established Hull based production company, to celebrate the launch of its first short film.
Restart Productions​ focuses on current issues to both highlight those that are lesser-known and continue the conversation for those already under scrutiny. Its current short film is ​HOME​, which has been made in association with the University of Hull, the Wilberforce Institute, Humber Modern Slavery Partnership (HMSP), and the team at Drunk Animal Creative Studios.

“We want to tell stories of the working class, of social injustice, inequality, and other subjects that we believe deserve attention,” says Paul Morris, director at Restart. “Inspiration comes from everywhere – our own life experiences, people we know, stories we’ve heard, and these will all contribute to our productions over the coming years. Another part of our ethos is to encourage the Yorkshire film industry, as we want to nurture talent and not only create work in the north, but also support it. We want to potentially visit schools and colleges, develop relationships, and reassure students who want to be involved in the arts that they can succeed.”
The inspiration behind ​HOME came after Paul had worked with Hull Homeless Community Project, whose founder, Andrew Smith, is also the chairman of HMSP.
“This didn’t immediately materialise into anything,” says Paul, “but some months later when I was away working on a film in Essex I had an idea for a film, which is the foundation for ​HOME​. I wrote the script based on this idea and then spoke with HMSP to legitimise the film – where possible, we want to tell honest stories and not sensationalise them.”
The aim of ​HOME is to entertain the audience while educating them about modern slavery, which is still a subject that many people don’t know about. Paul says he and the team at Restart hope that people will be shocked by the circumstances in the film, look further into them, learn to be aware of the signs, and maybe even help someone in need. As well as the recent premiere at C4DI and two more screenings in summer, Restart has secured a showing of the film at the Wilberforce World Freedom Summit in September.
Though Restart is relatively new on the scene, you may recognise some of the cast of ​HOME.​ Lily-Rose Aslandogdu, who plays the lead, is only 16, but has already made her presence felt – most notably in the Save the Children advertising campaign ​Most Shocking Second a Day​, which to date has more than 62 million views on YouTube, and she was also in ​A Monster Calls a​nd The Alienist. ​Playing her father, ​Ian Beattie is a seasoned actor and known primarily for his notorious role in ​Game of Thrones a​s the much-disliked character Ser Meryn Trant. He has also starred alongside Colin Farrell and Angelina Jolie in ​Alexander. ​Daniel Mihai, who plays Dorin, is a slightly different story: for the role of this character, Restart wanted someone who was actually from one of the countries with the highest modern slavery rates. They put out a casting call and auditioned about 10 people from Eastern and Central Europe, and Daniel (from Romania) really stood out from the crowd.

As for the future, Paul says: ​“​We have a flexible plan laid out for the coming years, as we know what we want to achieve but we also know how the film industry can be, so we need to be willing and able to adapt and evolve with it. We are currently in development for two more short films, alongside three documentaries and in the very e​ arly developmental stages of our debut feature film.
“Funding can be tough for even some of the most experienced filmmakers, let alone a new production company, so we are aware this won’t necessarily be an easy journey but it is the one we are passionate about and we won’t be deterred. We are in talks with local organisations and businesses as well as the BFI to source funding for these projects and are optimistic of the outcome.”
You can catch ​HOME at Thieving Harry’s down Humber Street on Thursday (July 18) at 6pm, which is a free event that anyone can simply turn up to. It will then be shown at the Bonus Arena on Friday, August 2, at 6pm, which is also free but tickets need to be booked in advance.