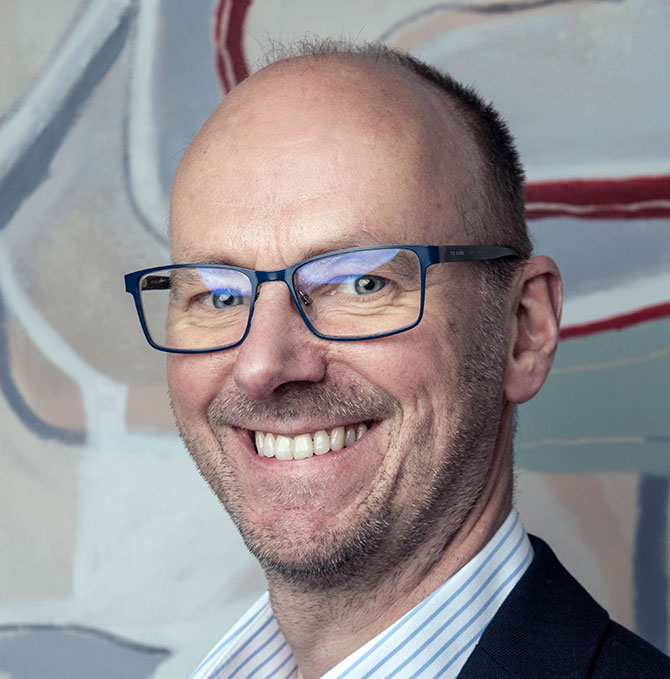 Pure Renewables is on a mission to make it easy for gas fitters to enter an exciting new market. Founder Chris Whitelock talks to Sam Hawcroft

Former environment secretary David Miliband might not know this, but he’s indirectly responsible for the launch of Hull-based Pure Renewables 15 years ago.

Chris Whitelock had just returned from a trip to the US in 2006, and, still feeling a bit jetlagged, was up watching the news channels in the early hours. He heard Miliband saying that the UK would face an energy crisis over the next decade. “Literally a shiver went down my spine when he said that, and I just thought, I want to do something about this,” says Chris. “I want to be part of this, and hopefully the solution to it. So I began scribbling down a business plan on a side of A4.”

He’d initially thought about going into wind power, but soon realised that would be a non-starter due to issues around planning permission and the fact the industry would be largely offshore. He began to look at other renewable technologies and came across ground-source and air-source heat pumps, which he admits he’d never really heard of before – but, then, neither had most other people back then. “I thought they sounded really interesting,” says Chris. “And then I got in touch with a company in Sheffield who were distributing them, and they were falling over themselves to have people sell the pumps for them.”

Chris, who was born in Zimbabwe and came to the UK at the age of 10, had no previous knowledge or experience in renewables – in fact, his background was in the music industry. He had been working for a niche gospel music label, reporting to a manager who was working from home in Hull. Chris was asked to move up from London to Hull to help develop the international side of the label, and that’s how he ended up in the city. “But in 2006,” he says, “I just had a sense that I wanted to do something of my own, and grow and develop my own business. And I had done a geography degree, and one of the major modules was around the environmental aspects of sustainability. So it kind of came together.”

Despite his lack of experience, the principles of business remained the same. “The key thing I learnt during my time in the music industry was to surround yourself with people who have more experience than you, and know better than you about that product or industry,” says Chris. With the support of the Sheffield firm he was able to design heat pump systems for a number of its customers, and he gradually got to know some of the engineers who were doing the installs. Some of these were subcontractors whom Chris eventually started to employ directly.

But it didn’t happen overnight, of course. He fully expected his boss at the music label to say it was a “crazy idea” – but he actually said, “I think there could be something in this, but you need to keep a roof over your head and feed your family – so carry on with the day job and pursue this idea on weekends and evenings to see if it gains any traction.” So that’s what Chris did – and it did gain some traction. He spent about two-and-a-half days a week on his renewables company, and within a couple of years ended up doing it full time.

By now, Chris had made Hull his home, with two sons in full-time education in the city, so there was no question about where the business would be based. But Hull had other things going for it, too. “I don’t know a city that’s quite so well-networked and supported, from a business point of view, than Hull is. I joined For Entrepreneurs Only, and I still don’t think there’s a similar group anywhere else in the country. The support and mentoring that I got through that was really, really good. And labour and property costs are more reasonable, so I think from a cost base, Hull is a really good place to start a business.”

The business was entirely self-funded, with an initial £10,000 “squirted in” by Chris and a previous director, and he admits that for the first seven or eight years it was very “hand to mouth”. “Every month we’d add up the income and expenditure and most times we were on the right side, but sometimes we weren’t, and that was tricky. We were flying by the seat of our pants for a while, to be perfectly honest. But what’s happened in the past five years, of course, is that the whole focus on the environment and renewable energy has become a lot more mainstream, so that’s been great for us. And now we’re positioned very, very well for strong growth.”

The company has expanded to a team of nearly 30, and is now looking to tap into the huge network of “one-man-band” gas fitters around the country with its new Heat Pumps to Go solution. With the drive towards decarbonisation and the gradual phasing-out of new gas boilers over the next few decades, more and more plumbers and gas fitters are looking to enter the heat pump market. Indeed, a report from the Social Market Foundation in February said Britain needed to recruit and train an “army of plumbers” to achieve the goal of net-zero by 2050.

“However,” says Chris, “they have to jump through quite a few hoops in terms of accreditation – which we already have – and we’ve also got the experience and the design knowledge. So what we’re looking to do with Heat Pumps to Go is say to Joe Bloggs the plumber, ‘Come to us – give us the details of the property you want to install the heat pump into, and we’ll do the design for you, and we will also cost everything for you, including the design, which is fully indemnified, and you go and install it and you charge the customer whatever you want to charge them.’ And then we do the commissioning as well.”

The idea is to take all the risk out of the process for SME heating engineers, adds Chris – and it also means that their customers can access the Government’s boiler upgrade scheme, which will offer up to £5,000 towards the cost of an upgrade from April this year.

While Chris and his team are constantly keeping across the increasing competition and the inevitable changes in retail prices, he says Pure Renewables’ customers prize integrity, quality and trust over cost – which isn’t surprising, given the fact that the market tends to be among the higher-earning AB demographic. But if the Government is serious about saving the planet, it needs to make renewable technology affordable to lower-earners, too, surely?

“The upgrade scheme is designed to incentivise the uptake of heat pumps,” says Chris. “The cost of putting one in the average home would be between £10,000-£12,000. With £5,000 off that, that does still sound costly, I understand that – but a heat pump has double the lifespan of a boiler. So if you’re spending £3,000 on a new boiler, you’ll have to do that again in about 10 or 12 years’ time – whereas you can spend, say, £5,000-£7,000 on a heat pump and you won’t have to replace it for 20-25 years. The long-life cost is actually cheaper and it’ll be more efficient to run – and there are also preferential electricity tariffs for heat pump owners.” As gas and oil prices spiral ever higher, this makes heat pumps look an increasingly attractive prospect.

A recent restructuring of the business has seen the trading name of Pure Renewables become Pure Renewables Ltd (the original company was actually called Pure Solar Ltd), with the separate commercial arm, Pure Renewables Commercial Ltd, being set up last year. The latter is well placed to cater to the new-build market, as by 2025 developers will not be allowed to put gas mains into new properties, and by 2035, existing gas boilers will have to be replaced by renewable sources – and heat pumps are really the only viable alternative, says Chris. “There’s a lot of talk about hydrogen,” he says, “but, quite frankly, that’s way off – and it might not even be viable, certainly not for the foreseeable future.”

Educating people about the technology has been one of Chris’s greatest challenges, especially in the first decade of running the business. “For a long time there was this mantra going around that heat pumps didn’t work in existing buildings. Well, that’s absolute rubbish – they work very well.” A July 2021 report by the Energy Saving Trust, “Setting the record straight on heat pumps”, backs this up, busting numerous other myths including claims that they require more maintenance than boilers and take up too much space.

But it’s not just heat pumps that Pure Renewables specialises in now – it’s also an expert in solar panel installations, underfloor heating and MVHR (mechanical ventilation with heat recovery) systems, for domestic and commercial customers. They’ve won numerous awards in the past few years, including Best Small Business in the Humber Renewables Awards – twice – and the East Riding of Yorkshire Chairman’s Business Award. Chris suggests that it wasn’t just David Miliband who paved the way for his new career in renewable energy – there was perhaps a bit of “divine intervention”, too. “I’m a man of faith, and I feel that I was almost mandated to do this,” he laughs. “I mean, what caused me to focus on the heat pump side of things all those years ago when nobody really knew what one was…? But now is absolutely the time and moment to be in this market. It’s very exciting.”