Dedicated base for children with autism inspires awareness-raising project 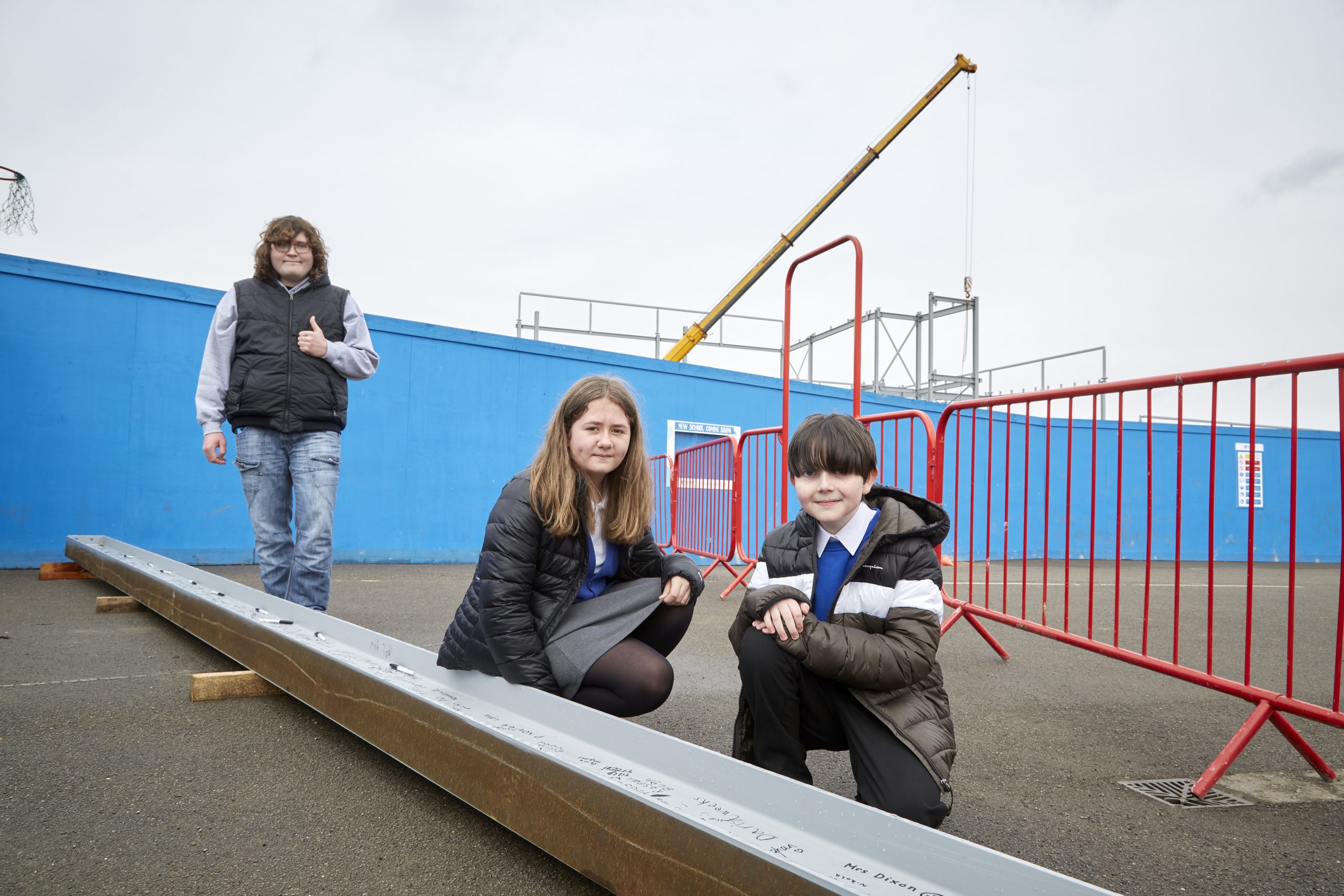 The team behind one of Hull’s first purpose-built bases for children with autism is raising awareness of the condition among pupils and its workforce.

The school will include a 10-place base for young children with autistic spectrum condition, a developmental disorder that affects communication and behaviour.

The school and Sewell are keen to ensure everyone at Broadacre and on the new-build site is aware of autism and every class has completed a mini project on the condition to learn more as World Autism Awareness Week gets underway from March 29 to April 4.

They have also teamed up with aspiring local illustrator and children’s author Luke Garner, who has Asperger’s syndrome, a form of autism.

Luke, 22, has been commissioned to brighten up the hoardings around the project and inspired Broadacre pupils to do the same with their own designs.

Lisa Staines, executive headteacher at Broadacre Primary School, said: “The children who will attend the ASC base will have a blended learning approach, working in both the base and the mainstream school. It is really important that they are part of our school community and that all of us have a good understanding of autism.

“Getting Luke and the children involved in brightening the hoardings and Sewell raising awareness of autism among its team is wonderful.

“The children had their first glimpse of their new school through the window in the hoardings last week and everyone is so excited to see it taking shape.”

Luke, who is supported by the Goodwin Development Trust, said sharing his designs on a project of this scale was a great opportunity for him.

He said: “I have Asperger’s syndrome and I’m proud. I want to show people what I can do and it’s nice that others believe in me too. It’s an honour to be involved and be an ambassador for autism awareness.”

Sewell Construction project manager Martin Standley said he expected about 1,000 people, ranging from contractors to suppliers and beyond, would visit the site over the duration of the project, and the majority would complete an induction including a dedicated element on autism awareness to increase understanding of the condition.

Kerrie White, diversity and inclusion lead at Goodwin Development Trust, has provided advice and information on ASC to the Sewell team, alongside Martin’s daughter Emma Standley, who is preparing to study a doctorate in child psychology.

Martin said: “We want our team to know that the project they’re working on in is more than just a building and much bigger than their individual daily jobs.

“They’re making a significant positive contribution which will ultimately improve children’s lives and make a real difference. Raising awareness of autism may even help them and their families if they have a child or know of someone who has the condition.

“We’re really proud to be able to do this and it’s a joy to be involved in something that’s more than a building project.”

The new school will increase capacity by 210 pupil places, creating a 630-place school, including a 52-place nursery, enhanced external spaces and teaching areas, and a fenced multi-use games area, following the rise and expansion of local housing.

Year six pupil Charlie Burgin, 11, said: “We’ve learnt that children with autism see things differently, they have different needs and we have to be patient. I’m looking forward to more children joining our school.”

Fellow year six pupil Ebony Caulfield Fryatt, 11, said: “People with autism have different sensory needs and we’ve written poems about autism. It’s really good that our new school will be able to fulfil everyone’s needs. We can see it being built from our playground.”

Work is progressing on the new school and the team removed thousands of tons of earth to make way for the foundations before building work began on the steel structure. Construction of the upper floors and the ground floor slab will follow in the coming weeks.

Broadacre Primary School is part of the Humber Education Trust and the new building will be open to staff and pupils in February 2022.

The existing school, next to the site of the new building, will then be demolished and new school playing fields will be open once the pitches are established.

Councillor Peter Clark, portfolio holder for learning, skills and safeguarding children at Hull City Council, said: “This will be a fantastic learning environment for children with autism, and it’s just as fantastic that this project is involving all children at Broadacre Primary in the understanding of autism. Well done to everyone involved.”

The project is being delivered by Hull Esteem Consortium LEP, the council’s pre-procured framework which has led the delivery of £400 million of new and improved education facilities across the city, along with culture and leisure regeneration projects, including Hull New Theatre and Ferens Art Gallery.

Esteem general manager, Gavin Barley, said: “This school is very much needed and it is going to be a fantastic education facility that the pupils, staff, Humber Education Trust and everyone involved can be proud of.

“We’re delighted to be working in partnership with Sewell Construction to deliver this project, and I’m pleased that we’re able to raise awareness about ASC amongst staff, pupils, contractors and the wider community while the new provision is being built.”