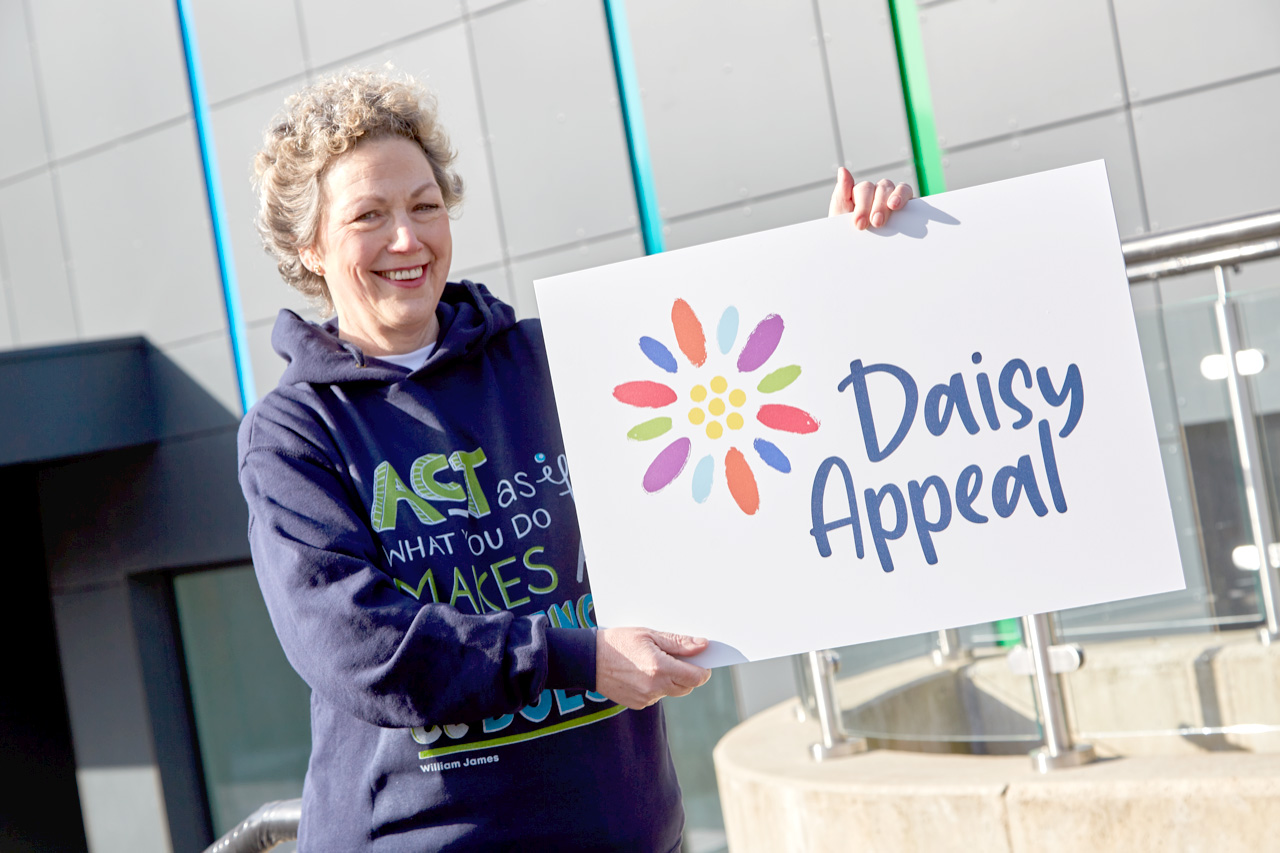 The charity behind a campaign to raise £8.5 million to provide a Molecular Imaging Research (MIR) Centre at Castle Hill Hospital is hoping for a big response from corporate and community supporters after taking a starring role in the recent Humber Business Week.

The Daisy Appeal featured in a film that was premiered as part of the Business Day finale to the week, with a camera crew going behind the scenes with the charity and its partners to tell the story of the life-saving work which is driving research into cancer, heart disease and dementia.

Claire Levy (pictured above), Daisy Appeal fundraiser, said the project delivered some important messages about how businesses and the general public can support the charity’s work aimed at offering quicker diagnosis, better treatment and improved quality of life for people across the Hull and Humber region.

Claire appears in the film and talks about the wide range of activities and events which bring in money for the charity, from sky-diving and distance running to ukulele performances and even shopping.

Business consultant Mike Igoe also features and reveals details of a new initiative that will enable businesses, their employees and contacts to help the campaign.

Claire said: “The film has given us a great opportunity to raise awareness of the Daisy Appeal and the difference it can make to families across the region, showcasing the pioneering work of the charity and our partners at the University of Hull and the Hull University Teaching Hospitals NHS Trust.

“Above all we hope it will inspire people to support the Daisy Appeal. One supporter did a skydive and others have helped us with more routine activities – we will be receiving £1,000 from Tesco’s Bags of Help programme and we recently banked more than £2,000 from Amazon Smile for purchases made on Amazon by our supporters during the first quarter of the year.

“Arnold Clark, the leading independently owned car dealership, has also donated £3,000 and we hope the film will help us reach more businesses whether they are local, national or international.”

The film, put together by Eon Visual Media, was introduced by broadcaster Gyles Brandreth as he hosted the Business Day event at Bridlington Spa for an online audience across the Humber region.

Dr Maggie McGowan, director of research, innovation and development at the university, tells how the facilities will help people in the Hull and Humber region to access molecular imaging without having to travel long distances and will speed up diagnosis.

Dr Azeem Saleem, reader at the university and honorary consultant in clinical oncology at the Queen’s Centre at Castle Hill Hospital, said the partnership supports a comprehensive and integrated bench to bedside service.

Professor Nick Stafford, chairman of the Daisy Appeal, is filmed outside the new MIR Centre and discusses the previous achievements of the charity in raising a total of £20 million since 2000 to fund cutting-edge research and state-of-the-art equipment and facilities.

They include the £8 million Daisy Appeal Medical Research Centre opened in 2008 and the £4.5 million Jack Brignall PET-CT Scanning Centre, which opened in 2014.

Nick also highlights the need for people to continue to support the Daisy Appeal as it works to complete the new centre and cover running costs.

The Daisy Appeal has now raised £7.5 million towards its target for the new centre, which is expected to become operational later this year.

To view the film on the Daisy Appeal website please visit daisyappeal.org/blogs/news/starring-role-for-daisy-appeal-film-at-humber-business-week