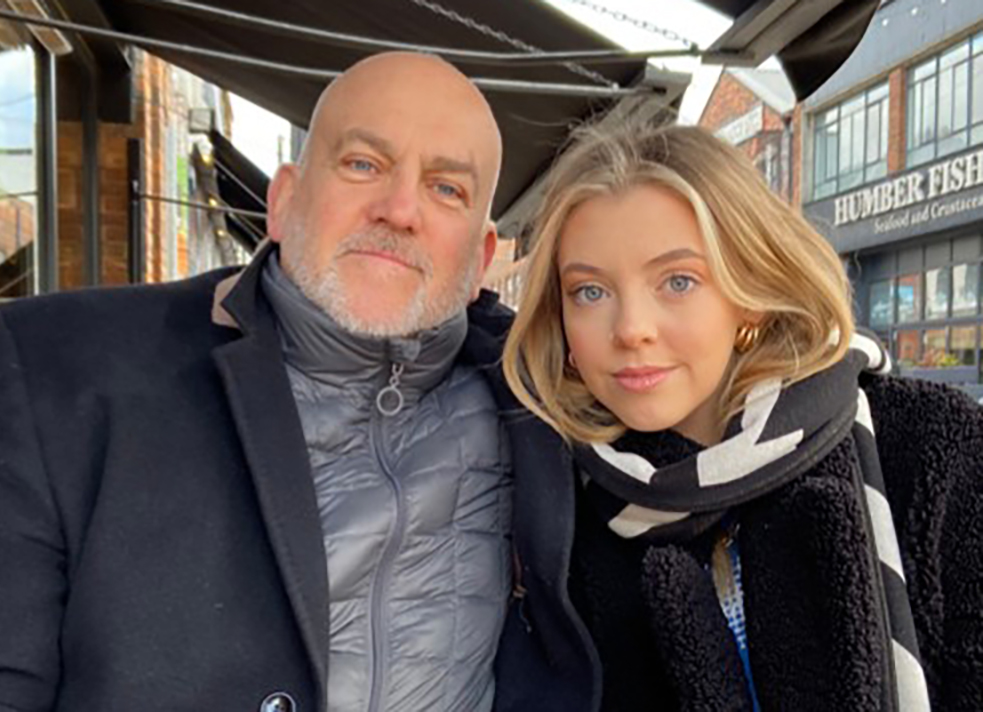 The business acumen behind a string of productions that provided a lifeline for Hull Truck Theatre will come under the spotlight as part of the Elevenses interviews at Humber Business Week.

The event, which will take place at the University of Hull’s Aura Innovation Centre on Wednesday, June 8, will also explore the wider career of John Godber, the man responsible for works including Up ’n’ Under, Bouncers and Teechers and one of the most performed writers in the English language.

Paul Sewell, chairman of Sewell Group, a co-founder of Business Week and the host of Elevenses, also intends to take a longer term look at the Godber family legacy in the shape of the Godber Theatre Foundation, set up by John’s daughter Martha to support promising young creatives from the East Yorkshire area.

Paul said: “We’re presenting a double act of John and Martha and the subject matter will be about more than just the links between business and culture.

“John arrived at Hull Truck in 1984 as the son of a miner who had left a steady job in teaching to take a role as artistic director which he soon found out was an extremely perilous position!

“There’s a classic story in there about risk and reward, and about the innovation which followed as John pioneered a format of putting on plays which delivered high entertainment at low cost, becoming a cultural commodity in the process.

“Martha addressed the economics of theatre from a different angle, setting up a foundation which helps talented creatives to bridge the financial gaps they face. It’s supported and launched many careers and we want to ask Martha about success and sustainability.

“And then there’s Brand Godber. John was at Truck for 26 years until he left in 2011 and now the theatre has named its studio after him. Meanwhile Martha is part of the cast currently impressing Hull Truck audiences with Teechers Leavers.”

John set up the John Godber Company in 2011 with his wife Jane, herself an award-winning actor and writer for stage, screen and radio. Martha is an award-winning actor who also works as social media manager and graphic designer for the family firm. Her sister Elizabeth is an administrator, producer and freelance stage manager working for the company and for other theatres and organisations across the UK and Europe.

Paul said: “Maybe we’ll also talk about the dynamics of running a family business, but you could say it will be an immersive production. We’ll set the scene and then find out where the audience takes us!”

The first Elevenses event will feature Alastair Campbell, a writer, communicator and strategist, who is best known as former Prime Minister Tony Blair’s spokesman, press secretary and director of communications and strategy. For his Elevenses slot on Tuesday, June 7, the spotlight will fall on Winners and How They Succeed, his 2015 volume which explores the achievements of an array of global household names and analyses what it takes to win in politics, business and sport.

Retired boxer Tommy Coyle won the Commonwealth lightweight title in 2018 and retired the following year to launch his Boxclever community project and focus on the transition from boxing to business.

In partnership with Siemens Gamesa, Coyle Health and Wellbeing this year won the Best Physical Initiative category in the Great British Workplace Wellbeing Awards for a unique programme of wellbeing education and support which they deliver to more than 700 workers at the firm’s wind turbine assembly factory in Hull. Tommy will take his seat at Elevenses on Thursday, June 9.