Cucina1884 opens doors to the public 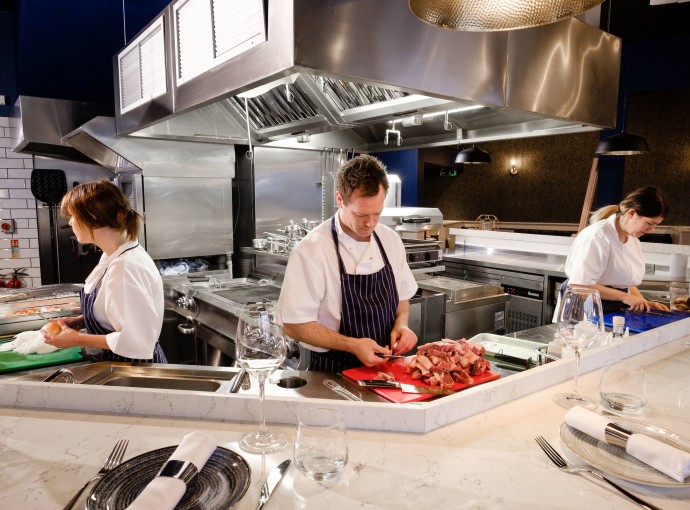 The latest addition to the award-winning 1884 Restaurants group opens its doors to the public today as the company’s first venture outside Hull city centre.
Cucina1884 takes the acclaimed brand to Hessle, and a prime site on the corner of Ferriby Road and the Weir.
The opening comes three months after the company began the transformation of the property, with anticipation building every day as passers-by have peered through the picture windows.
Jane Cook, director of Cucina1884, said the test events held with family and friends at the weekend had put her team through their paces, and all were now eager to impress the diners.
Jane said: “They have already got through an incredible amount of work because there was so much to be done to the premises. It used to be a restaurant, but our vision has always been for something completely different, something unique in Hull and East Yorkshire, and we have not compromised on that.
“The other restaurants in the 1884 group each set new standards when they opened and we have done the same. There was pressure from the start, and that intensified because we are in a prime location and we had a lot of people watching through the windows and looking forward to our opening.
“We’ve made it, and there’s no time now to put our feet up! We’ve already got a lot of reservations from people who want to try something new, and we’re then straight into the Christmas bookings.”
The company’s other recent venture, Steak1884, opened last week as a reimagination of a Manhattan steakhouse in Humber Street, Hull. 1884 Wine & Tapas Bar, which opened in 2015 in Wellington Street West, at the corner of Hull Marina, is enjoying its busiest year yet and has just launched its Christmas menu.
Cucina1884 is different again. Jane has created 15 jobs with a restaurant which brings a mix of classic and contemporary Italian cuisine using local produce and authentic, imported ingredients.
Natural light floods into the building and diners have a choice of intimate tables for two, larger settings for groups or seats at the counter to experience the heat of the kitchen first-hand – viewing preparation and cooking techniques, and chatting to the chefs.
Jane said: “There are other restaurants which give diners a view into the kitchen but this is an interactive as it gets. People can see everything from the prep to the wood-fired pizza oven and the grill to the garnishes. If they have any questions or comments they can speak directly to the chefs. There are no secrets, and no hiding places!”