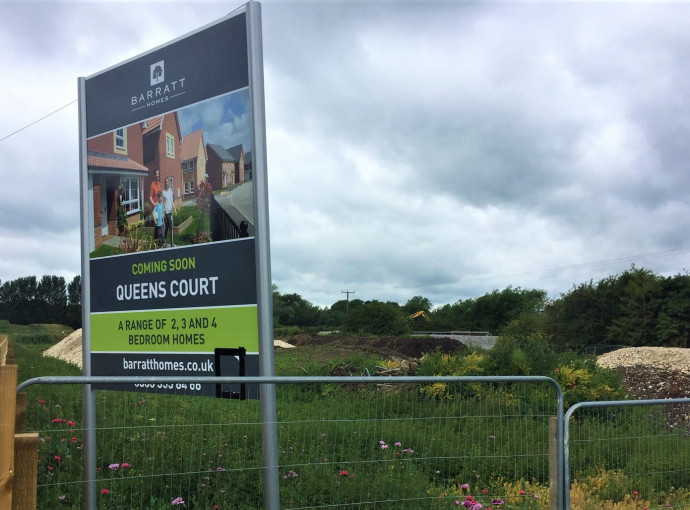 East Riding Council’s planning committee approved the proposals for the scheme, which will deliver more than 400 houses on about 35 acres of land subject to conditions on details including the layout and appearance of the development.
Work has already started on the construction of 185 homes at Queens Court, an area to the north of the new sites, following approval last year of another application by Lovel Developments and Shirethorn.
Philip Lovel, managing director of the company, said: “We have worked closely with the council, landowners and key stakeholders as well as consulting widely with the public to come up with proposals which are acceptable and we will now work with the  house builder on the details of the application with a view to beginning construction early in 2021.
“We also hope to submit planning applications for other phases of the wider development including large areas of land and smaller pockets.”
The full site of nearly 190 acres was allocated for housing as part of East Riding Council’s masterplan in 2015. The aim is to build about 1,800 homes by 2029 as the largest contribution to a national planning requirement to provide 3,300 new homes in Beverley.
The latest approval is for two applications submitted jointly last year by Lovel Developments and Shirethorn and covering adjacent sites in the middle of the development that will be accessed by a spine road extending from Woodmansey Mile to the north.
The proposals are for a variety of homes including affordable housing with discussions continuing on landscaping, open space, a wildlife enhancement plan and a contribution towards a new primary school on the wider site.
The Queens Court development is now being marketed by Barratt Homes, with the first of the two, three and four-bedroom houses due to be released this week.
Mr Lovel said: “As a company which has its roots in Beverley we are delighted to have the opportunity to shape one of the most significant housing developments in the area.
“The overall scheme is a complicated project which has involves a number of different landowners. We started the consultation six years ago so it is exciting to see Queens Court taking shape now with the next phase coming soon.”