‘Connexin is a rocket – and we’re going to the moon’ 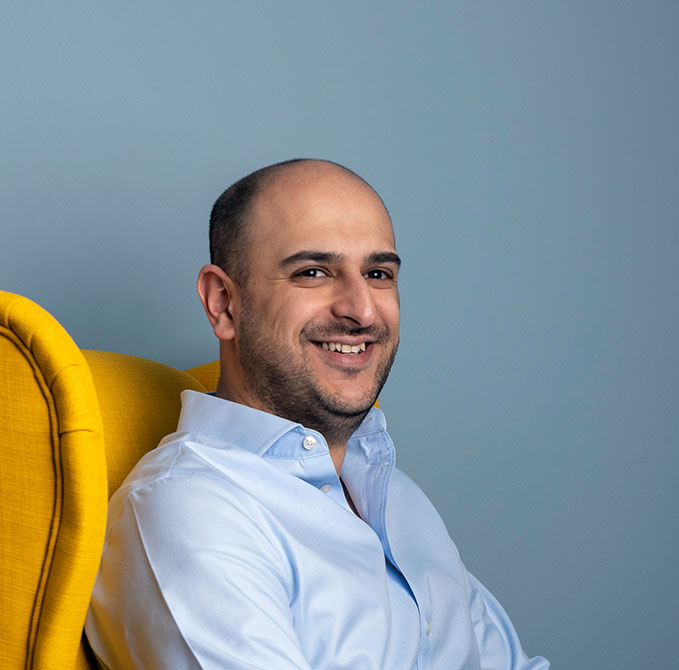 Furqan Alamgir, co-founder of the multi-award-winning Smart Cities business, tells Sam Hawcroft of his ambitions to create the North’s very own Silicon Valley…

Last year, Hull was propelled to sixth in Tech Nation’s city rankings for UK tech investment, eclipsing its previous high of 14th in 2017 and overtaking Manchester, Leeds, Newcastle, Glasgow and Cardiff, to name a few. The main driver was Connexin, which raised £80 million alone, contributing to a 79% increase in investment in Yorkshire as a whole.

It marked a resounding vindication of co-founder Furqan Alamgir’s decision to commit to the city where he’d spent much of his formative years. “When I raised my first round of money – £10 million through the Cisco-backed global infrastructure fund – there was a lot of pressure to move the business down to London or Manchester. And we fought tooth and nail, saying, if we don’t change this trend, who will?”

This commitment is all the more remarkable given that Furqan, the son of two doctors who were constantly moving around the country as he was growing up, has lived in so many places across the UK he can’t even remember them all – but Hull clearly made an impression on him in the years he was at school there. And one key attraction was what is the focus of criticism for many – the fact the city has its own internet provider.

“Whereas everywhere else had BT, TalkTalk, and the like, in Hull there was only KCOM, so it was always a bit of an odd one out from that perspective and, growing up, I had that insight. Connexin was initially a software business, we were building websites and helping people talk for free online – but you can only really do stuff like we’re doing today with good internet connections. So when my co-founder and I were looking at building networks, the city that made sense to try was the ‘monopoly city’. Our chances of success would be higher than trying a new technology in a city where there were many other competitors.”

As things turned out, the internet side of the business grew faster than the voice and software, and before they knew it, they became an internet service provider. Initially, they took what Furqan calls “one big internet pipe” and distributed that wirelessly around the city with Connexin’s own technology, but once they’d proved their model, they built their own infrastructure. Now, Connexin offers super-fast fibre broadband across the region to homes and businesses, and is also a registered supplier on the Government’s Rural Gigabit Connection voucher scheme.

As fibre became more established, Furqan and Alex spotted another opportunity. “We thought, what else can we do? What is Connexin? It’s a connectivity business. We connect people and things. How can we leverage this connectivity to create more value in many places, rather than just in your home? And we ended up launching our Smart Cities and internet of things business – that was probably one of our best strategic moves and we’ve never looked back since.”

This was to reposition Connexin as a global player in its field – but, astonishingly, for the first seven years, Furqan was building up all of this while studying for a medical degree at Imperial College London. In what seems like something of an understatement, Furqan says this was “really hard work” – but he did it to “prove a point”. He says: “I remember pitching to an investor and they said, ‘You’re not going to be successful unless you quit uni.’ Maybe if I’d taken their advice, it would have been easier. But I proved it was possible if you’re well-structured, you work hard and you build a good team. And now when I look at what I’ve got – I’m so fortunate. I have a medical degree under my belt as well as my foundation doctor’s training.”

After he qualified, Furqan helped out in hospitals in his spare time in an effort to “give back”. He’d do a ward round in the morning before a full day at the office, and then return to the hospital to do another round in the evening. He was leaving home at 5am and not getting back until 10pm, all the while growing the Connexin business. But his work in the hospital proved grounding and threw the tribulations of the business world into sharp relief. “It kept me really level-headed because I would meet families and break news about cancer diagnoses and write death certificates. And then when I’m in a boardroom and people are complaining about fuel expenses being 35 per mile, life gets put into context. So I’ve been fortunate to experience that side of things, to value what I have in life.”

For Furqan, the concepts of the human body and technology have been intertwined since he was a child. He’d always been interested in computers, and when he built his first one when he was 13, he discovered he was fascinated by how things worked. “Technology was a real passion of mine, and so was the human body because that to me was like the most advanced machine.”

Now, this is coming full circle. “We have a branch within the business that is doing smart health care,” says Furqan, “and we’re beginning to bring our knowledge of health and technology together, because there’s so much scope for innovation and improvement in that space, as we’ve seen with Covid.”

It’s also how he approaches the necessity for keeping up with the rapid advances in technology. “I have no technical training, but what I do know is human biology and anatomy, and what computers are trying to do is be more like the human body. Cloud computing is where the big power sits, and then there’s edge computing, which is quick and responsive. So the human brain is the cloud, which has the big processing power, and the edge is the central nervous system, which controls your reflexes. For us, it’s always been about the output rather than the tech. Because we are people-led, we’ve got that view on what’s right for the community – how can we improve how people live, work and play? Technology is just an enabler of that.”

What about his own health, though? His workload seems huge, with the potential for a lot of stress. But Furqan is one of those who thrives on it. “On holiday, I’m terrible,” he says. “I can’t switch off. If I’m honest, it doesn’t really feel like I’m working that hard because I enjoy it.” He admits he has missed out on some things, such as time with his friends and family time, but this is offset by the flexibility that comes with being an entrepreneur. “I’m 100% on all the time, but I can work from home when I want, or I could be in Dubai and work from there. You don’t feel the stress as much, whereas I think if you work for someone and then you don’t get that freedom or space, you definitely would burn out with that kind of lifestyle.”

Just how does a medical student go about setting up a multimillion-pound tech business that has won numerous awards in the past 14 years? “I had no idea whatsoever!” he says. “I was learning about the Krebs cycle, how cells divide and how medicines work, not discounted cashflow forecasting – which l learned from YouTube. Back then, YouTube really wasn’t a thing. It was the school of hard knocks, and I didn’t really know how to set up a company, so I asked people who knew more and learned from them.”

Furqan is also a voracious reader, though quite where he finds the time is baffling. “I read a book a week. But to get to that stage took me maybe a year of reading a book every other month, then every month and bringing it up to that level. I would read biographies about people like Jeff Bezos, Elon Musk and Steve Jobs – how did these guys do it? And then you start realising everyone has the same problems. It’s people, it’s finance, it’s strategy – there is no formula to success other than focus and hard work. For me, being self-directed is where I really gained my value – reading books, watching lectures, hearing a Ted talk, all that kind of stuff.”

I joke that the £10 million figure just tripped off Furqan’s tongue as though he’d raised ten quid, but, although he says it wasn’t easy, it wasn’t as hard work as one might think. It’s all about conviction and ambition – and doing your research. “To this day, we firmly believe what we’re doing is going to change the world. I always tell people that Connexin is a rocket. We’re going to the moon. Everyone in life has a rocket, but some people are too scared to take off because you don’t have all the fuel, but the same people that make the fuel on the ground, with the right resources, can make the fuel on a rocket. So let’s get those resources and take off! We might get halfway there and pop – there’ll be a great firework. But if we get all the way there, we will have beaten everyone by a good mile. So when I saw people raising half a million, or a million or £2 million, I figured it was the same amount of work as raising £10 million, £20 million, £30 million. This last round that we raised was £80 million, which was, in my view, simpler than raising the £10 million.”

The first round of fundraising was really to prove to investors that Connexin could scale up; after all, here was a young doctor with no tech experience selling complex 10-year smart solutions to the public sector. But they didn’t spend anywhere near the full £10 million, and within the first 12 months they closed two landmark contracts with UK cities that the likes of Cisco, Huawei and Siemens had been vying for for years. “It was a real validator of our game-changing business model, our strategy, and our team,” says Furqan. “Once we’d done that we said, OK, we want to really accelerate this. Let’s go all in. And then we structured ourselves for our second round.”

He doesn’t want to stop there – he’s keen to raise more, and further his ambition to create the North’s own Silicon Valley, where graduates and entrepreneurs alike can find exciting opportunities in tech without having to relocate to the south, or even to the USA. He might be powering a rocket to the moon, but what keeps him grounded are his children, aged four and two. “You forget about your day’s worries when you’re with kids that age! I can see my role shifting more into strategy, as we’re at this really exciting stage of growth.”

Well, whatever the future holds, Furqan is sure to find the time – because, between you and me, I think he has an extra few hours in the day he’s not telling us about…