Combating chaos with a room full of entrepreneurs 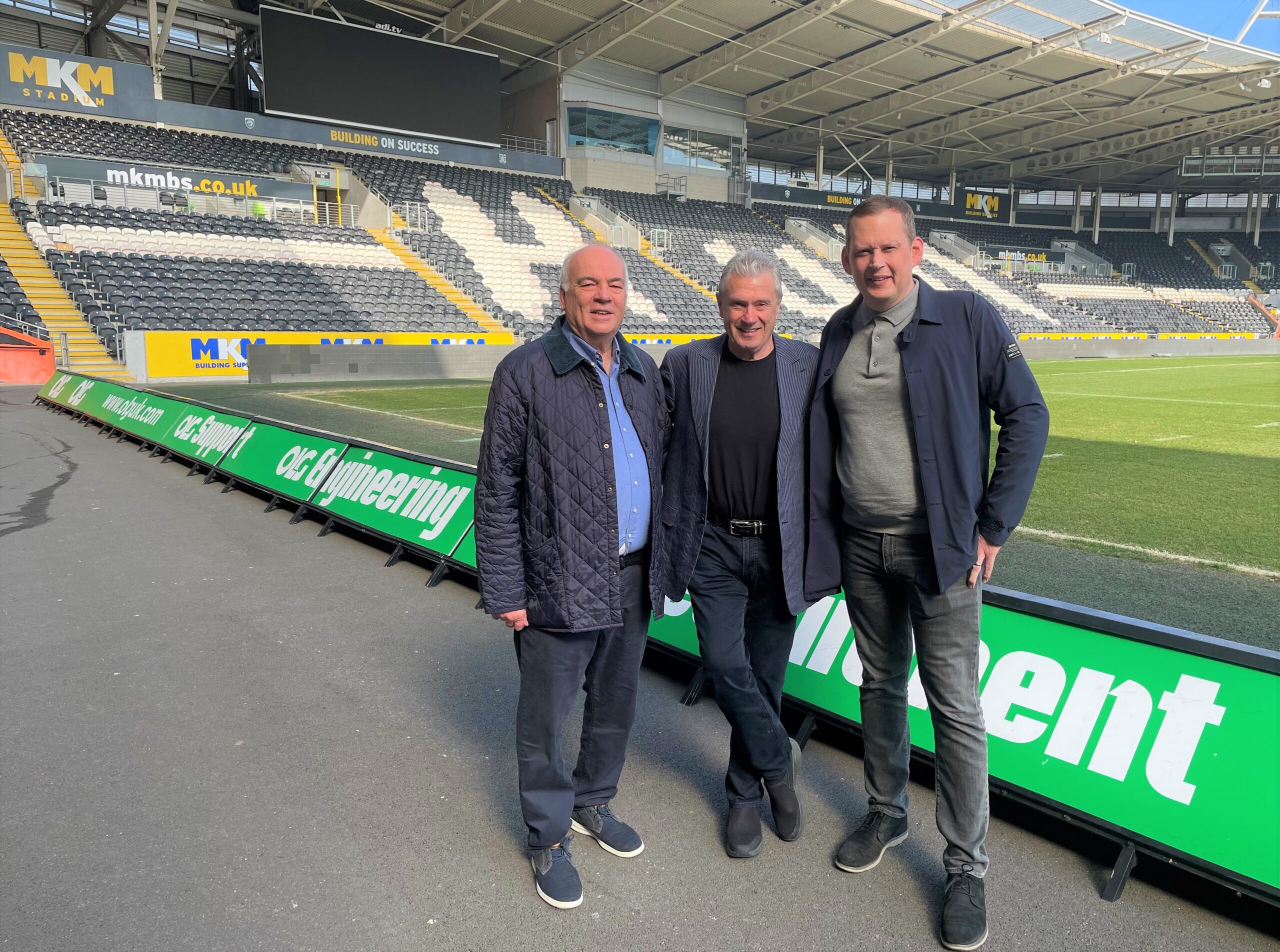 Combating chaos will be the theme when three seasoned entrepreneurs set out to put the buzz in Humber Business Week from the outset.

Professor David Hall, who is leading the free event entitled Succeeding in Chaos – How Entrepreneurs do it, will be joined by Dr Paul Sewell, chairman of Sewell Group and a co-founder of Biz Week, and by Rob Daysley, MD of Designs Signage Solutions, who admits he gets bored when things are going too smoothly.

The three promise an immersive experience at the MKM Stadium in Hull on Monday, June 6, with fellow entrepreneurs attending as participants rather than just an audience, and sharing their own experiences of surviving and thriving in business during the pandemic and other crises which can be sudden and long-lasting.

Rob said: “One of the particularly poignant times for me was a staff meeting two years ago, with 40 people looking at me, wondering what was going on and feeling very nervous. They wanted to know what I was going to do to help them, and at that moment so did I!”

Paul added: “When companies do their business planning it tends to be a very formal process – mission, vision, strategy, plans. It’s all very structured and great when the normal rules apply, but right now there is a good chance the rules won’t apply for a very long time and we need to learn how to thrive in that ongoing chaotic environment.”

David is a business “helper” who has guided the development of an array of successful organisations over his 40-year career. During the first lockdown he published his sixth book, Telling Tales, which was compiled from a series of his business blogs in the hope that it would help businesses with their Covid survival plans.

He always hoped to be able to present some of his ideas in a live business environment but as the pandemic dragged on was limited to Zoom sessions with For Entrepreneurs Only, an organisation he co-founded, and the Hull and East Yorkshire People in Business Awards, where he received the lifetime achievement award.

David said: “By the time we were able to actually organise this event it was clear the business environment would be very different, so our planning went out of the window and we looked instead at chaos – coping with it, surviving it, thriving from it and recognising it’s not over.

“If we’d gone for a standard business event everybody would have been talking about the elephant in the room – the chaos caused by Covid and now a war. The subject picked itself and so did the guests. I know exactly what Paul and Rob are capable of – they’ve shown me when I’ve worked with them and they’ve shown their teams by thriving in adversity.”

Sewell Group was founded in 1876 as Fred Sewell and his gang. It now employs around 500 people across construction, investments, facilities management, convenience stores and forecourts. The company has been named in the Sunday Times 100 Best Companies to Work For list in the UK and has a Best Companies 3 Star “extraordinary” accreditation. In 2021 Sewell Group was also recognised as one of only 18 businesses across the country in the Queen’s Awards for Enterprise for Promoting Opportunity.

Rob Daysley launched Designs Signage Solutions in his parents’ garage in 1993 when he was just 18. The company designs, manufactures and installs signage for retail, corporate, sports stadia and vehicle livery clients across the UK and is perhaps best known in its home city for the new look emblazoned on the MKM Stadium and Sewell Group Craven Park.

David said: “We’ve got two guests who will energise the room and we hope that will attract people who will respond in the same way. It will be a high-powered, dynamic event, not scripted but off the cuff.

“We hope the people who attend this event will learn from us and we certainly want to learn from them. We don’t know how it will work – we’re just taking a risk with a room full of entrepreneurs!”

“Succeeding in Chaos – How Entrepreneurs do it” will take place in the 1904 Lounge at the MKM Stadium in Hull as part of Humber Business Week from 11am until midday on Monday, June 6.