Coffee31 still reaching out to customers in cautious return from lockdown 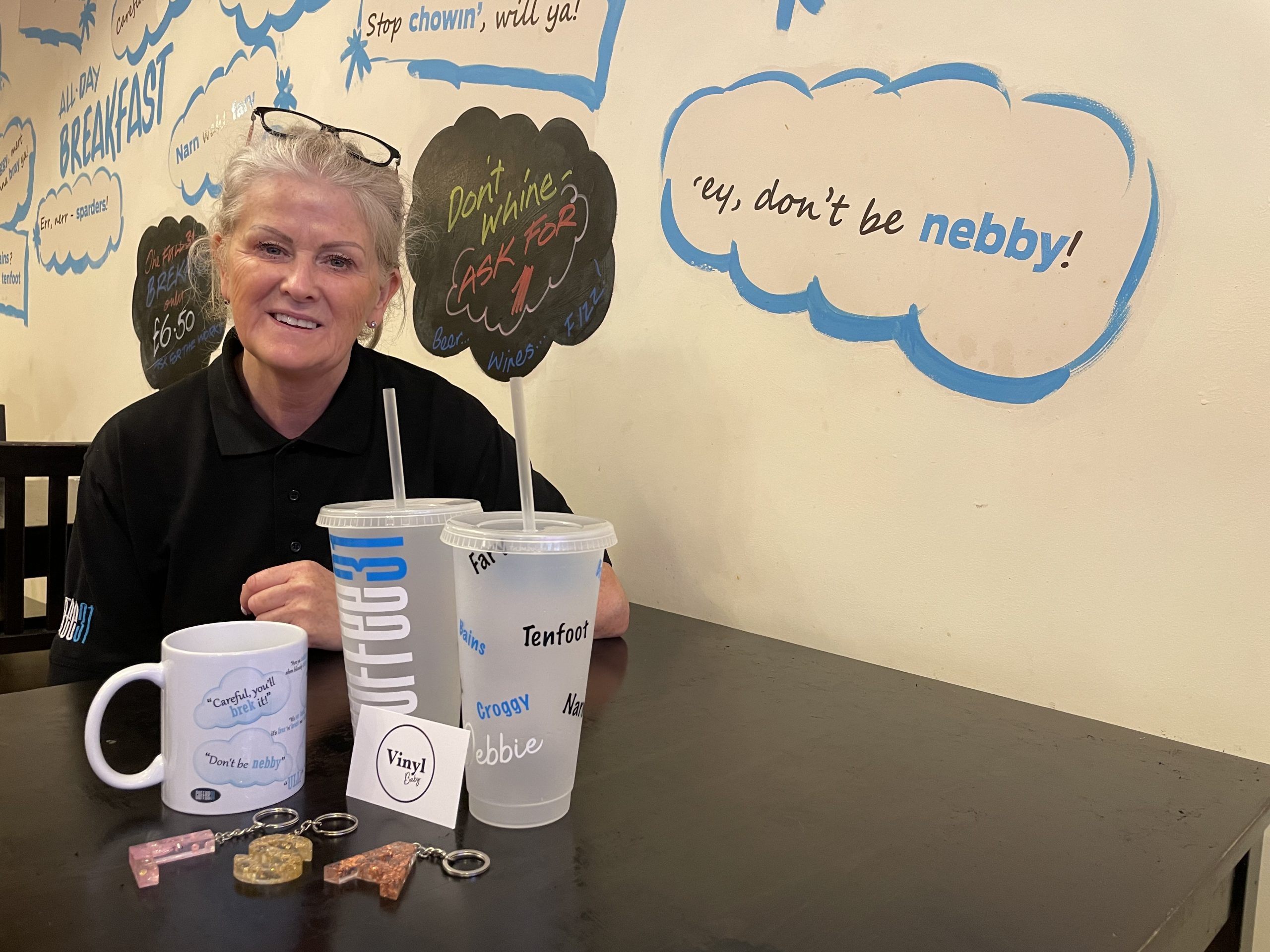 A café that captured the flavour and humour of Hull when it opened nearly seven years ago is putting smiles back on faces as it emerges from the restrictions of Covid-19.

Coffee31 even added a Sweet Caroline ban to the collection of comedy advertising boards that adorn the premises in Waltham Street.

Debbie Hill, who opened Coffee31 in 2014, said: “We were doing really well when the first lockdown hit in March last year and we’re looking forward to a very bright future when work starts on redeveloping the old BHS site.

“But the last 15 months have been a struggle for everybody – we had to ban Sweet Caroline because obviously we couldn’t allow ‘touching hands, reaching out, touching me or touching you’!”

Debbie’s passion for Hull was displayed soon after she opened, with bus blinds hanging from the walls and the ceiling, showing a long list of destinations across Hull and East Yorkshire.

Another fun addition was the display of Hull sayings painted on one of the walls of the café – something that inspired one of Debbie’s contacts at Innovation Entertainment when their work dried up.

Debbie said: “They perform at spectacular events for big organisations and they’ve also appeared here but they had to stop work because there weren’t any events, so one of them decorated mugs with Hull slang and we’ve been selling them.

“We’ve also got some resin and wax keyrings which someone else made – we’ve been trying to support people who have diversified in the face of disruption to their day jobs, helping them to pay their bills in difficult times.”

Debbie and her team of five including Saturday staff have also helped out as agony aunts over the years and have sharpened their sense of humour during the pandemic.

They became well known for their advertising board offering opportunities for customers with no experience necessary and they regularly promote special offers such as free coffee tomorrow and buy two drinks and pay for them both.

When Coffee31 was burgled and the thieves stole only flapjack, Debbie produced a sign advising: “No flapjack left on these premises overnight!”

The latest Neil Diamond-themed chalkboard may now be technically out of date but the team at Coffee31 are still taking a safety-first approach.

Debbie said: “We are still being cautious. We took four tables out for social distancing and we’ll probably stay like that because people are more comfortable with the extra space.”

Kathryn Shillito, executive director at HullBID, said: “It’s heartening to see Debbie and her team have retained a sense of humour during very difficult times, particularly for businesses. Coffee31 is a great example of an independent business identifying different ways to attract attention and draw in custom.”