Closure sets up dream chance to buy a brewery 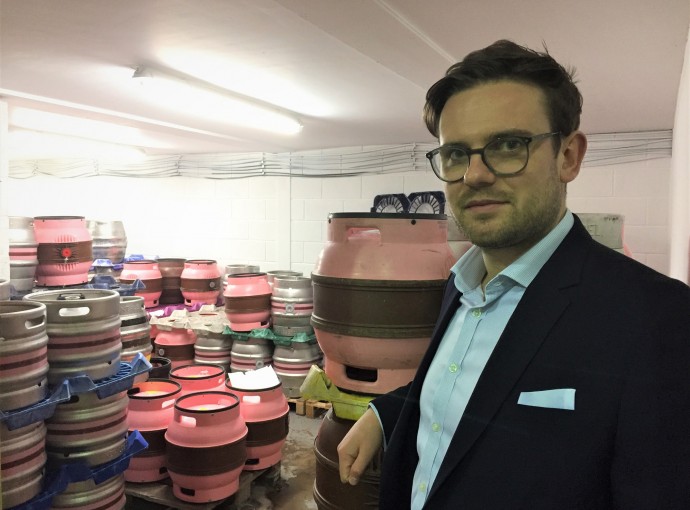 Property agents
Garness Jones are offering what many might see as the business opportunity of a
lifetime following the failure of a fledgling brewery.

Twisted Angel,
which opened in 2017 in an industrial unit in Beverley, brewed its last pint
late last year after the company ran into difficulties.

But the closure
was so sudden that the operators vacated the building almost overnight, leaving
behind brewing equipment, barrels and even pump clips and beer mats.

Charles Parkinson, agency surveyor at Garness Jones, said: “Small breweries have become big business in recent years and for anyone who is already in that sector – or looking to break into it – this is a fantastic opportunity.

“It’s really sad
that Twisted Angel had to close but the good news for another brewer or prospective
investor is that they have left behind a facility which could be back in
production very quickly.”

Twisted Angel Brewing made a name for itself soon after expanding into the unit at Beckside Court, Annie Reed Road, in Beverley. The company invested heavily to bring in the brewing kit and to adapt the building to accommodate a cold store.

The range of 11
beers including Daywalker stout, Berserker American IPA and Clockwork bitter
were in demand at festivals across the north and at pubs throughout Hull and
the wider Yorkshire area.

The business
went into liquidation in December but the brewing kit is still there, along
with a lot of empty barrels. The racking is stocked with sacks of malt and
other ingredients and on a table there’s a case of Twisted Angel’s Halo lager
which was just waiting to be labelled before delivery.

Charlies said:
“Twisted Angel identified this unit as ideal because of its size and location,
and things moved quite quickly because with premises like this there is limited
availability and high demand. They had to do a fair amount of work to adapt the
building for brewing and they did a great job.

“We expect considerable
interest in the site but any use other than brewing would mean removing the equipment
and undoing a lot of Twisted Angel’s good work. That would be a real shame
after all the investment which has gone into turning a simple industrial unit
into a nice little brewery, but if someone moves quickly there is an opportunity
for them to secure the building and the kit and start brewing again almost
immediately.”