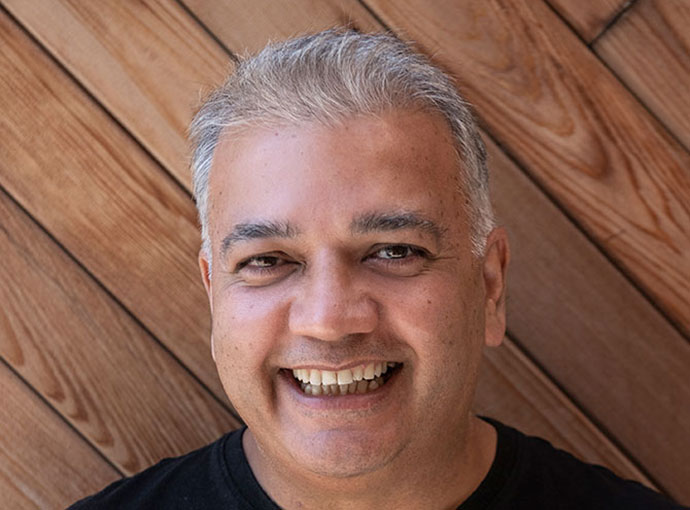 Hull has its fair share of home-grown entrepreneurs, but a clear indication of the city’s burgeoning business culture is the number of those who have come in from elsewhere and made it their adoptive home. Paul Mandalia is one of them.

His work as an educational consultant took him all around the country, but in 2012 he arrived in Hull, and soon began his “love affair” with the city. The tech community at C4DI, in the Fruit Market area, proved to be the perfect place to turn his idea of an online educational platform into reality.

Paul, originally from Leicester, has worked in education for 25 years, with a focus on tech and management consultancy. In 2015 he realised there was a need to bring digital innovation into schools to help with the challenges they faced on a daily basis. “I’d had a good background in the different types of resources that schools were using, and Good2Learn started off as a collaboration with local schools. The three key ingredients were children’s attainment levels, as well as their engagement levels, and also what we could do in terms of the teachers’ workload. We very quickly found out that these were challenges faced by all schools.”

Paul and his development team got to work on a beta version of the platform, which was made easier due to the collaborative spirit of the businesses within C4DI. I’ve interviewed numerous people who’ve worked there and they all say the same thing – it’s a hotbed of talent where everyone works together; and if you need help with anything in particular, be it hardware, software, design or marketing, all you have to do is pop down the corridor and you’ll find a wealth of guidance and support.

Paul was clear that he didn’t want to go down the “game-ification” or edutainment route; his approach was more direct and innovative, using short videos and interactive exercises created by experienced teachers and delivered by engaging presenters in a “succinct, cognitive manner”. He also wanted the Good2Learn platform to make life easier for parents, as well as teachers. “There are parents out there who are keen and motivated, who really want to help their children reach their full potential, but they just don’t have the ability to do so themselves for various reasons. Their own education could be limited, English may not be their mother tongue or they just don’t understand the curriculum.”

As with any business, it’s taken Paul some time to get Good2Learn off the ground and build lasting relationships with schools. At the outset, he and his team took the pilot platform around some local primary schools, the majority of which said they wanted to focus on Key Stage 2. They began with 30 lessons and the feedback was overwhelmingly positive. “The good news was that we didn’t need to make any wholesale changes; we did some fine tuning and then expanded the rest of the platform,” says Paul.

Of course, there are all kinds of digital educational tools out there, and schools are regularly inundated by the resources available, so Paul’s challenge was to rise above the competition. But once teachers saw the quality of the Good2Learn platform there was really no contest, he says. Rival platforms might be cheaper, but schools have been willing to pay more because, after being able to use it on a free trial basis, they can see that they’ll get a return on their investment. “What we offer schools at the moment is to try it free for a term to make sure it’s a good fit for them. And within two weeks of them using it, they tell us they know it’s the right platform for them.”

Before long they were approached by Hull City Council, which was interested in using Good2Learn through its Virtual School for children and young people in care. “Many of these children have come from traumatic circumstances and have missed out on their education,” says Paul, “and our platform works very well for them as it is knowledge-dependent and not year group-dependent. One of our straplines is ‘At their pace, in their space’ as we are keen to treat each learner as an individual.”

Paul was also approached by a national fostering agency, part of whose remit is to provide educational resources for the hundreds of children in its care. “There were two sisters in a care home in Manchester,” he says. “I got to meet their carer and she told me that each time the children earned a certificate from Good2Learn, she printed it out, laminated it and put it on their bedroom wall. Then the school started noticing how much more confident one of the girls was in the classroom, and it rubbed off on her sister, who had actually been further behind, so it motivated her to get back on track as well. That was always our objective – to make a difference in young people’s lives.”

This meant that Paul was able to reinvest back into the business, and the platform – which is internet-based, and works on any device at any time, with no need to download or update software – now offers more than 100 lessons covering Key Stages 2, 3 and 4. There are about eight people in Paul’s core team, with up to 20 working on a freelance basis.

Good2Learn has been proven to boost engagement not just at school, but also at home. “Schools have been telling us that children have been using the platform in their own time, on their own initiative, either after school or at weekends, which is almost unheard of!” says Paul. “What they found was that quite a lot of the children were jumping on the platform early in the morning, before they started school, on a very regular basis – I think the earliest was 5.45am! So they were getting a confidence boost even before arriving at school, and the teachers noticed it straight away. Within the first six weeks, they saw a real difference in those children’s engagement, and also in terms of their performance – and they turned from trial customers into paying customers.”

The platform is designed to reward attainment through bronze, silver and gold ‘medals’ for achieving over 70%, 80% and 90% respectively, which gives children something to strive for. It proved transformative for one boy, Alex, who, according to his mother, screamed with joy when he got the gold medal. “It wasn’t so much the medal, but the fact he’d never achieved a 90% score in anything before,” says Paul. “His mum told us that, not only did they not have to drag him to school kicking and screaming any more, but he’d actually joined an after-school club on computer-aided design – and he aspired to be an architect.”

The platform was gathering a lot of momentum, but, as you’ll read in practically every entrepreneurial story in this magazine, Covid put an abrupt stop to that. “All of a sudden, the schools were shut – and you literally couldn’t get in, and you couldn’t get hold of anybody,” says Paul. But as an affordable online platform – it’s just £9.99 a month to sign up at good2learn.com, with up to three learners per family – Good2Learn came into its own as parents up and down the country faced the unprecedented uphill task of teaching their children over the kitchen table. “We did see a big spike in the consumer market, with visits from more than 20 countries,” he adds.

But the team have been working hard over the summer holidays preparing to “hit the ground running” for the new term this September, and Paul plans to take the platform beyond Hull to more schools around the country. One of the borough councils in London is looking to pilot Good2Learn, and Paul has recently started talks with some international schools.

“We’re also looking at classrooms in hospitals where children may be away from school longer-term, as well as possibly prisons and the probation system, where the key to rehabilitating offenders is education. It’s not about punishment – it’s all about education. And then there are the armed forces where families are moving from one base to another and their children’s education is disrupted. So there are other markets – it’s not just limited to school.”

The phrase, “Every day’s a school day” is a bit of a cliché, but with the Good2Learn platform, it really can be – and age and circumstances will never be a barrier. Take a look at some of the sample lessons on the website – and who knows, while showing them to your children, you just might learn something new, too.