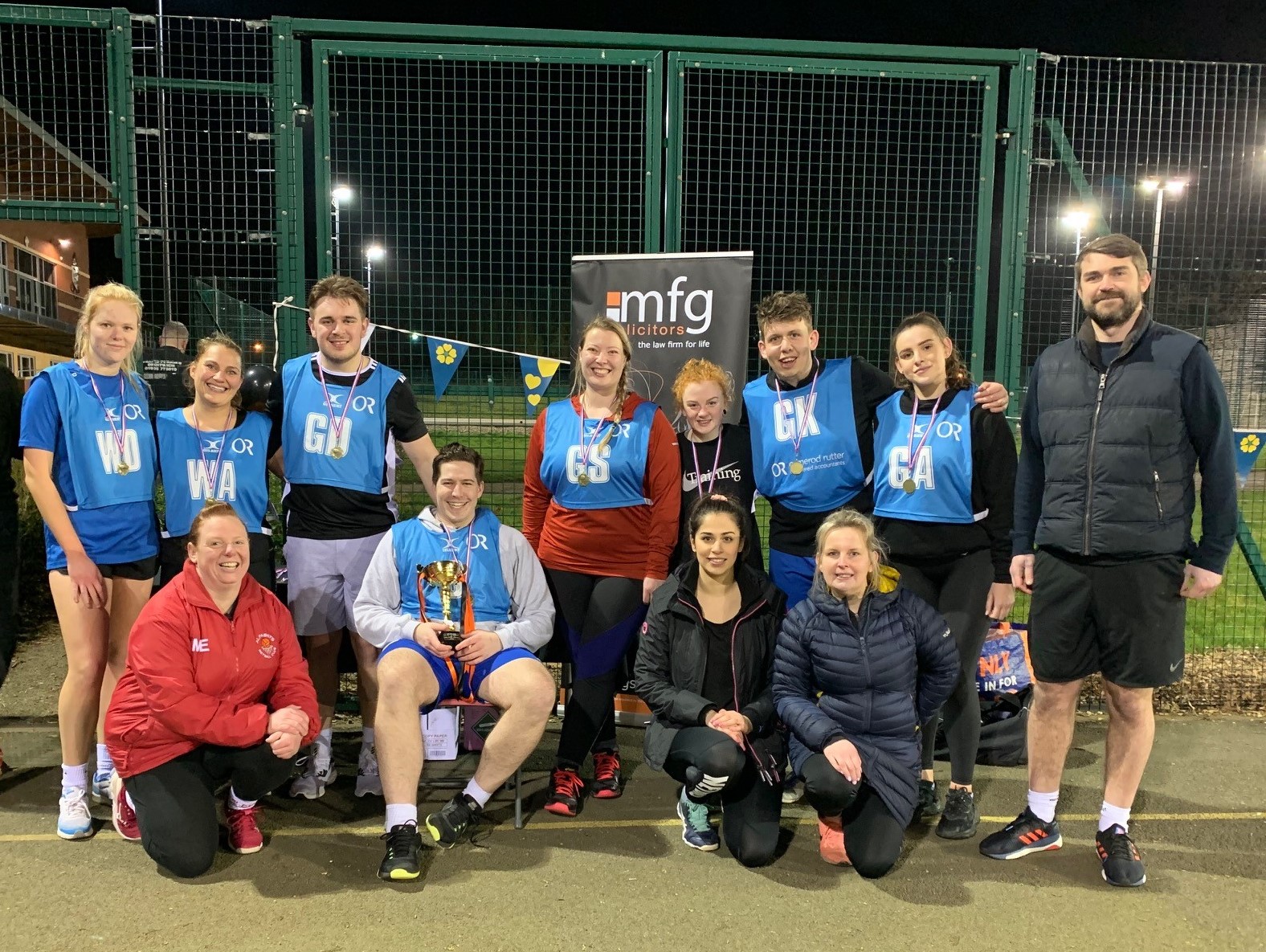 A netball tournament organised by a Bromsgrove law firm has raised £500 for the town’s Primrose Hospice.

The event was hosted at Bromsgrove School by mfg Solicitors with 12 companies from across Worcestershire entering teams into the knockout competition which was won by the team from Ormerod Rutter Chartered Accountants.

Sarah Ben-Tarifite, a solicitor at mfg Solicitors who organised the event, said: “As we said last year our support for Primrose Hospice will see a wide variety of fundraising events and the netball tournament was our biggest yet.

“It was great to see almost 90 people attending who were split across the 12 teams. It was a fantastic evening and we hope to make it an annual event as it was so popular.

“It was all about raising funds and awareness of the great job Primrose Hospice does every day to support people and their families. I’d like to thank everyone again who attended and who donated.”

Sarah McDowall, marketing and communications officer at Primrose Hospice, added: “To see so many teams getting together for the netball tournament was brilliant and it’s events like this which are so important to help us raise funds to keep the hospice operating.

“Everyone, especially Sarah and the team mfg Solicitors, have been amazing support and we look forward to taking part in more events planned as we move into Spring.”

The trophy was awarded to the winners by Ben Rothery, a partner at mfg Solicitors, who also competed in the mfg team.

Primrose Hospice is required to raise £1.75 million every year to keep running all its services, but receives less than 15% of this requirement through statutory funding. The charity relies heavily on voluntary donations.

It offers day therapy, occupational therapy and physiotherapy, alongside its Family Support Centre which provides bereavement and counselling support to families, loved ones and children in the local community.

The law firm announced in November last year that its staff in Bromsgrove would support the charity for 12 months as part of a new partnership. A range of other events are planned this year to support fundraising.