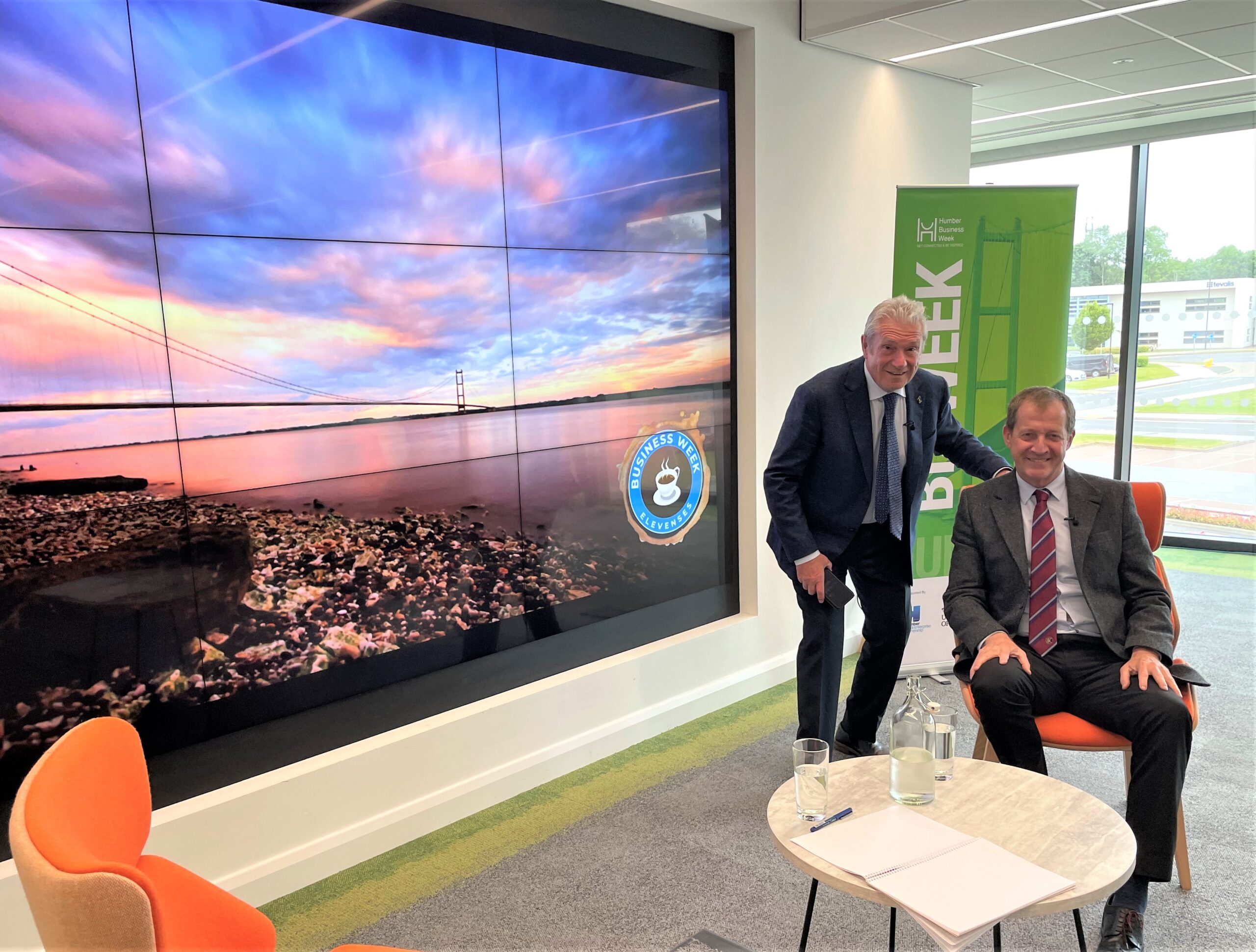 A writer, communicator and strategist who guided the Labour party through three general election victories launched a withering attack on Boris Johnson and his government when he spoke at Humber Business Week.

Alastair Campbell also challenged the current Labour party to sort out its strategy as he reminisced about past glories with Lord Prescott and Alan Johnson, two former political heavyweights who joined the Biz Week audience.

The focus for the Elevenses interview by Paul Sewell – chairman of Sewell Group and a co-founder of Business Week – was supposed to be about winners and was inspired by Mr Campbell’s 2015 book which examined success in business, politics and sport.

But for the references to the likes of Sir Richard Branson, Sir Alex Ferguson and Diego Maradona were all too brief as discussion around Mr Campbell’s “holy trinity” of strategy, leadership and teamship kept shifting back to politics.

Mr Sewell had indicated before the event that he planned to ask his avowed republican guest about his seemingly contrary view that the Queen is “one of the great enduring winners of our lifetime”.

Mr Campbell responded: “I am instinctively not a monarchist. The class system, hereditary system, honours. But what the royal household is brilliant at is these slow adaptations to just stay popular.

“The Queen and Paddington was genius. She would not have done that 30 years ago but she’s done it now because that’s her way of adapting. But when you look at her she’s just being Queen and taking a marmalade sandwich out of her handbag, and that’s how they adapt.

“It’s a lot easier if you have a media that says whatever they do is great but you still have to do the stuff that they do. Strategy, leadership, teamship, they have got it and they are ruthless as well. I’m not sure there’s any point in being a republican any more while she’s around!”

Mr Campbell is currently working with Baroness Warsi on a Channel 4 show, Make me Prime Minister, which looks at the political potential of 12 members of the public. He also partners with former Tory MP Rory Stewart on a successful podcast The Rest is Politics, and he is editor at large of the New European newspaper.

He confirmed: “I do feel very, very strongly that if I was here for a reason it was to help Labour get the Tories out of power, and I still feel that even though the Labour Party took it upon themselves to kick me out over complaining about their Brexit policy.

“There are so many reasons I despise this government and I despise Boris Johnson, and one of them is the Good Friday Agreement. Trying to pretend Brexit is going well with a barrier down the Irish Sea was only going to lead to the position we have now. I don’t think there’s a proper understanding by the current government of how fragile the Good Friday agreement is.”

Mr Campbell rejected a suggestion that Boris Johnson fails to recognise his own limitations because he lacks the talented team which was in place when he was Mayor of London.

He said: “I think he’s worse than that. I think he recognises his limitations and for that reason doesn’t want any strong people near him. One of Tony Blair’s great strengths as leader was he liked to be surrounded by people who were good at what they did and he didn’t mind people like Gordon Brown rampaging around. Johnson doesn’t want anybody who is perceived as a threat.

“Every time these clowns are on TV I would have my heart in my mouth. James Cleverley – has there ever been anybody more ill-named?

“The denigration of politics in public life is a factor. We are constantly, partly through the media, narrowing the gene pool with more and more people thinking that politics is a completely horrible and unacceptable way of life and that’s why you end up with someone like Nadine Dorries in the cabinet.

Mr Campbell said “everything came together at the right time” for Labour in 1997, the year that Tony Blair won the general election with John Prescott as his deputy and Alan Johnson being elected for the first time as the MP for Hull West and Hessle.

He added: “We were blessed in 97 with an exceptional number of good people. You just knew if they went on TV they were never ever going to drop the ball.

“Keir Starmer isn’t Blair or Obama but I could imagine him being PM. He has some good people but most of them could walk down most streets in Britain and nobody would know who they are. It’s about doing interesting things. It’s about what are you going to do?

The Elevenses interviews at the University of Hull’s Aura Innovation Centre will continue on Monday 13 June with the rearranged event featuring retired boxer Tommy Coyle, who won the Commonwealth lightweight title in 2018 and retired the following year to launch his Boxclever community project and focus on the transition from boxing to business.

In partnership with Siemens Gamesa, Coyle Health and Wellbeing this year won the Best Physical Initiative category in The Great British Workplace Wellbeing Awards for a programme of wellbeing education and support which they deliver to more than 700 workers at the firm’s wind turbine assembly factory in Hull.