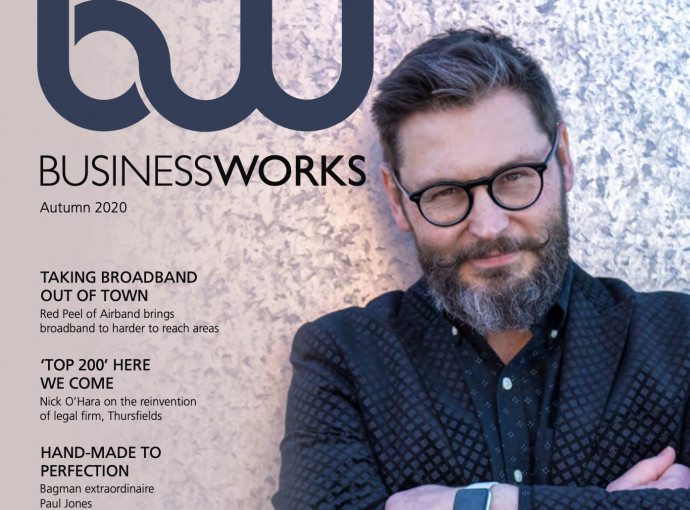 Having been firmly established in Hull and the Humber for the past three years, the BW brand has now launched in its second region, a move that has been in the planning for at least a year.
The launch of BusinessWorks WBC had been scheduled for April 2020, but, like millions of projects the world over, it was scuppered by the Covid-19 lockdown.
However, in September the first issue of BW WBC finally went to press and out to businesses across the area – which comprises two neighbouring regions that are, in the words of WBC editor Jon Griffin, “as different in taste and style as Lea and Perrins sauce and pork scratchings”. Worcestershire is, of course, the home of the famous piquant condiment, while the salty pub snack originated in the Black Country in the 1880s.
Jon, the former business editor of the Birmingham Mail, joins BW photographer Leo Francis, who is based in Hull but also expanding into the new region, as well as commercial director Helen Flintoff and business development director David Laschke.
Worcestershire’s economy may still be in part focused on agriculture, with more than 4,000 farm businesses and smallholdings in the county, but it also boasts latter-day industrial success stories such as Malvern Hills Science Park, GTech’s head office, the Morgan car firm at Malvern and many others. The county boasts a hugely significant history, dating back more than 350 years when Oliver Cromwell’s Parliamentarian New Model Army defeated King Charles II’s Royalists at the Battle of Worcester in 1651, the final conflict of the Civil War. Today, history and modernity combine effortlessly to provide a splendid setting for one of the quintessential English cities. Taking pride of place is the magnificent medieval cathedral overlooking the Severn.
Meanwhile, the Black Country has also reinvented itself from its original incarnation in the Industrial Revolution as one of the UK’s most industrialised areas, with coal mines, coking, glass factories, brickworks and steel mills powering the local economy in those distant days. The Black Country may no longer be black (thanks to clean air legislation) but its manufacturing heritage is preserved at the Black Country Living Museum. Large employers such as the Round Oak steelworks at Brierley Hill have been swept aside along with other heavy manufacturing, but the i54 business park on the fringes of Wolverhampton boasts Jaguar Land Rover’s £500 million hi-tech engine plant, supplying the Midlands’ biggest manufacturer.
The first issue features Nexus Creative, with Nigel Harte on the cover (main picture), plus the story of bespoke bag maker Paul Jones (left), and much more.
BW founder Helen Gowland said: “The first issue of BW WBC is now in circulation and we’re are already generating excellent feedback from the business community in terms of the quality and content of this exclusive B2B magazine. We’re absolutely thrilled to hear that Springpack, who were profiled in the launch edition, have already received a new business inquiry, which is fantastic news and a great start to the launch and BW’s growing reputation.
“The team and I have worked relentlessly since setting up the business in April 2018 and more so over the past six months. During the pandemic, when others chose to only produce an online version, we made a conscious decision to produce BW in print and digital.  I felt this was important from both a readership point of view and out of respect for our clients – who continually offered their support! It meant we could still provide a total marketing solution across all platforms, which allowed them to target and engage with the most influential business leaders and key decision-makers in the region.”
Follow BWMagazineWBC on Facebook and Twitter