‘Businesses want ambitious employees, and employees want to progress – I’m an example of that’ 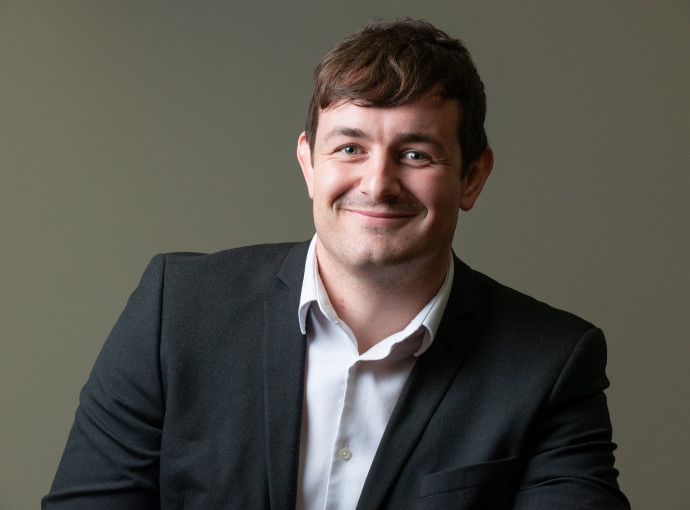 For he is now heading up the team of specialist recruiters at Hull-based Emmerson Kitney – after managing director David Kitney “took a punt” and handed him a place on the firm’s in-house trainee academy.
Reflecting on his rapid climb up the ladder, Joe says: “I think what David saw in me is similar to what we often look for when we’re recruiting on behalf of successful firms.
“I’d been struggling to get my foot in the door and had been to many interviews but people weren’t prepared to take a chance on me.
“Thankfully, David saw something different. Three-and-a-half years later I’m leading his team of specialist recruitment consultants and we’ve made a record start to the year.”
Established in 2009, Emmerson Kitney is an award-winning recruitment agency that effectively “headhunts” quality and specialist staff – often these are in managerial and board-level roles – for small to medium-sized businesses.
It recruits specifically for engineering, IT and sales and marketing sectors, with some of East Yorkshire’s best-known businesses as long-term clients. In 2012 the business formed a joint venture with leading independent chartered accountants, tax and business advisers Smailes Goldie to provide specialist accountancy and finance recruitment services.
Unlike many other agencies, it works in partnership as an exclusive recruiter for those it supports, developing a deep understanding of the business so it truly knows their needs – and offers further support to promote their brand and business story.
“As a business, we recruit in the professional white-collar sector and look to find highly-skilled people for our clients, but the personal qualities we always need are ambition and drive,” explains Joe, who has just celebrated his 30th birthday.
“We find people who want to be challenged and need to be driven by something new. People with drive, passion and ambition.
It’s our role to find them a job which challenges them and offers career progression because they are usually people who can be taught and learn new skills quickly. When we find people like that we usually know we have someone who will be a good addition to any business.”
Joe has been just that for Emmerson Kitney. An amateur rugby union player and now coach, he initially went wherever the oval ball took him, living in Milan for a year before returning to his home town of Doncaster and then to East Yorkshire when signing for Hull Ionians. Joe also captains the England Counties rugby team.
Having studied sports science at the University of Hull, he had a brief foray into teaching at a secondary school – firstly as an assistant supervisor and then in teaching maths – but soon decided it wasn’t the right career for him.
“If there is an example of somebody being put in the wrong role then me teaching maths to a set of children in a secondary school was it,” he adds.
“I just wasn’t suited to the role, but then a position as a pastoral manager came up where I’d support children with their emotional and behavioral problems – and that was much more suited to me.
“It was at that time I decided to take my career in another direction, but despite applying for many commercial positions I just wasn’t being considered.”
It was through a mutual friend that David Kitney was asked to provide Joe with some advice about how to develop his career. After just one meeting, Joe found himself as one of Emmerson Kitney’s academy trainees.
“David mentioned that they had a trainee academy as they wanted to develop their own recruitment team which worked in their way, not the industry norm, and I was offered the chance to be part of that,” says Joe.
“It was a fantastic opportunity for me and one I am still grateful for. I started off working on the contracts desk and I had some early success there with placing candidates in jobs and I soon wanted to be recruiting into permeant roles.”
David Kitney, managing director of Emmerson Kitney, said: “Joe has been a fantastic addition to the business and it was clear from our first meeting that we should bring him into the business.
“He is committed to learning and doing the right thing by clients at all times. He has continually demonstrated over the past three-and-a-half years that he has been able to step up to the next challenge.
“We pride ourselves on identifying suitable employees who can do a great job, learn and advance in their roles to become key members. It’s great to have people in our business who I can point to as living proof of what we do. Joe, like other members of his team, is just that.”