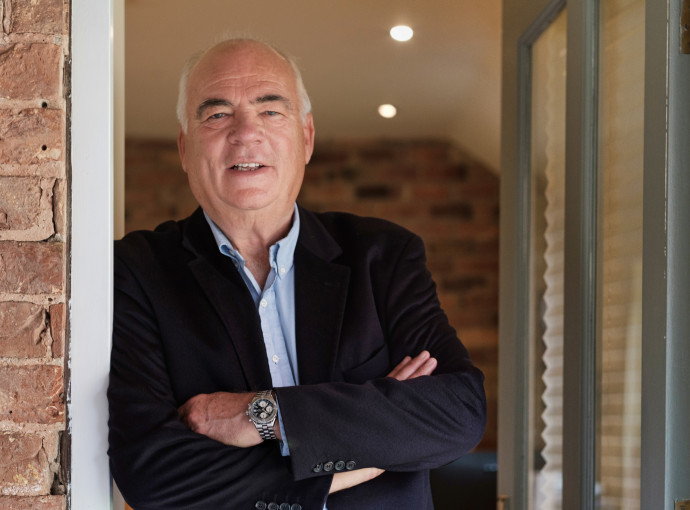 At 71, David Hall says his fifth book, Telling Tales, will be his last. He compiled it from a “series of blogs” because he hopes it will assist businesses with their Covid-19 survival plans.
He also wrote it because he received the blessing of so many people who have built and developed major businesses – including Keepmoat, MKM and Sewell Group – after drawing on his expertise.
Keepmoat claims a starring role with David’s account of sound advice delivered to founder Terry Bramall in 1978 against acquiring a plot of land at Thorne in South Yorkshire. It emerged the deal could have finished the Bramall and Ogden building business at a time when the sole task was to get it into profit. Instead David recommended focusing on the core activities of refurbishing council houses.
The strategy enabled the firm to cash in on funding made available by the government in the 1980s. The acquisition of construction rival Frank Haslam Milan strengthened the company’s position in 1983 and brought the rebranding as Keepmoat.
When Terry Bramall retired in 2007 he sold the business for £783 million, and Keepmoat has since become a key member of the Citywide Developer Partnership and is building hundreds of new homes across the city.
David’s input helped to double the profits for Hull-based jewellers Hugh Rice. Within For Entrepreneurs only – the East Yorkshire business organisation that David co-founded – his step change programme supported the growth of 70 member businesses, creating on average four jobs each.
Thomas Martin, chairman of Arco, said: “In a world where France has no word for entrepreneur, Yorkshire has two: David Hall. You simply cannot read only one of the ‘stories’ at a time, they are compelling, educational and very entertaining.”
David Kilburn, executive chairman of MKM, said: “David delivered his step change programme to all of our branch directors and when the penny dropped the results were staggering with improved sales and profitability. I hope our story in Telling Tales will inspire others to develop their business.”
Paul Sewell, chairman of the Sewell Group, said: “Over the years I have heard David recount many tales from his vast experience and have always found them inspiring and informative. This has always left me wanting more, so I am delighted he has decided to commit his tales to a book that I can visit and revisit. It is a cracking read.”
Telling Tales – Lessons from a lifetime helping businesses succeed uses case studies to illustrate business principles and processes that David has devised himself, drawn on from his global network of contacts, or supported businesses in developing themselves.
Many are stories of spectacular success, some chart catastrophic failure. David describes honestly how some projects fell short of their potential, and how others were beyond salvation when he was called in. He also includes ten business toolkits covering issues including cutting costs and increasing profits and getting customer service right and featuring lessons from entrepreneurial leaders.
Born in York and brought up on a council estate, with aspirations limited by his father’s PTSD as a survivor of the Battle of Arnhem, David struggled academically.
The book tells how wayward careers advice pushed him into construction before psychometric testing earmarked him as a future management consultant, even though he didn’t know what that was.
He formed views about teamwork after batting against Fred Trueman and meeting Geoff Boycott during trials for Yorkshire, and he soaked up knowledge and devoured business books at every stage of a career which brought plaudits from clients and led to him building his own consultancy with a nationwide team of 120 people.
After his first book, The Hallmarks for Successful Business, attracted the attention of the BBC, David co-wrote and presented the Bafta-award winning series Winning in 1992 and Winning 2 in 1994. The experience prompted David to sell his company and pursue his passion of exploring, investigating and improving businesses.
More books followed along with academic recognition. David was awarded a visiting professorship by Curtin Business School in Perth, Western Australia, in 2002 and was made an Honorary Doctor of the University of East Anglia and the University of Essex in 2009.
He said: “Inspiring others is the focus and purpose of this book – particularly relevant now as businesses struggle to recover from the Covid-19 nightmare.
“Usually I label myself ‘consultant’. If I want to be less flash, I’m a facilitator. I’m told that the pragmatic Scandinavians have one word for it all: helping. I like it, so from now on I am a helper.
“Although this will be my last book, like any good business I am moving with the times and I intend to do much more with social media, starting with the launch of the book and hopefully progressing towards a physical event when circumstances permit.”