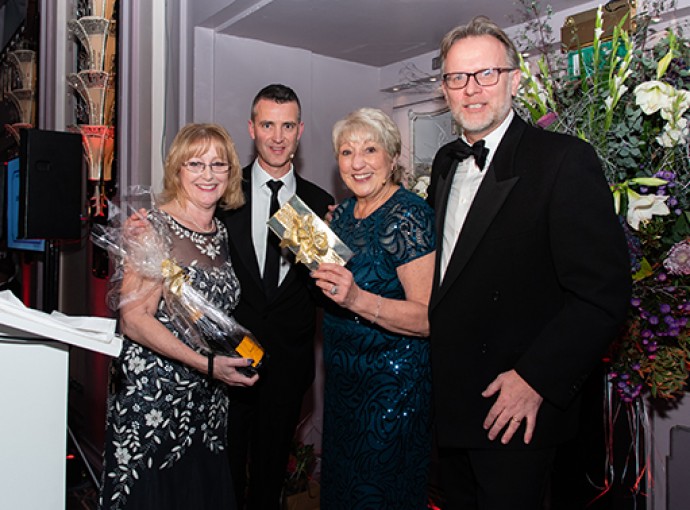 The head of one of the
region’s foremost business centres shared centre stage with a leading industry figure
after being nominated to pay tribute to mark the end of a distinguished career.

Freya Cross, business and corporate manager at the Deep, made the presentation to Jennifer Brooke, who had served as executive director of the Business Centre Association (BCA) since its foundation almost 20 years ago.

As Jennifer stepped down at the BCA’s gala dinner in London, Freya highlighted her influence and guidance on the Deep Business Centre in Hull and on other business centres in the region, including in supporting Hull’s embryonic Digital Cities initiative.

She said: “As executive director, Jennifer led the transformation of the perception of business centres, which are now recognised as highly professional, well-equipped facilities supporting entrepreneurs and their businesses from start-up through all stages of development.”

Jennifer joined the former Federation of British Business Centres as executive director in 1999, and immediately set about reshaping and rebranding it to create the BCA, long established as the voice of the industry and working to promote a common standard of excellence across the flexible workspace sector.

With Jennifer at the helm, the BCA has evolved into an organisation that offers support and guidance to providers of flexible space, co-working and mailbox facilities across the UK, mainland Europe, the USA and further afield.

In the UK alone, there are more than 2,300 flexible space centres in the UK with many more co-working environments, workspace and light
industrial units. Between them they contribute more than £18 billion of GDP to
the UK economy.

Freya, who is now in her second term on the national BCA board having served for six years in total, joined David Kinnaird, president of Essensys USA, in making the presentation.

She said: “I was invited to make the presentation because I have known
Jennifer since 1996, during which time we have developed from being a
little-known industry into a major contributor to the economy.

“Jennifer has always been a valuable source of information – what she
didn’t know you didn’t need to know – and she has done so much for the industry,
lobbying Government and other organisations and leading technological development.

“When the Deep Business Centre opened in 2001 it was the first high-tech centre in the city and I was on the steering group of Hull City Council’s Digital Cities initiative. That was the first step to the city’s digital prowess which we see today, and the support from Jennifer was vital in enabling us to set the standards.

“We have
demonstrated best practice with the help of the BCA and we share knowledge with
other less experienced business centre managers and operators in our region,
including BCA members and non-members.”