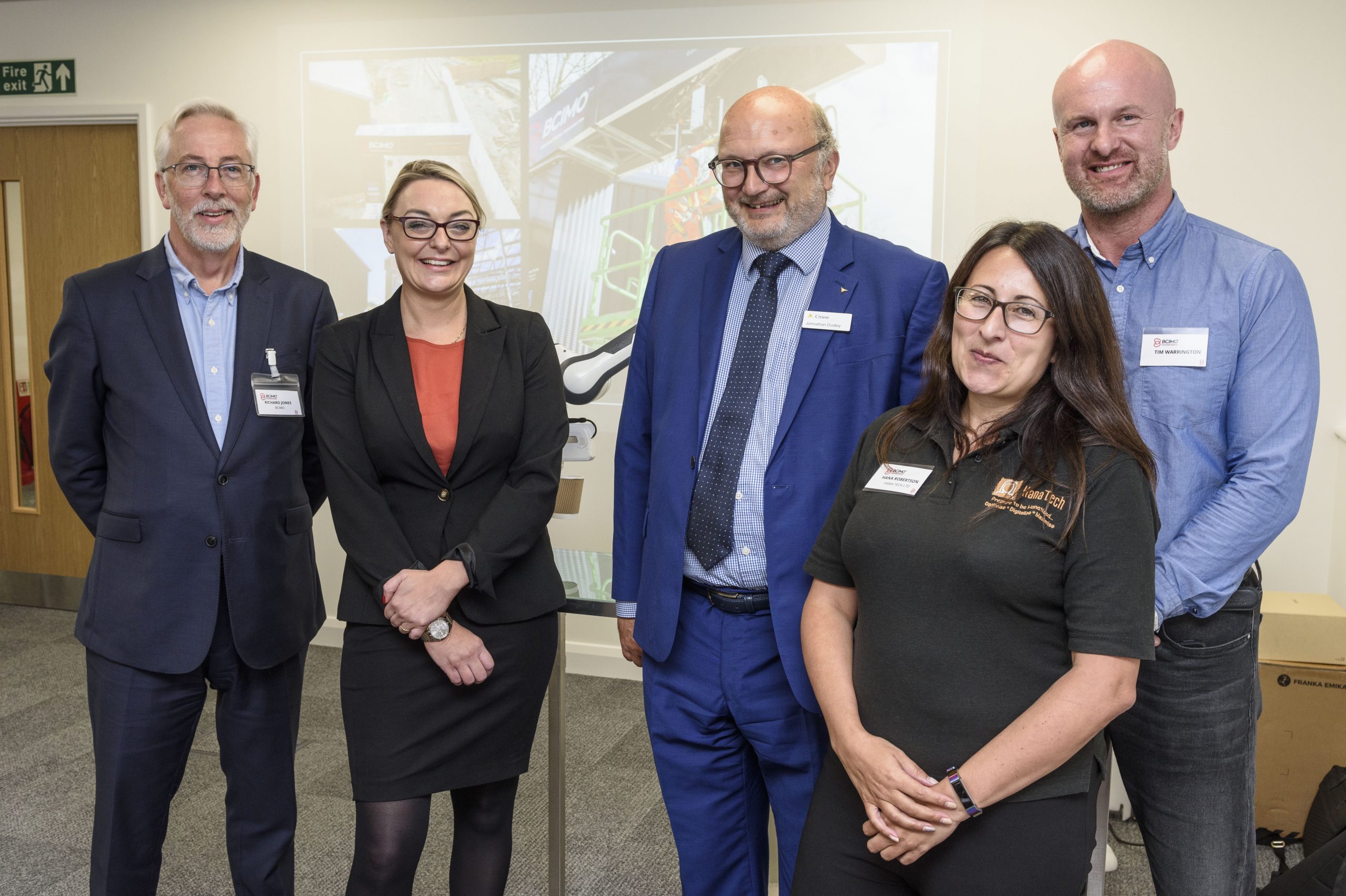 Building the supply chain for the new Very Light Rail programme was the hot topic at one of the first face-to-face business events in the Black Country since the start of the pandemic.

Hosted at Black Country House in Oldbury by national audit, tax, advisory and risk firm Crowe, the event also encouraged more than 30 guests from firms across the area to get involved in digital innovation.

Chaired by Johnathan Dudley, Midlands managing -artner and national head of manufacturing at Crowe, the seminar ran under the Factory of the Future banner, promoting the benefits of digital and robotic technology to improve processes and profitability across a wide range of businesses.

It also provided a platform for BCIMO – the Black Country Innovative Manufacturing Organisation – to encourage small and medium-sized firms to gear up for the new Very Light Rail (VLR) industry currently being developed in Coventry and at Dudley’s £24 million VLR National Innovation Centre, which is due to be competed in February next year.

Funding for BCIMO and the Very Light Rail National Innovation Centre has been secured through the Black Country LEP, European Regional Development Fund and Midlands Engine.

And he urged Black Country businesses to sign up as potential supply chain companies: “We want to build a strong UK supply chain as we build a brand new industry rather than see the work go abroad.”

The VLR vehicles currently being developed for use in Coventry would be powered by their own electric batteries, rather than needing overhead power lines, and would weigh just nine tonnes, compared with 30 tonnes for a metro tram. Battery charge would last for about 45 miles and the vehicles could carry 60 passengers, he said.

Mr Jones added that recent research indicated around 20 cities could be interested in running VLR systems, creating a £1billion marketplace for up to 1,500 vehicles.

Naomi Arblaster, SME business adviser at BCIMO, said innovation was key to the new industry as a supply chain was developed.

“We want to make SMEs VLR-ready, pre-approved suppliers,” she said.

To that end, firms will be encouraged to sign up to the programme at the forthcoming Black Country Business Festival on October 5.

At the same time SMEs will be offered up to 12 hours’ free support in developing their own digital innovation and transformation plans.

Among a number of BCIMO partners at the event, Hana Robertson, of HanaTech, explained how she worked on “digital streamlining”, automating manual and paper processes within SMEs.

Martin Dudley, chairman and CEO of Thomas Dudley, chaired a Q&A session for company bosses to talk about their work on innovation, including Rob Yules of Thomas Dudley’s Waterfit division, and Roy Taylor from Malthouse Engineering, who spoke about how Hana’s methods had worked for them.

Among the other speakers, Tim Warrington of award-winning robots and automation business Bots.co.uk, had one of his firm’s robot arms on display and spoke of the need for the UK to catch up with rival economies use of technology – German companies currently use more than three times as many robots as their UK rivals.

Crowe is a leading adviser to SME, small and mid cap manufacturing and engineering companies across the UK.

The firm will launch its annual Manufacturing Outlook Report survey in October. Produced in collaboration with the Confederation of British Metalforming, respondents will include a range of businesses nationwide, across a variety of sectors.