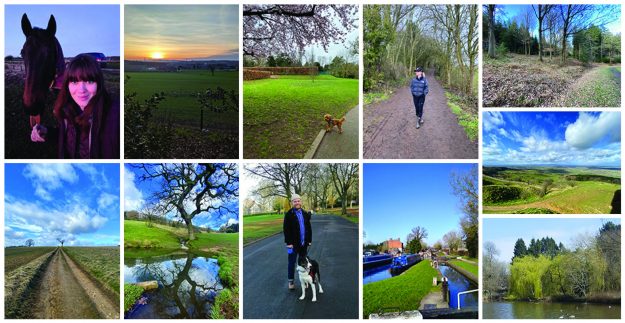 Birmingham and Channel Islands based communications consultancy, Liquid, has donated more than £145,000 to charitable causes over the past two years.

The consultancy has long supported the third sector through its work and donations, but 2019/20 proved to be record-breaking in terms of its charitable contributions and giving back to the community.

Funds, supporting both local and international causes, were awarded to charities including Change into Action, Whitley Fund for Nature, British Transplant Games, and the Cyrille Regis Legacy Trust.

Additionally, in its latest drive to raise funds for charitable causes, the consultancy completed its ‘Channel Challenge’ to celebrate the tenth anniversary of its Jersey office. The challenge, which was in aid of St John Ambulance, involved the team taking on a virtual round-trip between all of its offices in Birmingham, London, Guernsey and Jersey.

The team exceeded their target of 673 miles, collectively walking, running, cycling, and even roller-skiing 790 miles – around 26 miles each – over the course of one month. Liquid chose to support St John Ambulance in its latest efforts to thank the charity for its vital role in the COVID vaccination rollout, as well as to recognise the hard work of Hollie Jones, account director at Liquid, who volunteers for the charity.

Liquid CEO, Elisabeth Lewis-Jones, said: “In times of uncertainty, it’s incredibly important to not only look after yourself but those around you, and as a team we are so pleased to be able to support charities close to us and give back to the communities around us.

“We recognise the importance of using business as a force for good – to benefit people and the planet – so whether it’s donating to well-established charities or using our PR skills to raise awareness, giving back means a lot to our business and the team.”