Bids invited for second round of Chamber Culture Fund 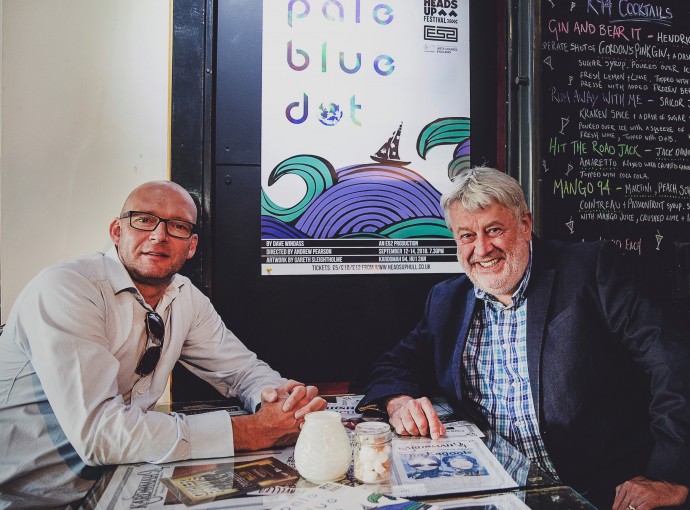 Hull and Humber Chamber
of Commerce has launched the second round of a fund to support art and culture
in the region, and is urging businesses to pledge their backing for the scheme.

The Chamber Culture Fund will invite bids for cash from individuals and organisations working on art and culture projects throughout the Humber region – the area covered by the Chamber and its membership of about 1,300 businesses.

Money will be generated from the Chamber’s own investments, and the hope is that businesses will make donations to top-up the fund. Former Chamber president Phil Ascough said there may also be opportunities for businesses to adopt art and culture projects which apply for support.

Phil said: “The Chamber
Culture Fund was launched to commemorate the Chamber’s 180th
anniversary and Hull’s status as 2017 UK City of Culture. We made the first
award in 2018 and were not surprised to find that demand far exceeded supply.

“It’s clear there are
many people and organisations working on some wonderful art and culture projects
in the Hull and Humber region. We’ll do what we can to support them and it
would be great to see individual businesses getting involved as well.

“We want to help bring
businesses together with the arts and culture community throughout the Humber
region and make cash awards to support the development of art and culture
projects. We can also help businesses identify projects that they could adopt
and develop themselves.”

Guidance notes and application forms for funding are available from the Chamber and must be returned by midday on Monday, March 18. Shortlisted candidates will be interviewed on Thursday, April 4, and will be informed of the outcome by Tuesday, April 9.

Joining Phil on the panel
which will assess the applications will be Julian Wild, a solicitor at Rollits
LLP and former board member at Hull Truck Theatre, and arts consultants and
project directors Elaine Burke and Clare Huby, whose credits in the local area
include Larkin with Toads and the Amy Johnson Festival.

Phil said: “We have
increased the award this year to £4,000 and will also offer advice and
mentoring to candidates. We recognise and value the role of art and culture in
supporting and developing our communities and we welcome applications from artists
and organisations working in any arts discipline within the Hull and Humber
region including literature, music, visual art, the performing arts, digital
media or any combination of these.

“Among other
attributes, our judging panel will be looking for submissions which demonstrate
originality and ambition and which will make a real impact on the regional arts
and culture scene.”

In 2018
the Chamber Culture Fund awarded £3,000 to the E52 theatre company for Pale
Blue Dot, which combined
live performance, original music by The Broken Orchestra, animation and graphic
novel artwork.

Evaluation compiled by E52 showed
that the project provided 110 days of work for a total of 10 local artists and
creatives. The eight performance days included two free shows for secondary
school audiences and one at the Hull and East Yorkshire Centre for the Deaf.
The live audiences totalled nearly 800, with nearly 50,000 people engaging with
the performance through broadcast, online and in writing.

E52 also used the donation from
the Chamber to secure further support from the Arts Council and private
sponsors.

Andrew Pearson, director of E52, said: “In a difficult climate, for both artists and funders, we were delighted to receive support from the Chamber Culture Fund in order to realise this project’s creative ambitions. Because of their generous funding we were able to produce a short run of the show as part of the Heads Up Festival and to offer it to schools free of charge. Support from business – especially by local SMEs – is vital for the continuation and growth of the arts in the city and region following City of Culture.”