Beverley Races returns without spectators for first time in 330 years 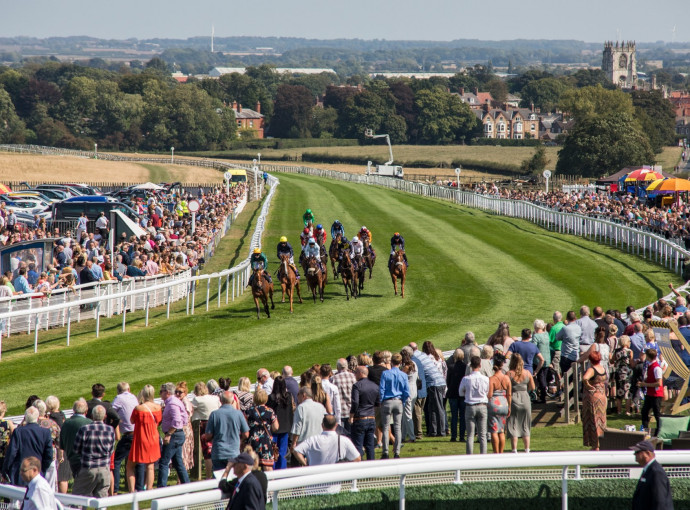 The first race meeting of the 2020 season will take place at Beverley Racecourse on Thursday, June 11 – almost two months after the season was originally due to begin.
The event will be the first time horseracing has taken place on the Westwood without spectators since the first racecourse was established on the site in 1690.
It follows the Government’s go-ahead for racing and other professional sports to return behind closed doors after the suspension caused by the coronavirus outbreak and subsequent lockdown.
The first race meeting since the sport was suspended took place at Newcastle on June 1, and Beverley’s raceday will be only the second meeting in Yorkshire since the easing of lockdown. Beverley Racecourse has announced nine race meetings up to the end of August, with all racing taking place behind closed doors until further notice.
Beverley’s Pasture Masters have given permission for the closure of the area in the centre of the racecourse, known as the Hurn, as well as land on the outer perimeter of the course, to ensure spectators don’t gather to watch the racing. The closure will remain in place between 7am and 7pm on June 11 and on subsequent racedays.
All those involved in the race meeting at Beverley and other courses will undergo a three-stage health screening process, including completing an online Covid-19 educational test and health questionnaire every seven days, followed by temperature testing and further questions on arrival at the course. Admittance will only be granted to pre-registered participants who pass the checks.
Once inside, appropriate personal protective equipment (PPE) will be worn by all participants and social distancing measures will be followed.
Beverley Racecourse chief executive Sally Iggulden said: “It’s incredibly important for this racecourse – and for the racing community that we are part of – that we can finally start the season, even in the current very difficult circumstances.
“We have already had to cancel six race meetings this season and several non-raceday events. That has left us with no income since lockdown. The only financial help available to us has been the furlough scheme.
“It will be exciting to have racing again on the Westwood, although it will be strange not to have racegoers.
“We don’t know when we might be able to welcome the public back to the racecourse, but we’re looking forward to that day. We will follow government advice as to when it is deemed safe to do so.”
Extensive measures have been implemented by the British Horseracing Authority (BHA), the governing authority for horseracing in Great Britain, to ensure racing can return safely without spectators. Alongside the three-step screening process, these include:

Only essential participants allowed on the racecourse.
Two metres social distancing maintained in all areas as well as one-way systems, with a specially designated social distancing officer to enforce measures.
Weighing room equipment cleaned and disinfected, no showers or saunas for jockeys, and handwashing and hand sanitisers in place in the pre-parade and parade rings, and starting stalls.
Jockeys, parade ring personnel, starters and stall handlers to wear face coverings.

The BHA’s plans have been developed in consultation with the Government and public health officials and are aligned with guidance issued for the return of elite sports.
The BHA said risks of transmitting coronavirus were lower for racing events than in other sports and industries, as it is a non-contact sport which takes place outside, and training of horses has continued, with riders already having adapted to social distancing rules.
Sally Iggulden said the temporary closure of part of Beverley Westwood on racedays was in line with BHA guidelines for the resumption of racing.
She said: “We know local people will understand why it is necessary to close some areas of the Westwood. We appreciate the public’s support and apologise for any inconvenience this may cause.
“The Westwood will remain open on the other side of York Road from the racecourse. This area will not be affected and can still be used by the public for walking and leisure.”
The racing industry is worth more than £4bn annually to the economy, most of which is generated in rural areas. About 20,000 staff are directly employed, with tens of thousands more working in jobs that depend on racing.
Beverley Racecourse fixtures
Beverley Racecourse has agreed with the BHA a series of behind-closed-doors meetings up to the end of August, all of them afternoon events. Dates beyond August are yet to be decided. Agreed fixtures for the 2020 season are: