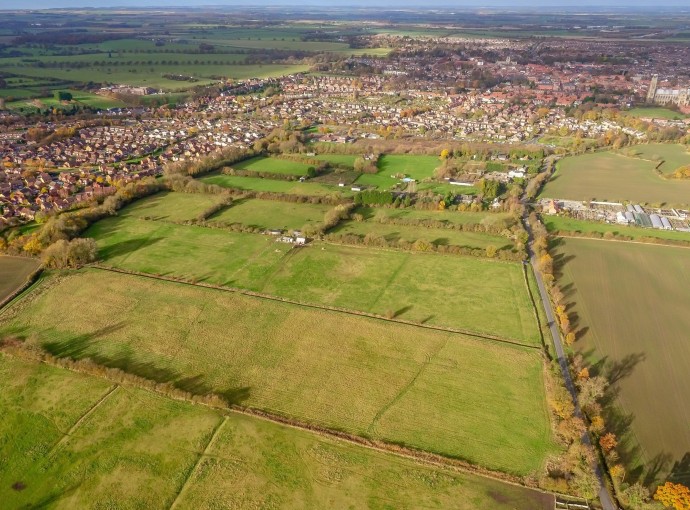 The council’s planning committee has now approved the first phase of the scheme south of Willow Lane and Philip Lovel, managing director of Lovel Developments, said the decision opens up an area of 14.25 hectares of land which is part of the masterplan.
He said: “The approval of the site south of Willow Lane also includes provision of a spine road which extends through the wider masterplan site and will give us access to the proposed new developments.
“Our proposals are to provide a further 400 homes on the site extending south from the phase which has just been approved. This will be a significant step towards completion of the Council’s masterplan.”
The council’s masterplan was approved in 2015 and will bring the construction of about 1,800 houses on a total of nearly 190 acres of land between Woodmansey Mile in Beverley and Minster Way. The council had heard that national planning policy means there will be a need to build 3,300 new homes in Beverley by 2028-29 and the site for this project had been identified as one of the most suitable in the town for housing.
In recommending approval of the scheme south of Willow Lane Alan Menzies, the council’s director of planning and economic regeneration, reported that the plans had been amended since originally being submitted and provided “a better mix of housing and spread of affordable housing plots”.
He added: “The proposals represent an acceptable form of development in accordance with council policy and the South West Beverley Masterplan. The development would not have a significant adverse impact on the visual amenity of the area, would not detract from the residential amenities of existing dwellings and would provide a satisfactory living environment for any potential future occupiers.”
The new proposals are covered by two separate outline planning applications submitted by Lovel Developments and Shirethorn and covering a total of 14.25 hectares of land.
The planning statement submitted by the applicants confirms that access to the sites would be from the north via the developments which have been approved, and with no access to Long Lane. The proposals include landscaping, open space and a variety of homes including affordable housing.
Mr Lovel said: “We are delighted that the council has approved the scheme south of Willow Lane which will be developed by Barratt and David Wilson Homes and we look forward to seeing work start on site very soon.
“As that development starts to take shape the construction of the access roads will provide a route to the areas which are the subjects of the additional planning applications, and we would like to be ready to progress once that route is ready for use.
“The importance of the wider site is demonstrated by the fact that it is the largest single site for housing development within the East Riding Local Plan to 2029. We have already carried out detailed consultation and we will continue that throughout the planning process.”