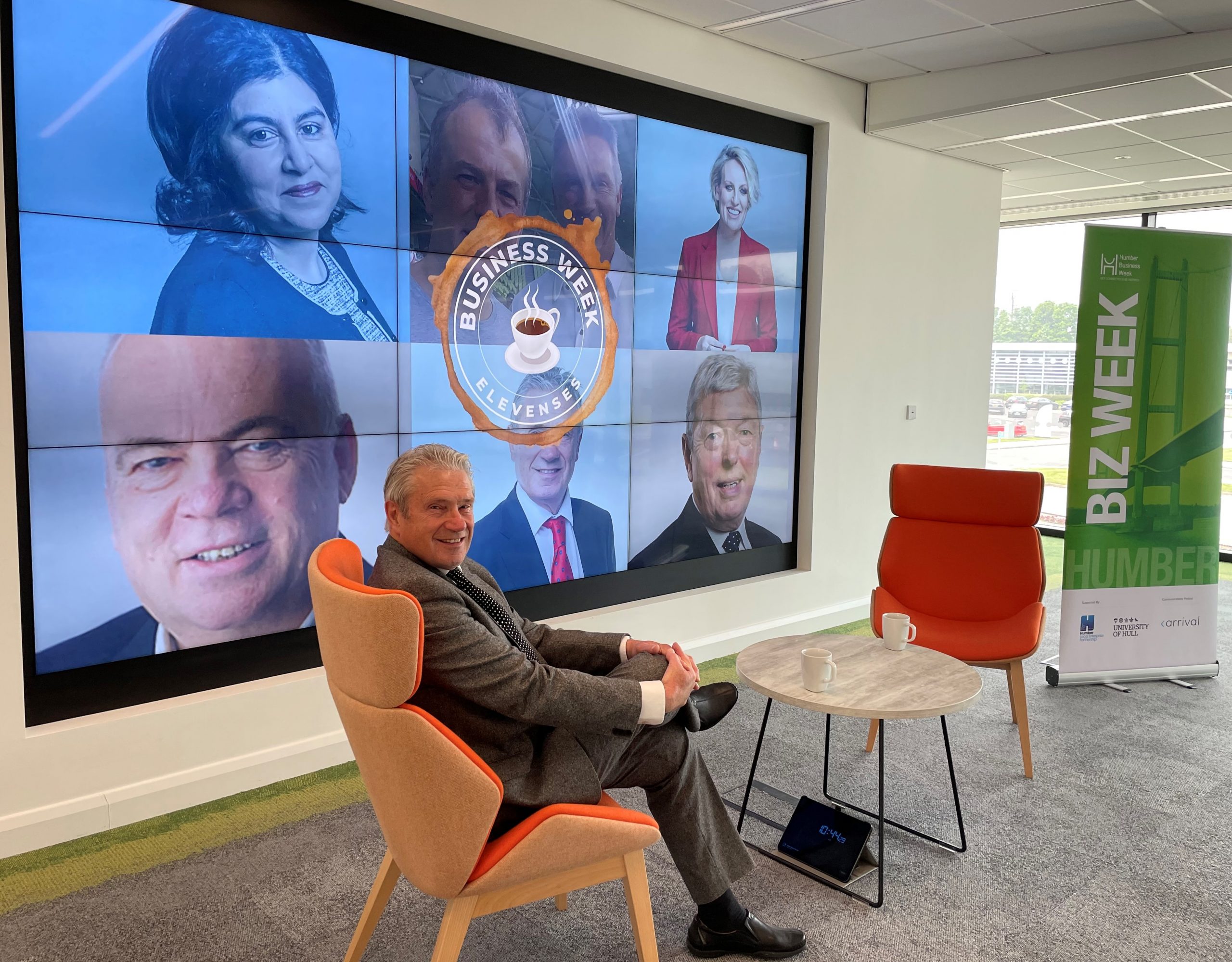 A baroness, a broadcaster and a brace of owners of Super League clubs will share stories of achievement and adversity in a series of interviews that promises to be a highlight of Humber Business Week.

Also taking part in the Elevenses events is an entrepreneur with a track record of transforming businesses around the world, and the programme will conclude with interviewer Paul Sewell – chairman of Sewell Group and a co-founder of Business Week – facing questions from former home secretary Alan Johnson.

The interviews are all taking place at the University of Hull’s Aura Innovation Centre with small, invitation-only, socially distanced audiences and will be streamed on the official website free of charge at 11am every day of Humber Business Week, which runs from June 7-11.

The week will kick off with Neil Hudgell of Hull Kingston Rovers and Adam Pearson of Hull FC on the Monday. Broadcaster Steph McGovern will appear on the Tuesday and East Yorkshire-based entrepreneur Professor David Hall will join Paul on the Wednesday. Businesswoman and Conservative peer Baroness Warsi will be the guest on the Thursday.

Paul said: “I’ve met all of the participants before and they all have remarkable stories to tell. But it’s fair to say that not all of them are primarily known for their business interests, and these interviews are all about telling the audiences things they didn’t know about these people.”

Neil Hudgell and Adam Pearson are well-known as owners of their respective clubs but Paul intends to explore the commercial issues around rugby league and the business backgrounds that have supported their significant sporting investment.

With Steph McGovern he plans to discuss the passion and talent for engineering that triggered her interest in business and led to a highly successful media career and her current Channel 4 show, Steph’s Packed Lunch, broadcast from Leeds.

David Hall published his latest book, Telling Tales, during the first lockdown, featuring highlights from a career helping businesses including Keepmoat to start and grow. As he entered semi-retirement he founded For Entrepreneurs Only to tackle what he saw as a dependency culture among businesses in East Yorkshire.

Baroness Warsi, from West Yorkshire, became the first Muslim to serve in a British cabinet and will be asked about her experiences in politics, business and stand-up comedy in the face of discrimination as an Asian woman.

Paul said: “Neil and Adam have two clubs where their competition is about as fierce as it gets. But they also collaborate and I’ll ask them how that came about, getting across the message that collaboration rather than competition is the new business leadership.

“David is one of our region’s best-kept business secrets, taking firms of all sizes from average to great, a professor at the Curtin Business School in Perth, Australia for his work with entrepreneurs and available now, on our doorstep, to help entrepreneurs. He’s not just an academic in management theory, he’s at the coal face.

“I want to ask Steph McGovern about the best businesses she worked with during her years at the BBC and about how it felt to be about to launch her new nationwide show live from Leeds when the pandemic struck and she had to film it in her kitchen at home! We’re unable to keep Steph’s interview on the website afterwards so anyone who wants to see it must watch the live stream.

“For Baroness Warsi I’ve got a list of questions about business, patriotism and the political landscape, including taking her seat in the House of Lords when she was just 36. We’re working together on a project about Yorkshireness so we’ll also be talking about devolution and levelling up.”

Paul’s role reversal on the final day came about as a result of the cancellation of the official launch of his business book and memoir, Half a Lettuce, in May 2020.

He said: “Alan knows the book intimately because he mentored me when I was writing it and he helped with the editing. The launch didn’t happen because of lockdown so we’re doing it now. As the interviewer you are in control when you are asking the questions so this will be a very different experience!”