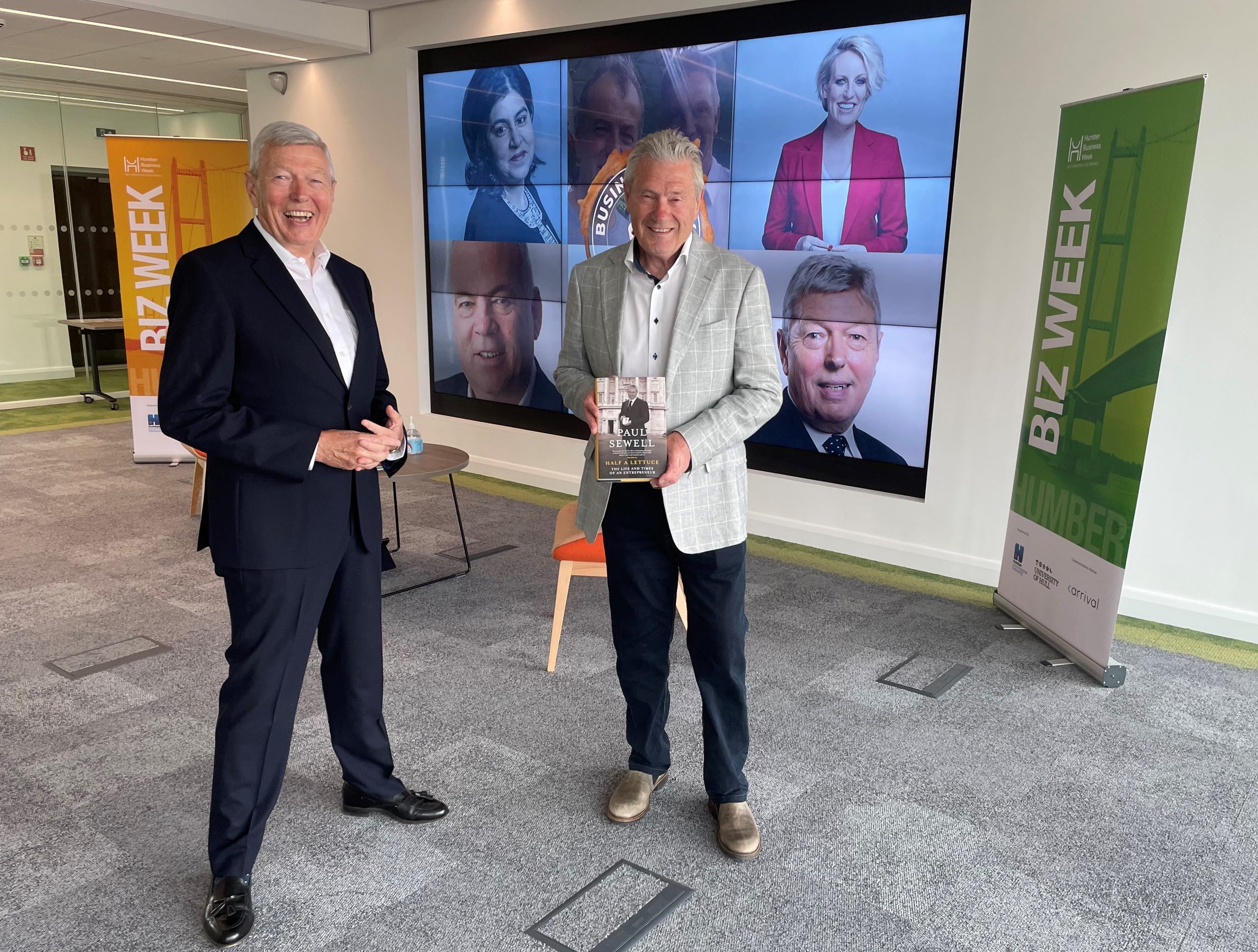 The founder of Humber Business Week brought down the curtain on this year’s programme with advice for employers on how to win the intensifying “war for talent”.

Paul Sewell, who is also chairman of Sewell Group with its workforce of 500, said the need to look after staff had never been greater at a time when young people leaving colleges and universities hold all the cards.

He said: “There is more of a war for talent among businesses than there is for customers. You get the right team and you will be successful. Success is inevitable. But the young people coming out of colleges and universities are more discerning.

“They are not going to put up with some of the things we had to put up with. We have blended generations in our business and you can’t treat the Zs and Xs and millennials like the baby boomers.”

But Mr Sewell, who failed the eleven-plus before gaining a first-class degree 10 years later, also fought the corner of young people who are academically weak and are vulnerable to an education system that is too rigid.

He said: “It was a crazy thing to judge kids at 11 years of age and put them on a path to working with their hands or going into academia. You see this enormous pressure to attain nowadays and I feel really sorry for the kids.

“I heard a great quote about when kids leave school – 15 or 16? No, they leave when you fail them. A couple of people believed in me and they found out what I was good at. If you do that you will get people to fulfil their potential.

“Social mobility enables businesses to fish in a bigger pool – it’s not a ‘do good’ thing, it’s a business thing. Talent is spread equally among the population but opportunities aren’t.”

Mr Sewell, who launched Business Week in 2005 having previously played a pivotal role in running the Yorkshire International Business Convention, was speaking at the last of the Elevenses interviews that were a highlight of this year’s programme.

The final interview saw the tables turned, with Mr Sewell interviewed by Alan Johnson, the former home secretary and MP for Hull West and Hessle, who drew on themes from the Half A Lettuce book published by Mr Sewell last year.

Mr Johnson, an accomplished author himself, said: “I am making this interview all about this book because it’s a fabulous story. Maybe there are people who don’t know about this book, but Hull University Business School know about it because it’s on their reading list. Dale Carnegie Training has done the same thing.

“It’s a bit business manual and a lot of memoir and a fascinating slice of social history. In every bit of this there’s a business lesson.”

Mr Johnson traced Mr Sewell’s career through the book from fruit trade to promising young footballer, and from school to higher education at the former Leeds Polytechnic and a career in the building trade. He suggested there was a time, after five years on the books at Hull City and with interest from clubs including Aston Villa and Blackpool, when a job as a professional footballer was not an unrealistic ambition.

Mr Sewell replied: “I was the best player in the school and in the East Riding team. But sport is a great lesson for life because no matter how good you are you will always meet somebody who is better than you.

“Self-awareness is a big thing, a platform to build your aspirations. I was not good enough to be a footballer. I’m not a very good builder either.”

He told an online audience and a small, socially distanced group of invited guests at the Aura Innovation Centre that he worked for a major building firm after graduating but came back to Hull to gain more control over his future.

He said: “I worked for one of the multinationals and I got the feeling that people were making judgments about my career who had never met me. So I came back to Hull. Everybody has one career and I think they deserve input into that career. That’s what we do at Sewell Group.”

Mr Sewell said he still applies lessons learned from sport within the business environment, shunning the angry football manager histrionics of slamming doors and throwing tea cups when things go wrong, and instead adopting an approach of listening and engagement.

The strategy established Sewell Group as serial winners in the Sunday Times 100 Best Companies to Work For and recently helped the company secure a Queen’s Award for Enterprise for Promoting Opportunity.

Mr Sewell said: “I ask people what they think is going wrong and I engage with them to find a solution. Listening is a key core skill in Sewell Group. Listen to your colleagues and your customers and they will give you the answers.

“Most people work at about 80 per cent capacity but really engaged people can get towards 100 per cent, so by making that decision to engage we can get the equivalent of another 100 people in the business.”

Mr Sewell said his plans for the future are to enjoy watching the achievements of the management team which he has assembled at Sewell Group, and to work with young entrepreneurs.

He said: “We haven’t reached our full potential yet at Sewell Group. We have a huge amount of talent within the group and I want to see how the business can perform when you have the right people in the building all pulling together.

“And I want to work with some of the young entrepreneurs I am dealing with. They give you life and energy and if I can help them that’s great.”