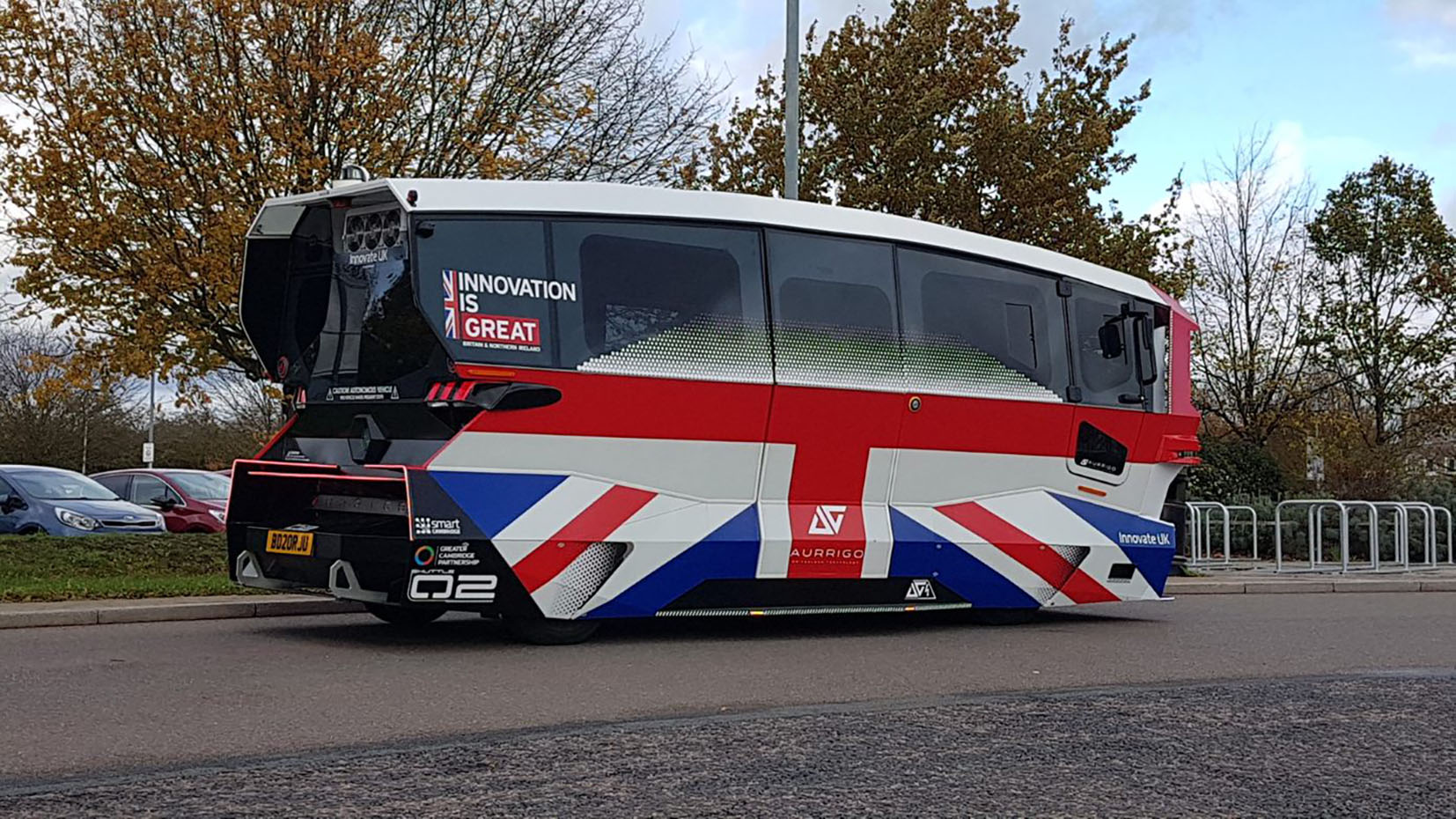 A Coventry-based autonomous vehicle specialist has been chosen to play a significant role in the £4 million Milton Keynes MK 5G Create project.

Aurrigo, which has already completed a successful driverless vehicle trial in the town, will join forces with Milton Keynes Council, MK Dons, BT and five other consortium partners to test out how 5G applications can create a world-class visitor experience for users of the stadium and surrounding campus facilities.

The company will manufacture and operate a 10-seater shuttle running a short autonomous route from Bletchley train station to MK Dons Stadium, together with two pods operating around the retail park perimeter.

In a world first, there will also be a driverless security pod (left) equipped with a tethered drone patrolling and streaming CCTV footage over 5G direct to the security centre.

“This is another very exciting chance for Aurrigo to deploy our expertise here in the UK, showcasing our autonomous technology and allowing us to engage with the wider public,” said Simon Brewerton, chief technical officer at Aurrigo.

“We have a fantastic opportunity with this project to integrate several cutting-edge technologies, including 5G cellular communications that allow guaranteed low data latency and available bandwidth, even when the stadium and retail park are bustling on match days.”

He added: “5G allows data from our autonomous vehicles to be monitored remotely in real-time and enables safe and secure communications between multiple vehicles and the central control room, as well as direct communications with each other.

“All of the vehicles are being manufactured in our state-of-the-art engineering centre in Coventry and we will have a dedicated team of 15 people producing them and then operating them on site.”

MK 5G Create is one of nine projects to receive funding as part of a £28.3 million joint investment between Government and business to explore how the country can seize the full benefits of 5G and help British industries capitalise on the power of modern technology.

Trials are dependent on Covid-19 restrictions but could start as early as the end of March and will run for just over a year, providing autonomous transport options for local people and visitors to the MK Dons campus.

It is expected that users will be able to use the new Aurrigo app to book a ride in the shuttle or pods.

Simon said: “It’s great to be returning to Milton Keynes to showcase another type of autonomous transport in the form of our shuttles and how they can deliver an even more engaging rider experience through the power of 5G.

“There is also a lot of anticipation for the unmanned security pod that will provide protection and a ‘constant eye’ in the sky. This is a world first and it’s great that we can potentially prove out a solution for businesses to improve and reduce their costs using automated security solutions.”

Matt Warman, minister for digital infrastructure, said: “5G is about so much more than faster mobile internet speeds, so we’re investing millions to help some of Britain’s brightest innovators explore the huge potential of the technology to improve and enrich our lives.

“The projects we’ve selected will demonstrate how the blistering speeds of 5G can put some rocket fuel in our economy and help businesses bounce back from the pandemic.”

Aurrigo has a number of exciting plans for 2021, including delivering an autonomous shuttle trial at the University of Cambridge’s West Cambridge site and the roll-out of its autonomous luggage dolly for aviation.

The latter is being supported by a number of international airports and promises to offer a host of operational and environmental improvements over using the current manned luggage dollies that are commonly in use today.