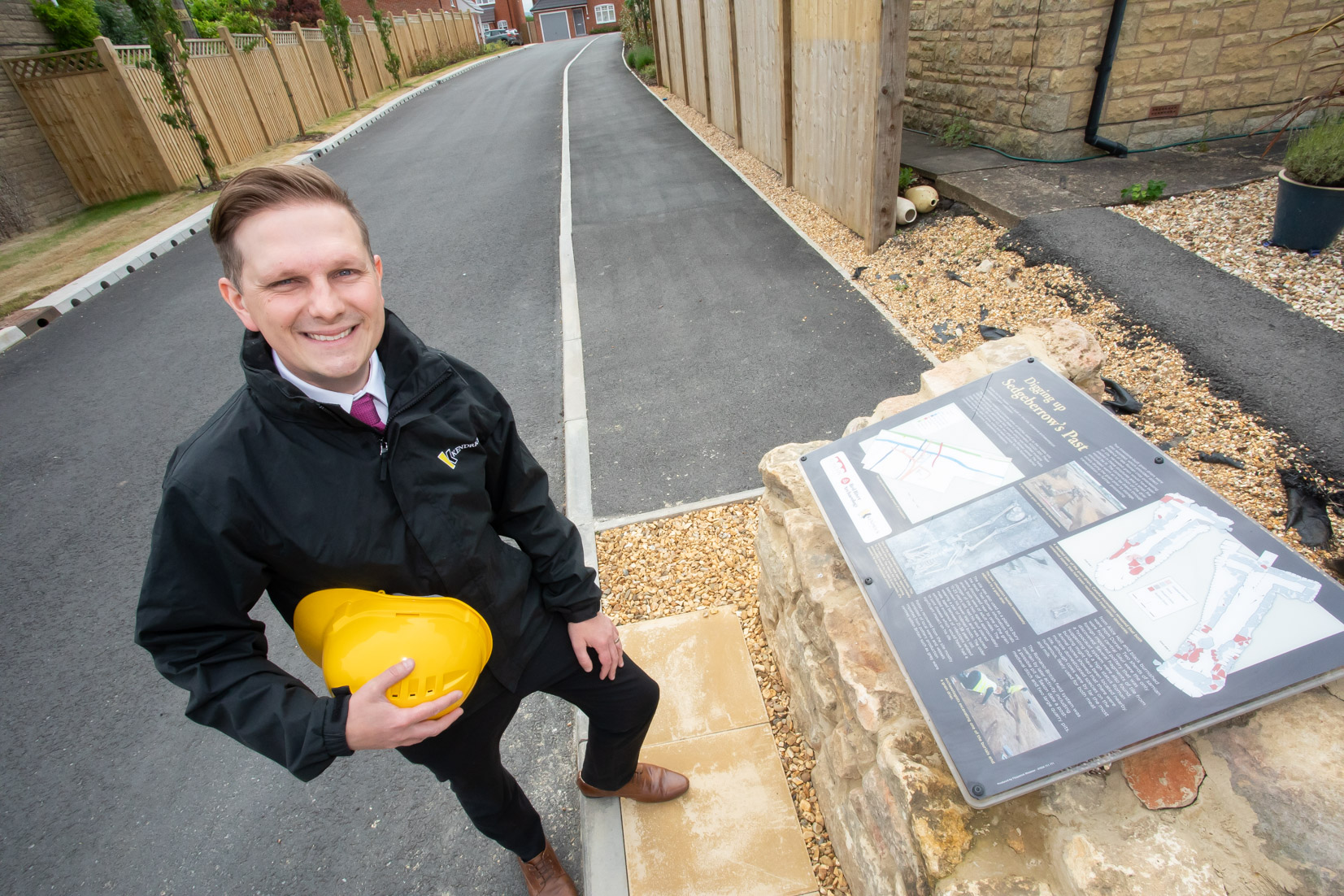 Creating new homes has unearthed a rare archaeological find in the village of Sedgeberrow.

Kendrick Homes, a medium-sized regional builder with sites across the Black Country, Staffordshire, Warwickshire and Worcestershire, commissioned Rubicon Heritage to complete a full strip of its Parsons Grove development after signs of historical structures were found during the initial build.

There were also two corn driers discovered, a mix of Roman and Anglo-Saxon pottery and, most interestingly, two burials, with one of them revealing the head placed by the feet of the skeleton. This was quite common in Roman burials and various historical myths range from suggesting the death of a wrongdoer or the burial rite of a gladiator.

All artefacts and samples from the excavation will be stored at the offices of Rubicon Heritage and at Hartlebury Museum, while a mini-monument has been created at the entrance to the estate, showing historical details and photos of what was found.

“This was the first time we have been part of an archaeological dig for more than a century and we were pleased to help local experts uncover and preserve important artefacts from Sedgeberrow’s past,” said Adam Cadman (pictured above), marketing manager at Kendrick Homes.

“All of our developments are designed and built with the interests of the local area firmly in mind and, where we can, we always try to incorporate some of the history in the homes we are creating.

“Parsons Grove has gone one stage further and we’ve marked the ‘find’ with a special monument that will become a real point of local interest for years to come.”

Founded in 1880 by William Kendrick, the Black Country-headquartered firm currently has seven sites across the West Midlands and is just about to start on site at a further six as it looks to maximise strong demand in the housing market.

Parsons Grove, a 20-strong mix of two, three, four, and five-bedroom houses in Sedgeberrow, is now sold out, with homeowners citing the quality of the development and its sought-after location near the historic riverside market town of Evesham yet within easy access to Cheltenham and Stratford-upon-Avon.

Adam added: “Covid-19 has thrown lots of challenges at us, but we have emerged in a strong position. We only have five properties left to sell across all of our existing developments and are either just starting on or about to launch another six schemes.

“The business is also looking to make a number of land acquisitions before our financial year end in June.”