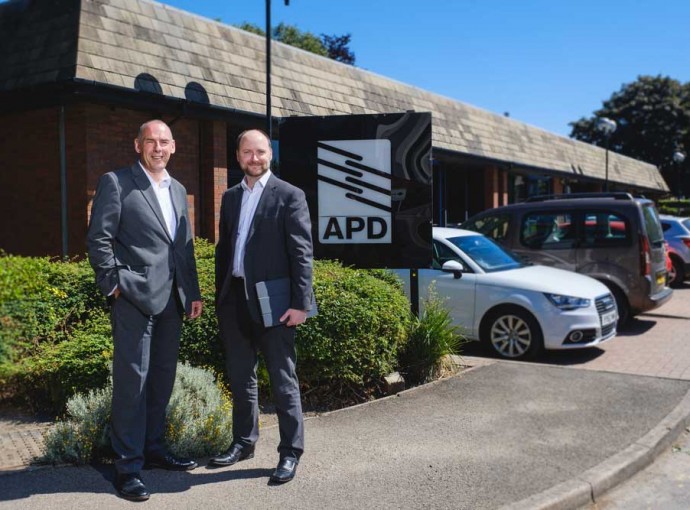 The managing director of Hull-based software company APD Communications has taken over leadership of a public safety industry group with a mission to promote and support innovative small businesses.
Mike Isherwood has been appointed chairman of the Small Business Group of British APCO, the leading UK-based association for everybody who uses public safety communications and IT.
The Small Business Group aims to provide a representative voice for small and micro-sized companies in the public safety sector.
Mr Isherwood said his primary objective in the role was to provide support and exposure for emerging businesses to deliver innovative and cost-effective solutions to the industry.
He said: “The UK has a wealth of innovation, especially in the technology field, which too often remains untapped. There is a real opportunity through the Small Business Group to promote innovative businesses in the sector and help to give them a strong future.
“Small businesses can be more attentive, less expensive and more innovative than some of the big players in the industry, but it’s difficult for them to cut through and get noticed. That means the innovation they offer can be stifled
“I’m excited to work with colleagues in British APCO to bring these smaller companies out of the shadows and into the sunshine. We want to give everyone a voice, not just the big players.”
Ian Thompson, chief executive of British APCO, said: “We’re really grateful to Mike and APD for taking the role on. Our appeal now is for smaller companies in the sector to join the group and become actively involved.
“Our message is ‘if you want to achieve something, tell us about it and we’ll put the power of our organisation and all of our corporate and individual members behind it’.”
Founded by two academics from the University of Hull, APD has developed cutting-edge digital technology in the city for more than 30 years.
APD employs more than 100 staff, mainly software developers – the company’s super-talented “geeks with goals” – who create critical, life-saving software used by the police and other emergency services organisations across the UK, as well as transport and aviation operators nationally and internationally.
Based at Newland Science Park next to the University of Hull, APD’s technology is used by one in two UK police forces; helps to run the London Underground; and is a key part of the critical communications infrastructure at Dubai International – the world’s busiest airport.
The company is also at the forefront of the development of the Emergency Services Network (ESN) a new, state-of-the-art communications network for the UK’s emergency services.