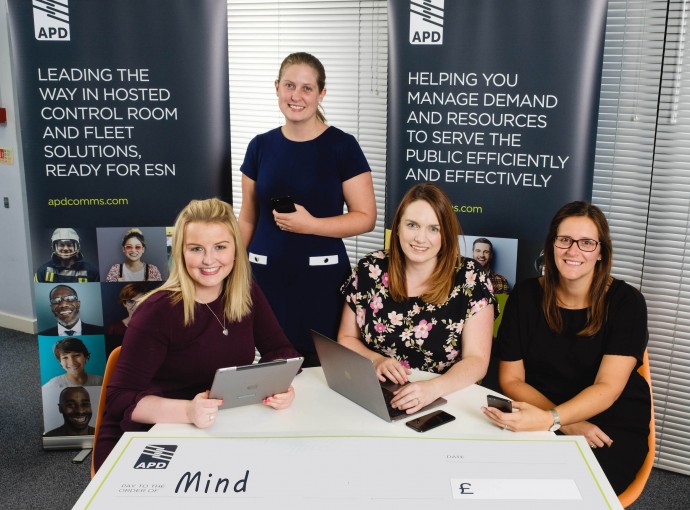 Hull-based software pioneer APD Communications is launching a special week celebrating the extraordinary work of emergency services call handlers and dispatch teams.
Taking place from October 22-28, International Control Room Week will raise awareness of the life-saving and life-changing work of staff in emergency services control rooms who deal with harrowing and distressing situations on a daily basis.
APD supplies critical, life-saving software to blue light organisations across the UK and also supports vital operations internationally. Building on those links, APD is now inviting individuals and teams in emergency services control rooms across the UK and Europe to back the new campaign and help to establish it as an annual event.
Rhiannon Beeson, APD’s marketing and sales manager, said: “The team at APD spends a lot of time in control rooms – you’ll often find us there on a Friday or Saturday night, trying to better understand the operational need of call takers and dispatchers, so that we continually improve our products.
“Each time we attend there is that one call that really sticks with you and brings on goose bumps, a pounding heart and, sometimes, a tear or two.
“When help gets to that caller there is an overwhelming need to thank and congratulate the team working on that incident. The teams say ‘we’re just doing our job’ but, to us, they’re saving lives every hour of every day – and that needs recognition.
“We know the period from Halloween to Bonfire Night is one of the busiest times of the year for emergency service and critical control rooms, so we picked October 22-28 as the week to say thank you and acknowledge the work they do.”
As well as celebrating the work of control room teams, International Control Room Week will support mental health charity Mind’s Blue Light Programme, which offers mental health support to emergency services personnel and volunteers.
APD will be promoting International Control Room Week on social media and will donate £1 to Mind for every #unsungheroes hashtag used during the week.”
Ms Beeson explained: “There’s two reasons we picked Mind as a charity to support during this week. The first is that the challenging nature of the job, often dealing with distressing and traumatic situations, puts employees at greater risk of suffering with poor mental health.
“The second is that control rooms across the UK are dealing with record numbers of phone calls on mental health. Last year Britain’s biggest police force, the Metropolitan Police, received a phone call relating to mental health every five minutes and these figures are expected to rise.”
Control room teams can register to participate in International Control Room Week at www.internationalcontrolroomweek.com and will receive a free celebration box filled with balloons, bunting, sweet treats, badges and stickers for employees to really get into the spirit of the initiative.
The launch of International Control Room Week follows the hugely-successful inaugural APD Control Room Awards, which took place earlier this year, and recognised individuals and teams working in control rooms for demonstrating remarkable skill, professionalism and resilience in responding to crisis situations.
Founded by two academics from the University of Hull, APD has developed cutting-edge digital technology in the city for more than 30 years.
The company employs more than 100 staff, mainly software developers – the company’s super-talented “geeks with goals” – who create critical, life-saving software is a vital part in the infrastructure supporting the emergency services and transport and aviation operators nationally and internationally.
APD’s technology is used by 69% of UK police forces; helps to run the London Underground; and is a key part of the critical communications infrastructure at Dubai International, the world’s busiest airport.
The company, based at the Newland Science Park, adjacent to the University of Hull, is also at the forefront of the development of the Emergency Services Network (ESN), a new, state-of-the-art communications network for the UK’s emergency services.