Andrei steps up to director role after decade with AA Global 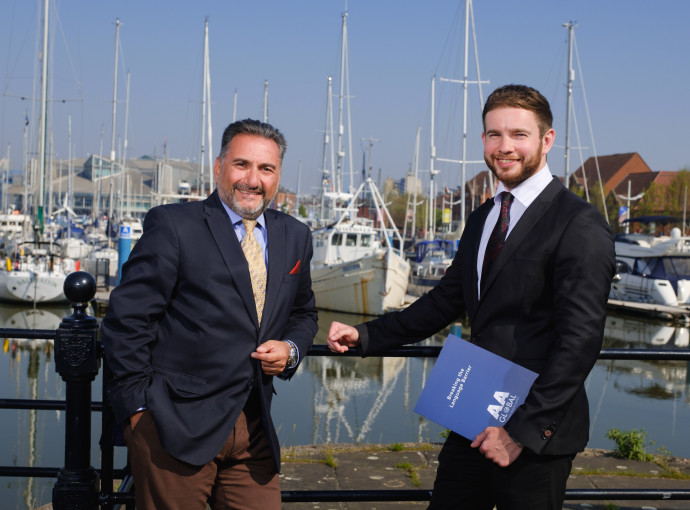 Andrei Sparling, who began his career with AA Global at the firm’s Worcester office, has worked across all aspects of the business and played a pivotal role in its expansion and in establishing Hull as the head office.
His promotion recognises his role in overseeing the firm’s major investment in new technology and in planning further improvements to connect the worldwide network of interpreters and translators.
AA Global employs nearly 15,000 translators and interpreters who between them can cover more than 500 languages. Of the current permanent workforce of 25, more than 20 are based in Hull, with Andrei one of the earliest arrivals in 2012, only a year after joining the firm full-time.
Andrei, who comes from Moldova, has lived and worked in Spain and in the UK. He speaks English, Moldovan, Romanian, Russian and Spanish.
He said: “When we opened the branch in Hull we were starting from scratch and I was taking ideas from our operation in Worcester as we developed the new office. I still spend time working in different departments because it gives me a better understanding of how things work across the business and how we can improve them.
“I am trying to use my passion for technology and innovation because I believe this is the way forward for the business. We are directing our considerable investment in IT to build new platforms such as video interpreting and a more advanced telephone interpreting system which enables our clients and our linguists to work together in a more robust and secure way.
“It’s nice to look back at the trend line through my career with moves into admin, the interpreting department and then supervisor followed by a managerial role and now a director. It’s been an amazing journey and I am delighted that I have been given this opportunity and that my work has been acknowledged in this way.”
Kirk Akdemir, CEO of AA Global, said: “Since joining us Andrei has gained extensive experience in every aspect of our business. He has accepted every challenge thrown at him, including leaving his home town and joining our Hull office when we first opened here. Andrei has been instrumental to our growth throughout the years and thoroughly deserves this appointment. His promotion also demonstrates how at AA Global we value and reward the hard work and loyalty of our employees.”
Picture shows Kirk Akdemir (left) and Andrei Sparling.