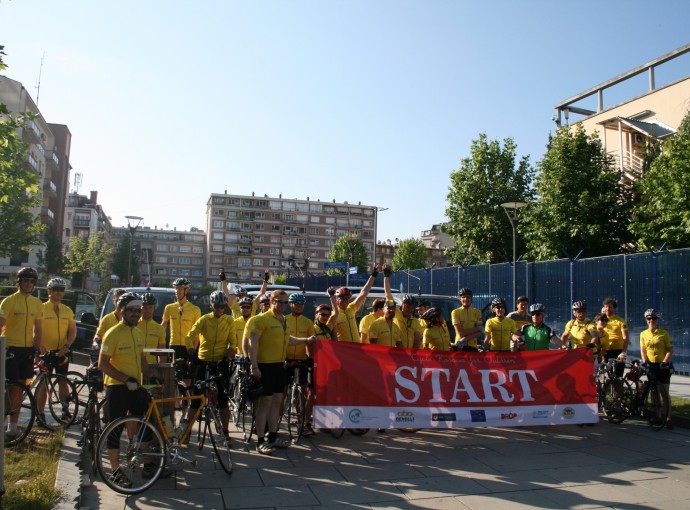 Agencia, which earlier this year was appointed as a Northern Powerhouse Export Champion for 2019, is backing Cycle Kosovo for Children 2019 as a corporate sponsor and with one of its Kosovo project managers, Mark Dixon, a founding member of the event and a participant again this year.
Agencia is based in Hessle and has built up a long track record of delivering successful projects in Kosovo, including a contract last year funded by the EU to assist Kosovo authorities by further supporting general law enforcement and a transparent judicial system, with a focus on forensic medicine services.
The contract, worth €2m, runs until 2021 and is being completed as part of an international consortium.
More recently, Agencia secured another contract in Kosovo with a particular focus on improving the integrity and transparency of the justice system.
Cycle Kosovo for Children started in 2014 with just seven international riders and this year more than 30 will take part in the tour, which runs from June 6-9 and covers 600km.
Mark is hopeful that individuals and businesses will support the ride with online donations and help support Action for Mothers and Children, which raises funds for equipment for neonatal units across the country.
He said: “’The event was created by a group of International people working in Kosovo engaged in capacity building and reform in the area of rule of law. Much of this work is about creating individual and institutional partnerships and trust.
“Cycle Kosovo for Children not only impacts in a direct and positive way on the lives of mothers and young children through improving the medical care they receive, but it also reinforces this partnership approach that includes support delivered by Agencia to improve the lives of people in a post-conflict or transitioning environment.
“Kosovo still suffers from the highest infant mortality rate in Europe and what we in the UK would see as basic neonatal services is sadly still lacking in the state heath system here. Hopefully individuals and businesses, particularly those with interest in Kosovo, will support us by donating online.”
To support Cycle Kosovo for Children please visit kosovaideas.com/campaign/detail/529