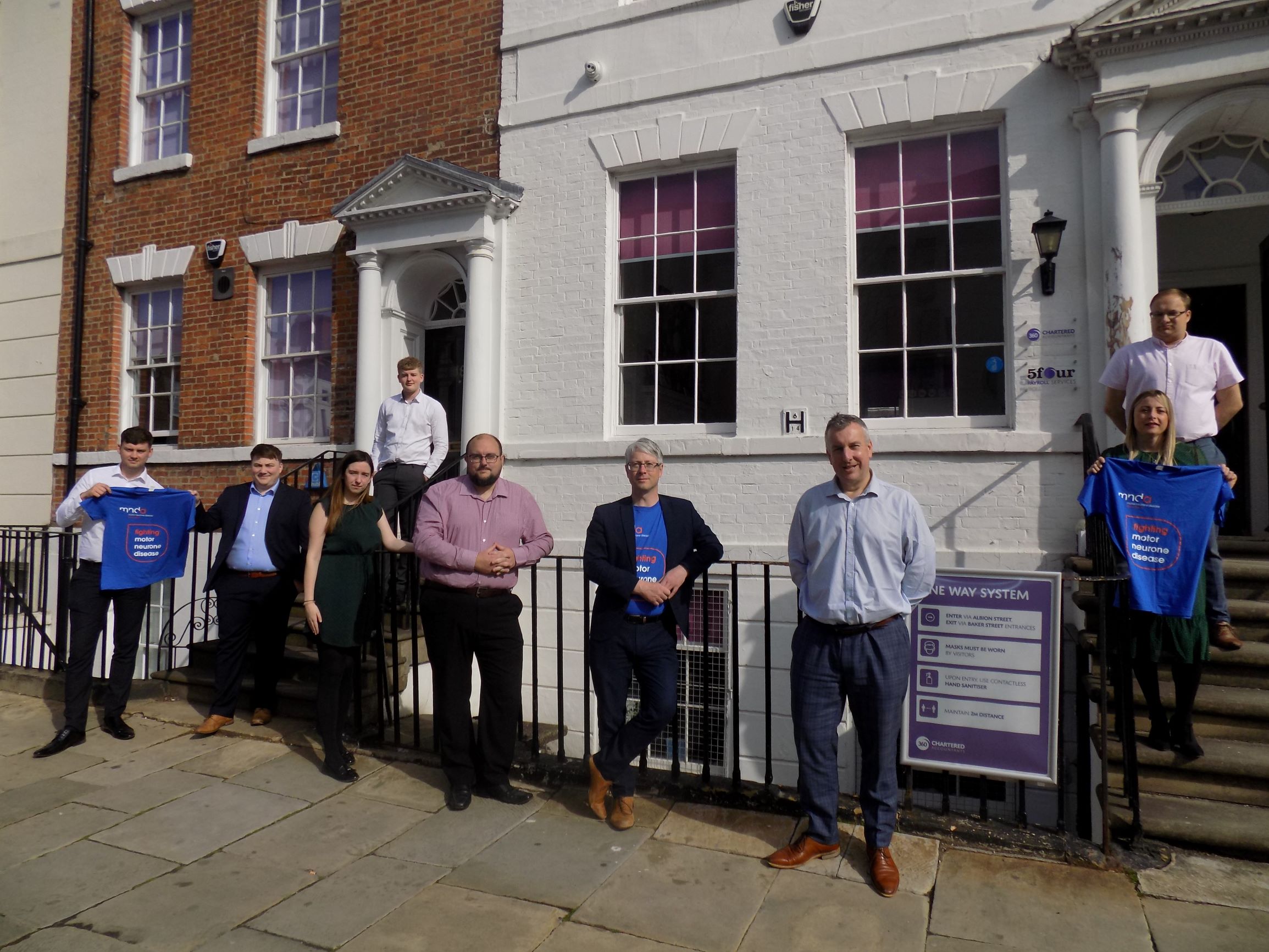 With the easing of Covid restrictions, 360 Chartered Accountants has just completed a month-long fitness and wellness challenge to encourage its team to look after both their physical and mental health – while raising money for charity at the same time.

To spur everyone on, they decided to split into two teams to walk, run or cycle as many miles as they could during April, each team fundraising for a charity of their choice. On top of any money raised, 360 agreed to donate £1 per mile for the winning team and £100 for the team in second place.

Andy Steele, director of 360, based in Hull and East Yorkshire, said: “It’s been absolutely great to see how much better we all feel now and after spending much of the last year working from home, it’s been a brilliant team building activity too.

“We recently partnered up with Vitality to provide health insurance for everyone at 360 and part of their ethos is to promote healthier living, so we started looking at how we could do exactly that and decided a fun, competitive challenge would be perfect.  And it really has worked.

“We have done exercise we wouldn’t have done. We have been getting up earlier to exercise and having socially distanced team walks at lunchtime to up our mile count! It’s also been great for our mental health. Getting everyone out at lunchtime, into the fresh air and having a proper break improves everyone’s spirits and makes us more efficient in the afternoon.”

In total, Team 1 walked, ran or cycled 894 miles, raising £1,184 for Unicef, while Team 2 came in second place with 615 miles and raised £202 for the Motor Neurone Disease Association. Meanwhile, Team 1 member Lisa Smith won the individual prize for the most miles travelled by a single person with 286 miles and Chloe McKinley won Team 2’s individual prize with 150 miles.

Jordi Caljé from Unicef said: “Please do pass on our thanks to everyone involved in making the decision to donate to UNICEF, it is greatly appreciated and will prove invaluable for many children around the world. Unicef depends entirely on voluntary contributions to support our programmes for children, receiving no money from the UN budget. Since the beginning of lockdown, Unicef has been on the ground all over the world, working around the clock to reduce the impact of the pandemic, in addition to our other life-saving programmes. Thank you again to everyone at 360 Chartered Accountants for your continued support, which is helping the world’s most vulnerable children in such a difficult year.”

Kelly Boston, community fundraiser at the Motor Neurone Disease Association, said: “We are delighted to have been selected as the 360 Team 2 chosen charity as part of their April wellbeing challenge. The funds raised will help us to continue our vital work in providing support for people affected by MND, campaigning to raise awareness of the disease and funding research to find treatments and ultimately a cure for MND.”

The challenge has been such a success that 360 is now planning similar challenges in the future. And they have already introduced Wellness Wednesdays, where everyone is given an hour off to focus on their individual wellness.