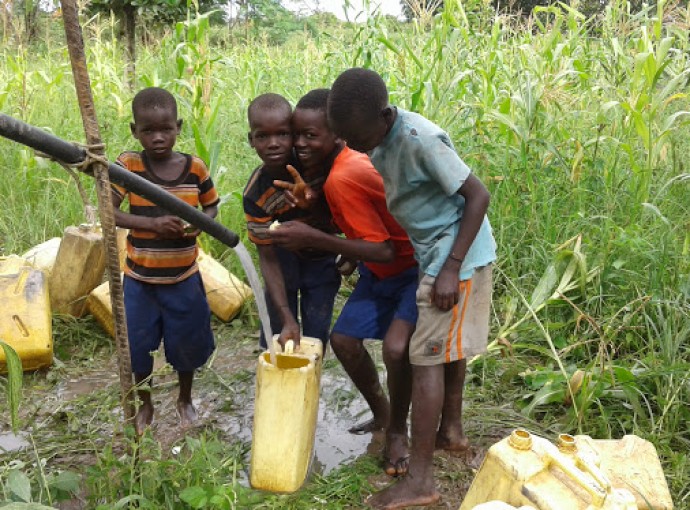 A charity that collaborates with local communities in East Africa to provide quality education, clean water, health promotion and other community-based projects has acknowledged the support of a family business from East Yorkshire in backing one of its latest ventures.
Fields of Life, a UK-based charity that is celebrating its 25th anniversary, has presented a certificate to Hessle-based Agencia to recognise its contribution in funding a well at Ageno Central Primary School in Uganda’s Amolatar province.
Agencia, which works to transform lives internationally with its health and justice programmes, made the commitment at the 2017 National Family Business Awards, where the company was named Best Small Business in the UK.
The awards event featured a big-money auction that saw bidders splash out on prizes including a spa day, a gin distillery tour and work experience at Fortnum & Mason. Some paid more than £1,000 for a bottle of perfume.
But Agencia opted for something literally more down to earth and paid £4,000 to sponsor the well, which is now operational and providing fresh, safe drinking water for 120 households and a total of around 600 people.
Helen Gibson, managing director of Agencia, said: “Nobody else was bidding for it. We had a room full of 350-plus people, some of whom were large, multi-national companies, but it was just something I felt compelled to do. We showed some leadership in the auction and we demonstrated the ethos of our business.”
Helen added that members of the Agencia team hope to visit the well during the next year to see the benefits. She said: “We could just hand the cheque over and get a picture, but we have people who would love to get involved a bit more. I suspect one or two of us will try and go there to help.”
Since its inception in Ireland in 1993, Fields of Life has raised approximately £30 million, which has allowed the team to build 120 schools, educate more than 50,000 children and drill in excess of 700 wells across East Africa.
In the citation which accompanied the certificate, Fields of Life said: “Agencia have a very similar story of transforming organisations for 20 years, and we were delighted to work with them to bring transformation to a community in East Africa.
“The nearest water source for this school community was a congested well located 2km away, and the children missed hours of lesson time to walk this arduous journey daily.  This well, funded by Agencia and the Gibson family, is providing fresh safe drinking water for 120 households.”
Deborah Cameron, head of development and Fundraising at Fields of Life GB, said: “Reaching the 25-year milestone is an incredible feat and it is testament to the organisation’s hard work and all of the amazing people who have supported us over the years.  We are so grateful for the support we’ve received from Agencia and the Gibson family and look forward to continuing our relationship and working together to improve lives of some of the world’s most vulnerable communities for many more years to come.”
“It’s a privilege to be a part of this life changing work and through such partnerships with companies like Agencia we can see people’s lives being transformed.”