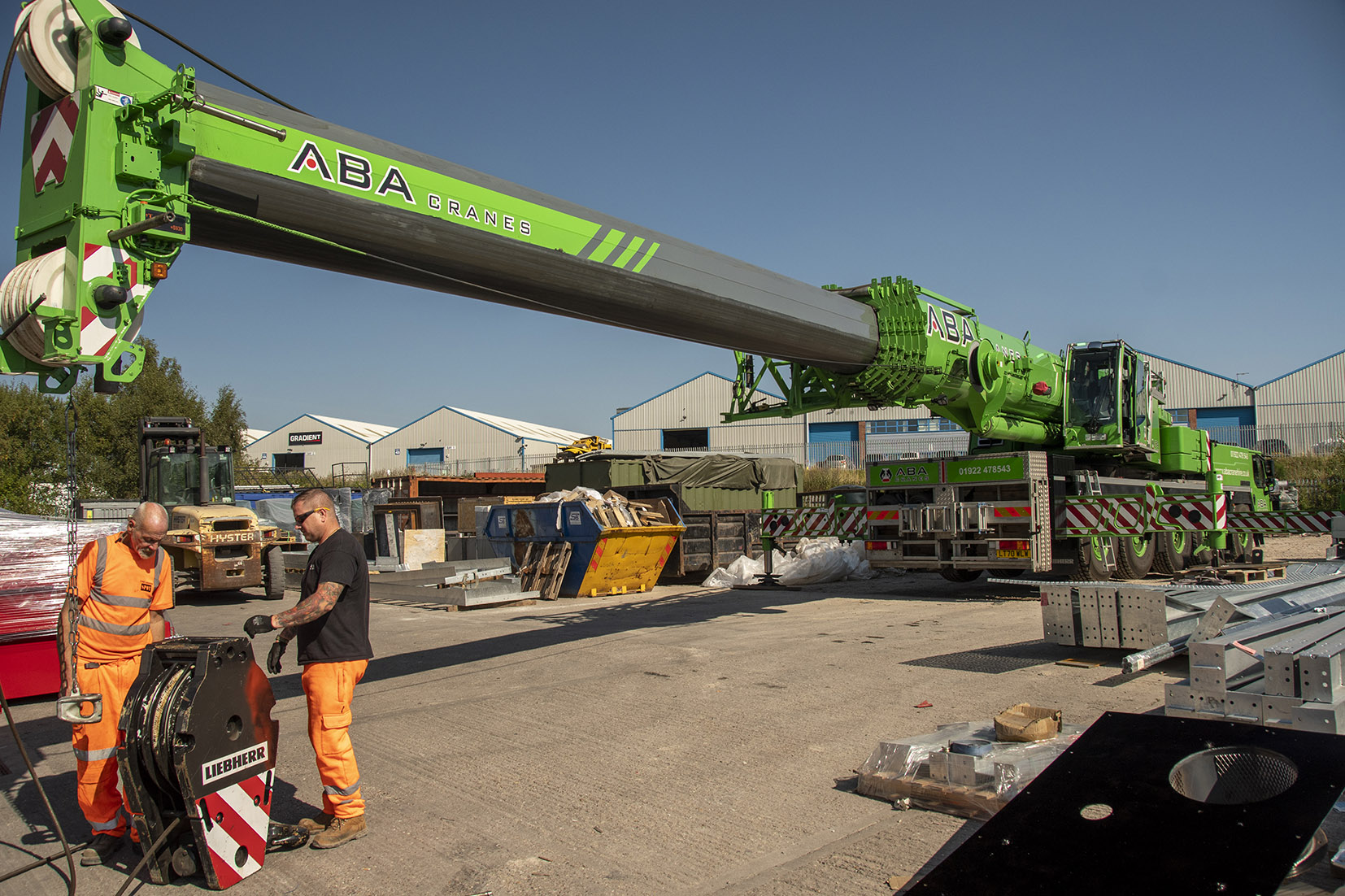 A crane hire specialist that has lifted African elephants into their new homes and rollercoasters into place has completed a five-year £10 million investment programme by adopting new safety technology to protect its staff and customers.

ABA Crane Hire had been looking for a new fleet management system that would allow it to track its cranes, while also improving visibility for its operators when travelling to and working on site.

The company, which employs 52 people at its base in Essington, turned to local specialist Spillard Safety Systems and Spillard Live, a new cloud-based platform that captures and streams real-time video and analytics simultaneously.

This industry-leading technology was fitted to the firm’s Liebherr LTM 1110-5.1 and the Demag AC 45 city crane and provides four live cameras, additional 180° cameras fitted down the nearside/offside and DVR turn left/right alarms.

“As you can imagine, driving these large vehicles is a skill in itself, but traditionally the operator will have little additional technology to rely on to give it maximum visibility from the cab,” said Adrian Baggott, operations manager at ABA Crane Hire.

“We pride ourselves on our excellent health and safety record and started to explore a range of systems that would help reduce the possibility of accidents by increasing visibility to see all around the crane/lorry.

“Our workshop manager had heard of Spillard Safety Systems’ technology and invited the company in to see how it would approach visibility issues and compliance on two cranes in particular and we were immediately impressed with what it gave us.”

Family-owned ABA Crane Hire has developed into one of the leading independent specialists in its field in the West Midlands, operating a 32-strong fleet of vehicles that include iron fairies, self-erecting towers and all terrain cranes up to 220-tonnes.

Installation of Spillard Live was completed quickly and efficiently on-site within a few weeks of the order being placed and has now been operational for just over four months.

Feedback from the drivers has been extremely positive, with their visibility dramatically improved and real-time access to the data proving important when an issue on-site was cleared up in a matter of minutes.

This involved some damage to the floor of a project which, at first, was thought to have been done by the ABA crane. On review of the video, you could clearly see this had already happened, relieving the firm of any liability.

Adrian added: “We have some excellent people working for us and our main priority is to keep them and the other individuals they work with safe.

“What we’ve got with Spillard Live goes way above our initial requirements and has made a massive difference when sorting out minor incidents on site and allowing us to see how effective our operators have been.

“One benefit we didn’t expect was being able to use the cameras to get a project update if a client wants a real-time progress report. We’ve been so impressed that we’ve decided to commit to installing it on every new crane we purchase moving forward.”

“We’ve invested over £750,000 into creating the best possible platform and ABA is one of the first companies in the crane hire sector to embrace it. From talking with Adrian and the team, the technology is delivering lots of operational benefits and, most importantly, keeping people safe.”