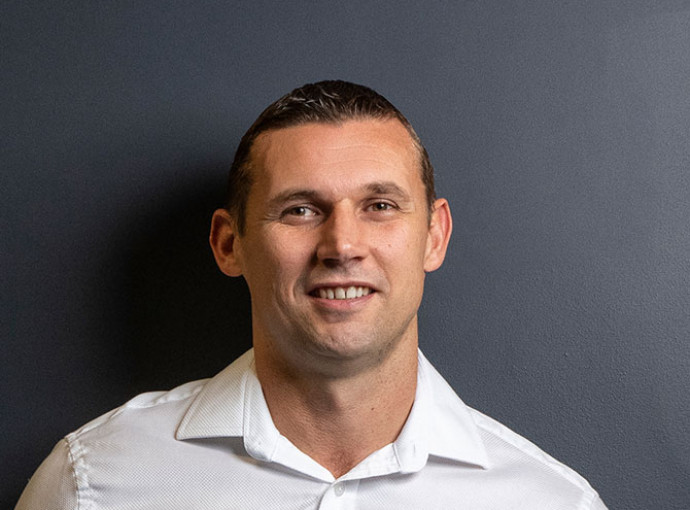 Even if you’re a technophobe who thinks a cloud market is where God does his shopping, chances are you’ll have heard of Giacom. That’s because it was announced as Hull City’s principal sponsor for the 2020-21 season – the first local firm in more than 10 years – and even despite the pandemic making matches off-limits to fans, it’s a move that Giacom CEO and Hull City fan Mike Wardell believes is paying off.

While Giacom might not yet have been on the public’s radar, its status as Yorkshire’s fastest-growing company had attracted the attention of the club. “They had seen it in the Insider and reached out to me,” says Mike. “I’d never really thought about it – I wasn’t sure whether it was the right idea to be spending a lot of money on sponsorship and branding – but I went to meet them and I was really impressed with the club’s commercial and marketing team. They came up with loads of ideas about what we could do.”

As the meeting wore on, Mike became more and more convinced that Giacom was the perfect fit for City. “It’s a football team, but it’s still a local business and it’s important to a lot of people. What I also realised is that the sponsor name could be on kids’ shirts now, unlike the previous sponsor which was a betting company. I was thinking, actually, what a good thing this would be to do, firstly for the club and, secondly, for the local community to have a local business on the shirt.”
It would also bring the company from “behind the scenes” into public view. “We didn’t have a local brand, or presence – people didn’t know we existed despite the fact we’re a £50 million company in Hessle.” And it gave Giacom’s staff a boost during dark times, Mike adds. “There was a real buzz – even people who didn’t like football, or didn’t support Hull City, were really quite lifted by it. I was a bit concerned about the fact that the stadium wouldn’t be open and it wouldn’t have the impact – but overall, from a business and community perspective, it felt like the right thing to do.”

It’s probably the most high-profile move yet in Mike’s exceptional career to date, and far from his original ambitions to write computer games. In fact, he had few real career plans at the outset. “I picked A-levels that I knew I was good at, rather than for the job I wanted, and I picked the university course I thought I’d be good at [accounting and computing], and that was really the extent of my thinking. At that age I’m not sure many have it figured out.”

However, he had a good head for numbers and picked up a solid work ethic from his finance director father, who would put him to work during the holidays. And while going into gaming sounded like a great idea, it wasn’t practical. “I had a choice to make,” says Mike. “I wanted to get the best degree that I could get, had to work to fund it and I also wanted to enjoy the experience, so finding the time to write a game that would be credible enough for me to get a job at one of the big gaming companies just wasn’t going to work.”

Mike did get the best degree he could get – after leaving with a first, it was time to go out into the real world. He went for an interview at KCOM, where the role of assistant financial accountant was the first of many during a 14-year career at the Hull telecoms giant. And it was Mike’s computing knowledge that was to propel him through the ranks there. The company was looking at a commission role based on a database that Mike had previously used his coding expertise to develop.
“They told me they hadn’t got the skills to run it, and that a consultant was currently doing it, but this wasn’t ideal – so could I help? I ended up in this strange role that ended up with me managing commission schemes and writing the coding behind the scenes – all kinds of weird stuff!”

Mike later moved up to commercial finance manager, and then head of commercial finance as the company restructured and went from KC to KCOM – but it was the various projects he really liked getting his teeth into, one of which was the roll-out of fibre broadband across Hull. He was part of a team of three who successfully made the business case for the superior ‘fibre to the home’ rather than to the cabinet – and Hull became the first city in the UK to boast such coverage.
In 2016, he became finance director, managing KCOM’s Exeter-based Eclipse internet brand, turning it from a loss-making outfit into a multimillion business, as well as the Mistral web hosting company in Brighton. “I think KCOM’s view was to pick places as far away from head office as possible to send me to!” laughs Mike.

Then came a phone call from recruiters about a position at Giacom, leaving Mike with a dilemma. He wasn’t exactly a small fish in a big pond at KCOM, but he would definitely be the big fish in a small pond at Giacom. “At the time I had options at KCOM, and I wasn’t really sure about a move to this quite small company. I’d be going from a firm with more than 1,000 employees to one with about 20 staff.”

At the time, LDC London was investing in Giacom, and was looking to recruit a finance director to strengthen the company’s management team. “Normally you’d just go for an interview,” says Mike, “but because they were looking to invest, I had access to quite a lot of the diligence documents and have a really good look at the company. I remember thinking, there’s loads of stuff we can do here.”

Within about a month, Mike was asked to take charge of the sales and marketing team. This, he says, was quite a leap for him, being the first time he’d managed teams of staff. “When that was announced, I thought, oh god, I’m suddenly responsible for these people – if I screw up here, all these people won’t have jobs.”

Of course, he didn’t screw up – far from it. A few months later, Giacom’s founder, Nick Marshall, asked Mike to become CEO, and not long after that, an investment from the private equity firm Livingbridge proved the catalyst for Mike to complete a management buyout, with LDC exiting and reinvesting a minority stake.

Mike realised he had to transform his business model as the boom in cloud computing was taking off – Giacom would need to become a software marketplace, not a software maker. “I was a bit worried that if we continued trying to build stuff with the five developers we had, we were probably going to be a little bit slower than the likes of Microsoft! So we needed to change the business completely, otherwise we’d have been the next Kodak. The way I thought of it was we wanted to be the Amazon of IT companies.”

So, how does this work? “An IT person or business setting up infrastructure for a small business can log on to our platform, put in their requirements and the application is automatically available, in the same way that I can click a few buttons on Amazon and a parcel will turn up the next day at my house. This is the same principle, but on software, and it isn’t the next day – it’s immediate.”Mike spent a full year getting the word out. Giacom’s list of products on offer gradually built up, it rebranded to the “cloud market”, and moved into new offices in Priory Park. And, having turned a £6 million business into a £50 million-plus one, Mike is now looking to capitalise on the home-working boom. “The current environment has accelerated things, but remote working was always going to be the future,” he says. “Why would you want physical stuff that can get kicked, damaged, unplugged? Cloud software used to be very expensive, and it wasn’t accessible to small business. You needed consultants; there were a lot of barriers – whereas now you can get it from our platform, without any contracts, and you can cancel whenever you want.”

It’s not just about the products, but the security – Mike points out that home workers are about seven times more likely to be victims of cybercrime – as well as vital IT support. “The marketplace is really only part of what we do now,” says Mike. “Our whole job is to make the IT person or business as effective and efficient as they possibly can be. We provide them with access to the software, marketing tools, how-to guides, and help them with training and technical competencies, and make sure our platform is that seamless for them to order what they need with no friction – so they can then spend their time and effort on giving IT support to their customers.” Hull’s Prestige IT Support is among the numerous happy customers – Giacom’s streamlined billing solution has saved the firm about half a day a week in admin and accounting.

Why not just go direct to Microsoft, though? What makes Giacom stand out? “We’re the one-stop-shop for all your IT needs,” says Mike. “I don’t believe anybody else has got the range we have – in fact, I know they haven’t. Plus, we only focus on small businesses, and we only focus on IT companies, so we’re not in competition with our own customers. And I think we’re different in that we put the customer at the centre of everything we do – we don’t do what’s right for us, we do what’s right for them. Even if it hurts us a bit financially, we should do it – because they will end up being more successful, which will help us all in the long run. Our focus is on making them grow.

Keeping things clear and simple is one of our main values – we put in the work, as keeping it simple is actually very complicated.”

Only about 30% of small businesses use cloud technology, says Mike, so there’s still huge room for growth; and despite the pandemic, September was the company’s best sales month yet. The Tigers were also flying high, at the time of writing – so we can only hope that it’s not too long before people can head to the game, proudly wearing their Giacom-branded 2020-21 shirts.