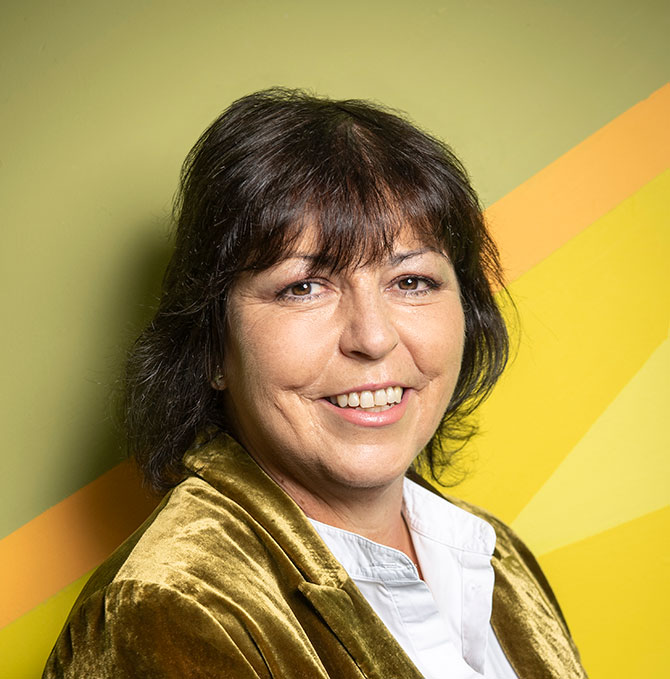 Linda Smith pulls few punches as she reflects on her career – and life – to date. “I am this girl from a rural background, little old me, from Worcestershire – it is fantastic that I have had these opportunities, and survived cancer twice.”

She talks of the encounters with cancer – of which more later – in much the same matter of fact manner as she considers her still embryonic role as founder and CEO of technology accelerator BetaDen, a ‘unique’ hi-tech initiative which aims to transform Worcestershire from a quiet rural county more aligned to tourism and idyllic rural villages into a thriving hotbed of 21st century technology and innovation.

Or, as Linda puts it: “Worcestershire needs to create opportunities to grow a future technology economy – I am very passionate about this area – we have some fantastic companies here, we just do not have enough of them.”

As the world embraces increasingly sophisticated software – with the pace of change seemingly on an ever-spiralling upward trajectory – Linda is the woman in the Worcestershire hi-tech hot-seat, charged with helping put one of the UK’s most beautiful rural locations firmly on the technology map.

In the shadow of the Malvern Hills and the science park, Linda and her small team at BetaDen provide a platform for businesses to develop next-generation technology, offering entrepreneurs, start-ups and scale-up businesses packages worth over £50,000, embracing everything from access to Worcestershire’s 5G testbed and expert mentoring to free office space and a ‘proof of concept’ grant worth up to £10,000.

In her own words, this ‘Worcestershire girl from a farming background’ came up with the blueprint for a commercial hi-tech initiative which is ‘one part of a big jigsaw, one leg on the journey.’ That journey is still very much in its infancy, more than 40 years after Linda’s own business career enjoyed its origins in the lecture halls of Plymouth Polytechnic, where she studied social policy.

“I originally wanted to be a journalist. I wanted to be on the Western Mail in Cardiff – they were taking on an intake of 18-year-olds after A-levels. I was turned down; you accept it and move on.”

Journalism’s loss ultimately proved to be technology’s – and industry’s – gain as the girl who hailed from the rural backwater of Callow End, near Worcester, left her home county to continue her education in Plymouth.

“Plymouth Poly was furthest away from the Midlands and it had the most male students. I was ready to get out and see different places. All my contemporaries were strong characters and we wanted to go and see the world.”

She headed back to her home area after graduating and took a job with Radio Wyvern. “It was in the early days of commercial radio – I was doing stuff like the horse-racing and the football results.”

But her big break proved to be an opening at an ‘early stage electronics company,’ Insight Vision Systems, where she made her first tentative steps into the world of technology in the mid-1980s.

“I got a job there as a Girl Friday. There were six people there when I joined and by the time I left there were 44 of us. It was working in miniaturised camera systems and thermal imaging technology. We sold to places like NASA – they bought equipment for the space shuttle launch pad – and the Japanese nuclear industry….I was cutting my teeth in export sales and marketing.

“It was an up and coming business and they could see my potential for learning on the job. We sold to 38 countries around the world and I learnt about export finance and export documentation. We were a small rough-cut business, but we were making things that were completely new to the market….these new technologies were in demand. I was made a director when I was 28.

“I learnt about taking new products to market, finance and administration around international trade….it was a career I never really chose; the career chose me. I felt that I had found my niche…”

But fate was to deal a devastating blow in the shape of her first cancer diagnosis in 1993, three years after the birth of her daughter. “I had been very busy but cancer changed me. I wanted to be alive and well, to be a mother.”

After divorce from her husband, Linda found herself back in the workplace after landing a job as an export adviser with the Herefordshire and Worcestershire Chamber of Commerce, enabling her to combine her career with motherhood before taking on a subsequent role as Director of International Trade.

“The Chamber was a fantastic employer. I worked taking trade missions around the world. I got to go to some very interesting places, Brazil, Mexico, America, all across Europe, Russia, Ukraine, Finland, Estonia. It involved lots of trade shows, exhibitions. From a trade point of view, we were taking UK business with expertise to discuss opportunities. It was a real mixture of companies across an array of services and products.

“This was little old me…I was no Oxbridge graduate but I learnt from experience  about different cultures, I met some amazing people, saw different lifestyles and different work ethics.”

Linda fought back from a second cancer scare in 2014 and her business CV was enhanced still further when she joined the Worcestershire Local Enterprise Partnership as Director of Enterprise in July 2017, a move that would sow the seeds for the exciting and innovative hi-tech prospect that is BetaDen, a concept Linda has helped to found and nurture while creating new opportunities for the next generation of 21st century entrepreneurs.

“Gary Woodman, CEO of the LEP, said to me: “Worcestershire needs a centre for entrepreneurship, why not develop us one of those?” It was the start of the BetaDen story…..

“It was a huge challenge to address. We had a Science Park which is 20 years old but not actively able to promote innovation opportunities. This was a way of capturing those people who have worked for larger technology companies and have brilliant ideas of their own which they want to bring to market. A technology accelerator idea was born.

“I created the BetaDen blueprint and took the concept to the LEP board members. I sold it to the board and the local stakeholders. We launched the brand in July 2018 as a nine-month accelerator programme with three phases to it, forming an accelerator plan, proof of concept and route to market.

“We are only at year three, we are still evolving. There are still not enough people who know what BetaDen is, what we stand for, this is all work to do.”

Linda is convinced that BetaDen can help Worcestershire gain new major inroads into the highly competitive world of UK hi-tech investment. “Worcestershire has fantastic connectivity with the M5 running right through the middle, and a good centre for growth in Worcester itself.

“The UK is seen as a hotbed for investment. There are Venture Capital companies coming in from overseas – it is a very agile market which follows the talent, often in Cambridge, Oxford or Bristol. Birmingham is seven or eight years behind some of that.

“In Worcestershire, there is this image of a rural idyll,  a pleasant place to live but not necessarily earn your fortune, a brilliant place to bring your kids up. But what careers are your kids going to have? They leave for university and do not come back. BetaDen is one part of a big jigsaw, one leg on the journey.

“Our local stakeholders are fantastic, everyone from the county council to the Chamber of Commerce to education providers and our technology businesses. But we will need more support from all levels to get Worcestershire really on the map.

“It is at a very early stage. I am pleased where we have got to in three years but the challenge will be trying to make a sustainable model with a reputation for delivering commercial technology. I think we have surprised some people by still being here, some people thought it would never work.

“We are very much on the march looking for future investment. Out of 30 companies, 10 have stayed on site and another 10 have stayed in the Worcestershire area. These are not fresh-faced graduates, they are experienced people in their mid-20s to mid-50s who have already cut their teeth in the world of technology.”

Linda said she hoped the BetaDen model would also attract hi-tech firms keen to outsource new ideas to the Malvern Science Park complex. “We want to make it relatable to businesses who want to off-site some new exciting technology development.

“They do not have to on-site it. We could host their innovation challenge. We want to focus on brand new areas of technology.”

She said Covid had already accelerated the pace of global technological development. “People have had to push technology through in under 12 months when more traditional timeframes would be traditionally three times longer. The pace of the digital marketplace has speeded up exponentially because of demand.

“Investors will now invest at an earlier, higher risk position than they would have historically. They are prepared to take higher risks. There is a demand for agility in technology-based solutions.”

Linda said the BetaDen model could be adopted worldwide. “We want to make BetaDen sustainable, give BetaDen a future for Worcestershire and beyond. So far, so good – it is up to Worcestershire to get away from this comfortable image. This is unique, it has never been done before. Why not BetaDen in Singapore?”

With applications for Cohort 5 of the BetaDen revolution now under consideration, the opportunities for bringing technology-based innovations to market have never been brighter in this charming slice of Middle England.

Or, as Linda Smith succinctly sums up the BetaDen model: “There’s no reason the next Amazon, Apple or Microsoft shouldn’t come from a uniquely UK Plc nation. We just need to join the dots to make it happen.”

If Linda gets her way, the next Jeff Bezos or Bill Gates could soon be cutting their hi-tech teeth against the stunning backdrop of the Malvern Hills…….