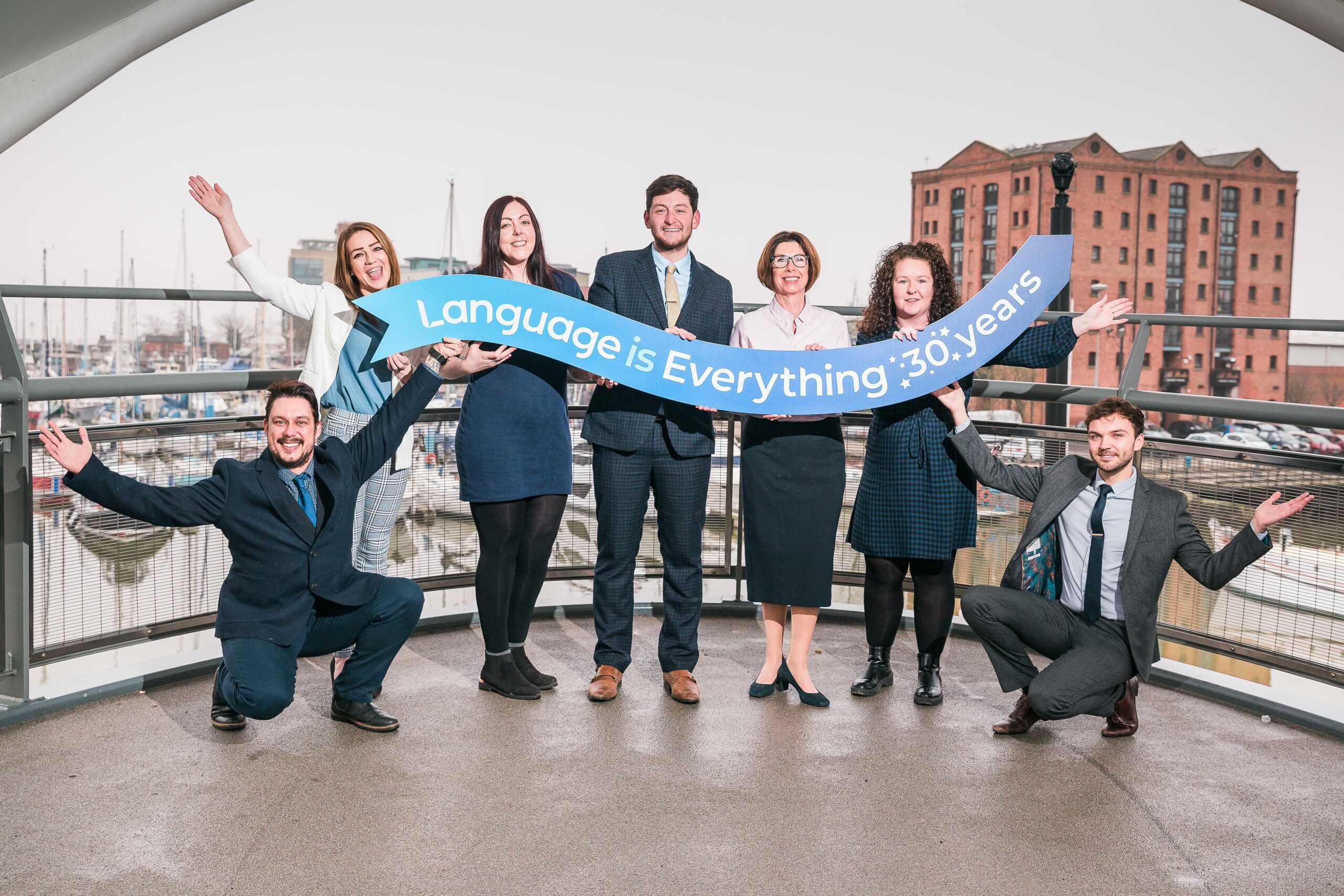 An award-winning interpreting and translation company is celebrating 30 years in business after a period of phenomenal growth.

Language is Everything doubled its turnover to £2.1m during its last financial year and is looking to the future with plans to increase market share of business customers, particularly those with the potential to expand into overseas markets.

The company, which has a dedicated team of more than 400 linguists, provides services to the public and private sectors across the UK and Europe managed by staff from its Hull head office. It has a national reputation for the quality of its on-demand telephone interpreting and a track record of nurturing employees and young talent.

CEO Carolyn Johnson said that the time was ripe for investment and implementing plans following the “all hands-on deck” situation during the earlier part of the pandemic.

“We want to help businesses to grow, so we’ll be using our services and the expertise we’ve developed over the last three decades to encourage more to look at overseas markets.

“It is fabulous to reach the 30-year milestone in such a strong position. From a personal perspective, the journey has been eventful, and I am very proud of what has been achieved by all involved.

“People have always been at the heart of our priorities, and we differentiate ourselves from some of our more ’automated’ competitors by providing a personal service which has led to us gaining a national reputation for the quality of our work.”

Managing director Lloyd Tidder, who joined as an apprentice seven years ago, said that the demands of the pandemic had proved the company’s resilience and ability to adapt. “We are a nimble and close-knit team, which enabled us to step in and help customers with additional requirements and rise to the challenge of an astonishing upturn in new business.

Last year the company was awarded third-best workplace for women in the UK by Great Places to Work and was crowned Outstanding Employer in a regional business award. It was shortlisted in five more award categories throughout Yorkshire. Lloyd Tidder, Language is Everything’s managing director, was named one of the Humber region’s top 30 employees under the age of 30.

Lloyd added that the awards had put the company in the spotlight and boosted the morale of employees and linguists who had worked “spectacularly hard”. “We intend to honour everyone who has played a part in our success during our 30th year celebrations including some of our customers who have been with us since the start.”

The business was started in Slough in 1992 and has been owned by Carolyn Johnson since 2010. She has worked at the company since 1995 and was one of three directors when it moved to Howden in 1999.

She bought the business when the other two directors wanted to sell to a large competitor, and moved Language is Everything to Hull in 2011 to take advantage of the city’s bigger workforce and potential for private sector growth.

Language is Everything supports community initiatives and charities, both locally and nationally, through sponsorship and fundraising. It is currently sponsoring the boxer Lewis Sylvester and Hull City AFC.